“It is a huge honour to be recognized for the work I have done," said Canmore's Laurissa Brousseau. “I enjoy the work I do. I want to continue to make a positive impact in my community.”
Aug 3, 2020 8:10 AM By: Evan Buhler 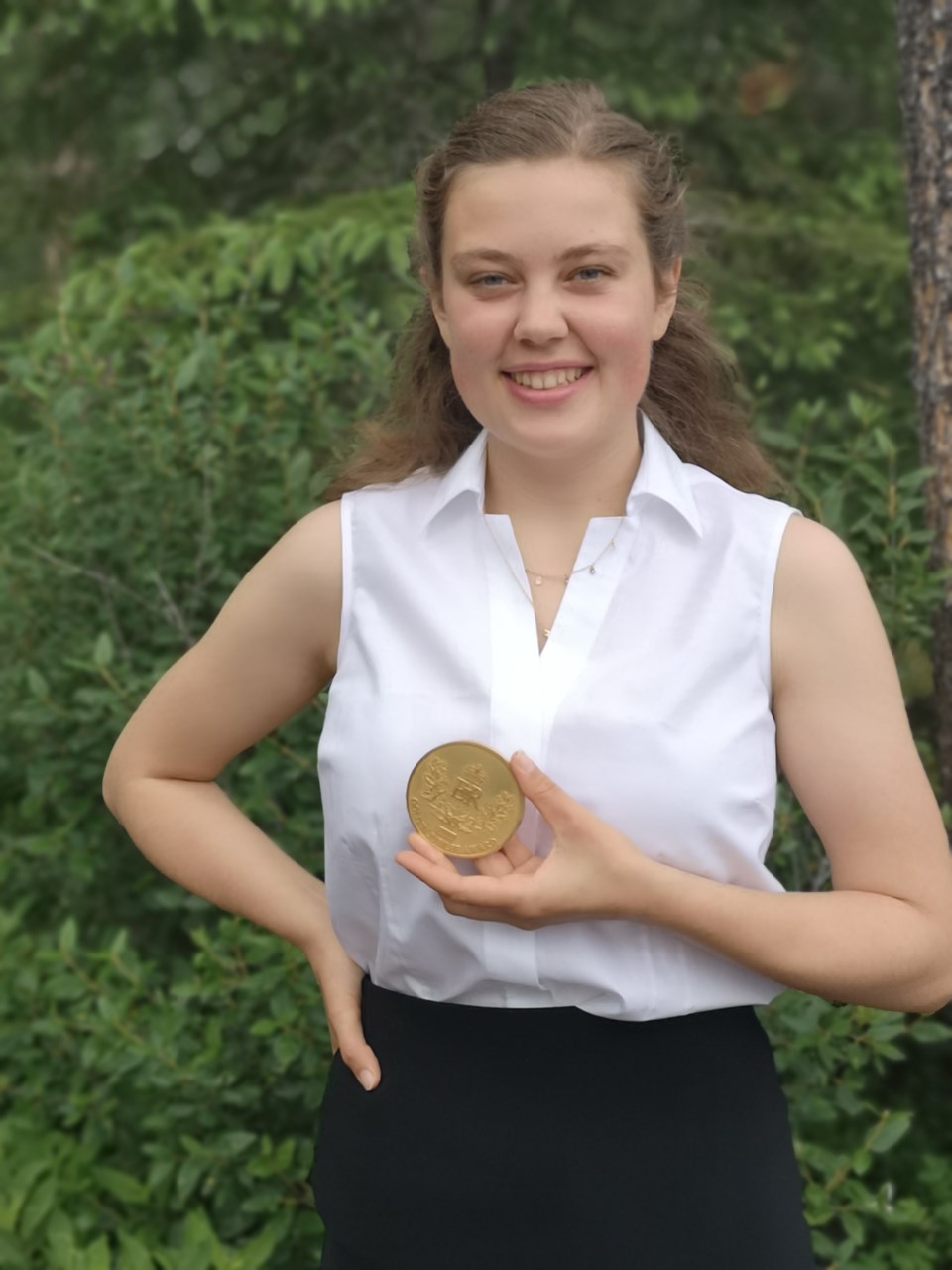 CANMORE – What do you get when you combine citizenship, leadership, community service and volunteer work?

In a virtual ceremony at Government House, Lt.-Gov. Lois Mitchell bestowed the honour upon 10 Alberta students.

“It is a huge honour to be recognized for the work I have done," said Brousseau. “I enjoy the work I do, and I want to continue to make a positive impact in my community.”

The Canmore-born Brousseau graduated from École Notre-Dame des Monts in 2019 and is now enrolled at the University of Ottawa. Brousseau checked all the boxes as an award winner.

As a student, she was a representative on the board of directors of Francophonie Jeunesse de l'Alberta. In that position she helped plan numerous student provincial gatherings and participated in discussions that led to the implementation of a Francophone Gay Straight Alliance across the province.

“It was important for me to be a part of those discussions. Giving those people who are marginalized a voice and support is what I want to focus on in the future,” she said.

Brousseau also served as president of the student council, where she organized celebrations and encouraged the student body to participate in charitable events.

The 19-year-old served as a captain of the 878 Banff/Canmore Air Cadet Squadron and cites her time as a cadet as an important part of her “growing up.”

“I learned so much as a cadet – especially leadership and public speaking," she said. "I feel being a cadet has prepared me for my future.”

In 2017, Brousseau participated in a humanitarian trip to La Denta, Nicaragua, where she helped build a well and water system.

As a university student, she has not yet taken on any extra curricular activities, but come this fall she said she will become more involved.

“Being that it was my first year at university and being far from home, I wanted to focus on getting my bearings and get comfortable in Ottawa.”

“Originally, I started volunteering when I was younger because my mom wanted to keep me busy,” Brousseau said with a laugh. “Well, now it’s part of who I am. I will always keep myself busy with helping others.”

As a winner, Brousseau received a $5,000 scholarship and a medal from the program, which was established in 2002.