The $50 million project to be called the Tamarack Lodge, approved by Canmore’s Planning Commission (CPC) in October 2019, has a tourist home permitted use and is already 80 per cent sold out.
0
Feb 27, 2020 1:00 PM By: Alana MacLeod 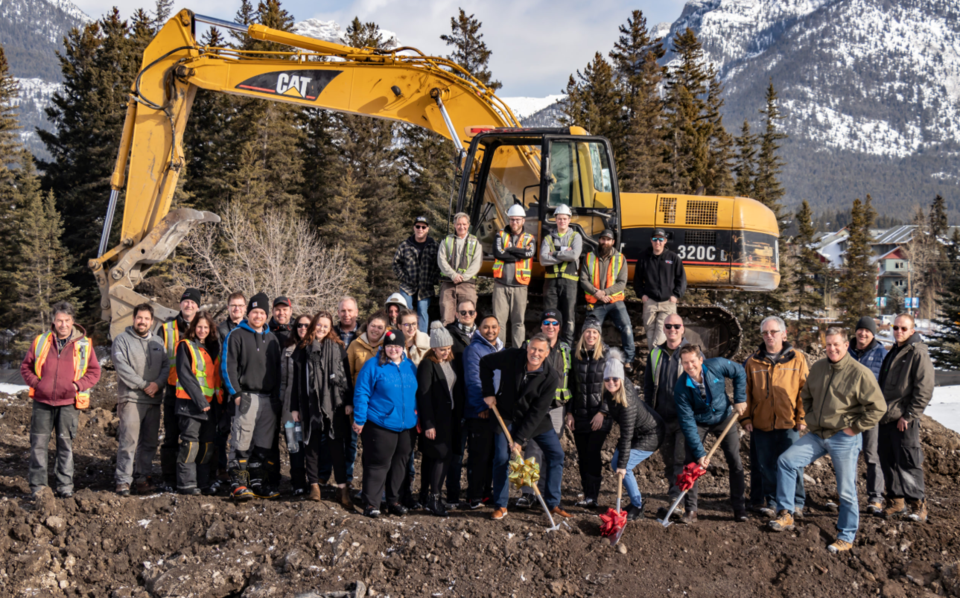 The $50 million project to be called the Tamarack Lodge, approved by Canmore’s Planning Commission (CPC) in October 2019, has a tourist home permitted use and is already 80 per cent sold out.

“The beauty of this building is that it’s 80 units, but it’s also tourist home designated. I’m one of the only developers in Canmore that [offers this]. When they did the land use bylaw back in 2004, the Town was looking for us developers to provide areas for [tourist homes] so people would not have illegal vacation condos,” said developer and owner at Spring Creek Mountain Village Frank Kernick during a phone interview.

“Since I started designing Spring Creek back in 2002, got my approvals in 2004, and started my first one in 2006, this has always been the heart of Spring Creek. [It will include a courtyard that] has a beautiful water feature … it will be a space where people can skate in the winter time, hang around there when there’s a water park in the summer time, and there’s buildings around that. That’s what’s unique about this – we’ll finally add a village square.”

According to a press release sent out by Kernick’s team, the Tamarack Lodge would be the eighth and largest mountain lodge in the Spring Creek neighbourhood.

“An important milestone, the groundbreaking marks the halfway point of the master planned neighbourhood,” the release said.

The lodge is one of few developments the Town of Canmore has approved for tourist home usage; meaning owners are able to rent out their condos for either permanent or short-term rentals.

On Oct. 9, 2019, CPC approved the 80-unit development, proposed as two buildings, one at 3.5 storeys and one at 2.5 storeys, separated by an interior courtyard.

One of the buildings required a
3.2-metre height variance, while the other requires a 2.8-metre variance.

Nathan Grivell, a development planner for the Town of Canmore, told the CPC in October that the height variances are affected by the parkade, which would be raised up for flood and ground water protection, thus pushing the building up higher.

“It does exceed the bylaws in the following areas: it provides geothermal heating, the applicant has committed to achieving certified Built Green level gold, as well as achieving a minimum of 16 per cent better than the 2015 NECB requirements, and finally providing 40 more bicycle parking stalls than required,” he added.

The building will also include a grocery store, a restaurant and an office unit as permitted uses.

“It’s a unique height… the commercial space will hopefully have a grocery store… It’s a beautiful spot for a high-end restaurant,” said Kernick.

Kernick said 80 per cent of the condos offered in the new development have been sold already.

However, options still remain for one, two or three bedroom suites, a fact echoed in the press release.

The Tamarack Lodge is set to be completed and open by 2021.