There were 39 businesses who received funding from the Town of Canmore and Bow Valley Chamber of Commerce's restart fund that aimed to provide financial help for COVID-19 related expenses.
Feb 26, 2021 7:00 AM By: Greg Colgan 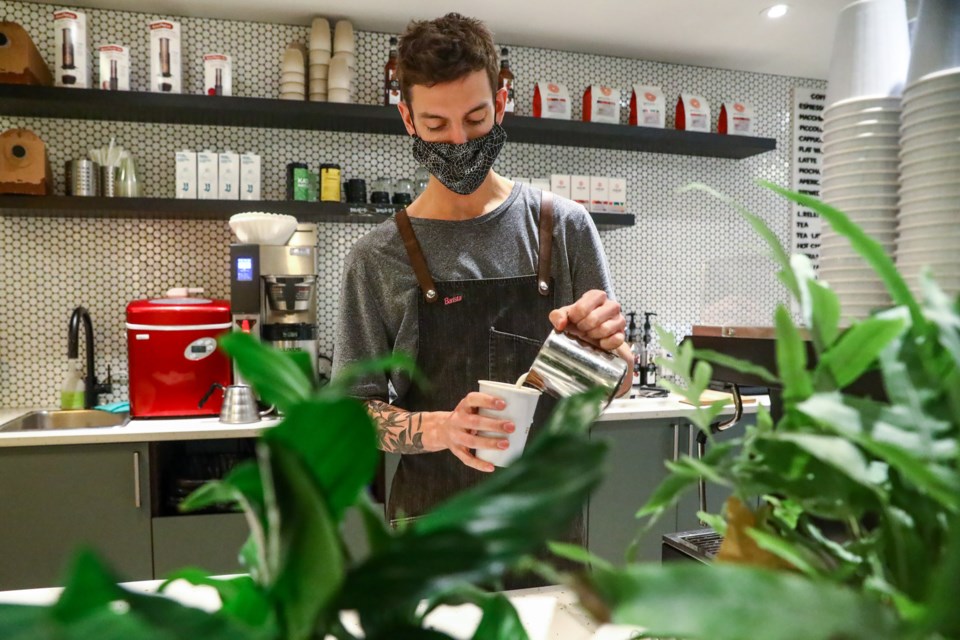 CANMORE – As businesses in the region struggle to survive during COVID-19, every initiative put forward was able to help keep their heads above water.

“It was a great initiative for a lot of businesses,” said Dean Smolicz, the owner of Eclipse Coffee Roasters. “We’re not talking about big sums of money, but every little bit helps.

"It was really appreciated.”

Smolicz said after applying online, his business was able to use the funding for personal protective equipment, barriers and extra seating for the café's downtown location on Main Street.

While they had already bought the seating prior to the launch of the restart fund, Smolicz said it helped cover costs and also expand the outdoor patio to allow for up to 10 people. The aim is to have the patio up-and-running year round, especially with the likelihood of limited indoor seating for the foreseeable future.

Smolicz noted the past two months have been tough as they “tread water to stay afloat,” but having the coffee roasting operations separate from the downtown café – which was opened in February 2020 – has helped.

“We’ve done pretty well since we’re also a manufacturer instead of just the restaurant," he said. "Our manufacturing side of the business is producing and selling bags of coffee, as opposed to drinks. It’s a bit of an advantage.”

The money provided by the Town went to 35 Canmore businesses, while the chamber’s funding went to four businesses in the Bow Valley.

Among the eligibility requirements, businesses needed to show expenses related to pre-opening deep cleaning, re-opening inspections that may have been required, and purchasing personal protective equipment and cleaning supplies.

Operational costs, travel, food and accommodations weren’t eligible, according to the report.

The report noted $2,180 of the money was returned to the Town of Canmore’s economic recovery fund.

Heather Leier-Murray, the secretary for the Bow Valley Chamber of Commerce, told Canmore council at its February committee of the whole meeting that grants were awarded between July and November 2020.

There were two rounds of applications. The first finished in August and the second was concluded in September.

The three-person selection committee had representatives from the Town of Canmore’s economic development office, the Bow Valley Chamber of Commerce and one from the local business community.

Canmore Mayor John Borrowman said the funding “was really necessary given the number of business that were involved and benefited.”

He also applauded the chamber’s active role in helping local businesses with the fund.

“Hopefully, we won’t encounter quite as much difficulty in the business community this year, but it’s very reassuring knowing the chamber’s in place and ready to help.”