The newest construction zone on the Trans-Canada Highway will focus on the remaining 4.8 kilometres of the 26 km involved east of Golden B.C. and is expected to involve extended closures to complete the work
0
Sep 10, 2019 3:04 PM By: Alana MacLeod 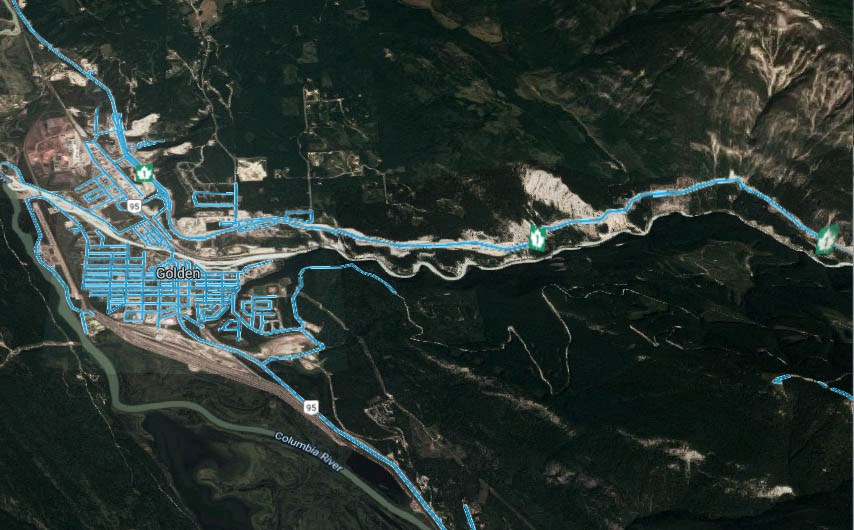 The final portion of the Trans Canada Highway to undergo construction is east of Golden, B.C.

GOLDEN B.C. – The government of British Columbia is entering phase four of a project that aims to improve the safety and mobility along the portion of the Trans-Canada Highway running through Kicking Horse Canyon, east of Golden, B.C.

The newest construction zone on the Trans-Canada Highway will focus on the remaining 4.8 kilometers of the 26 kms total the project aims to improve and will require complete closure of the highway at times.

"This is a complex project and at times full highway closures are unavoidable," wrote B.C.s Minister for Transportation and Infrastructure, Claire Trevena, in an email to the Outlook.

“A traffic management strategy is being developed that minimizes traffic disruptions during the peak summer and winter travel periods."

According to a press release issued by the B.C. government, the last stretch of highway is expected to be the most difficult to work on.

“The final and most challenging two-lane section is now being prepared for transformation into the same modern four-lane standard,” read a press release from the B.C. transportation department.

Trevena further explained the “portion of the Trans-Canada is sandwiched between steep rock faces above the highway and the Kicking Horse River and CP Rail tracks below it.”

The Minister said early project work isn’t expected to begin until late next summer  but due to “significant public and stakeholder engagement, "a traffic management plan is being explored."

The following principles are listed in Trevena's email as the main principles expected in the plan:

• Avoiding daytime closures and minimizing even brief stoppages during the summer;

• Emphasis on night-time work, year-round – this is when shorter full closures might occur.

“An alternate route, using Highway 93 and Highway 95 will be implemented during full clousure of the Trans-Canada Highway,” she said.

“We are also working with our community stakeholder groups to address the needs of emergency service providers, school bus and local commuters. This includes discussion with the BC Trucking Association, to understand the effect on the movement of goods.”

The final phase of the project will see the last 4.8 km through the canyon from West Portal to Yoho Bridge widened to four lanes, which will include wider shoulders and a median barrier. Trevena said it will improve the alignment of the highway including 13 curves, mitigate snow avalanche and rock fall hazards, as well as see more wildlife fencing and passages in order to reduce animal-vehicle collisions.

The multi-million dollar project was initially approved for $450 million in 2016. However, due to additional work – including consultation with Indigenous groups, archaeological work and field investigation – the project budget has been increased to $601 million.