“There’s a number of different reasons why the doctors in that clinic said they are leaving. Some of them literally don’t like government, and literally beyond that with COVID we know that family physicians on the fee for services model are challenged,” Notley said.
May 29, 2021 12:00 PM By: Chelsea Kemp 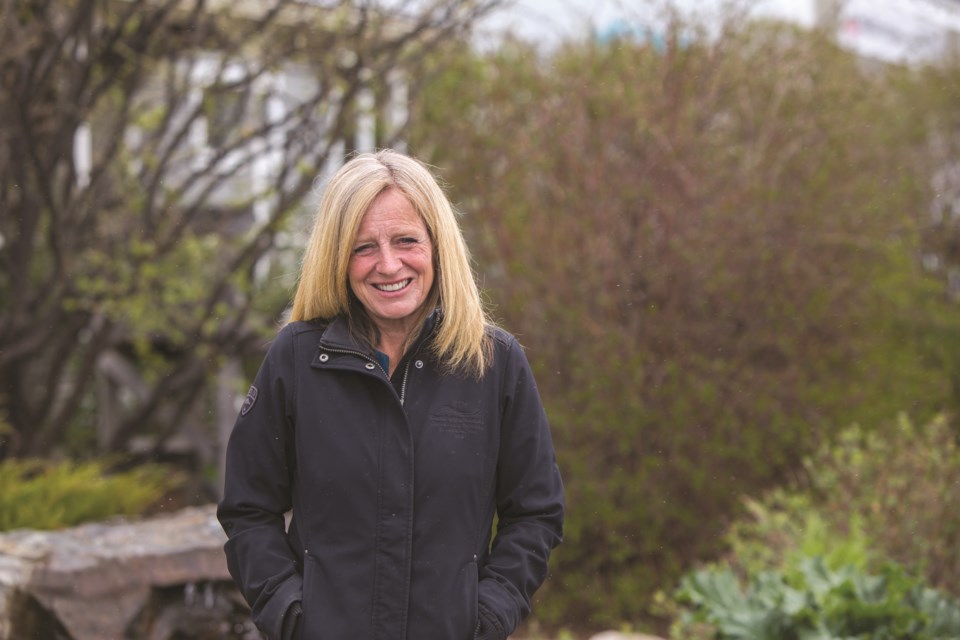 COCHRANE – The leader of Alberta’s official opposition is calling on increased support for Alberta’s health care system to help front-line workers battling in the COVID-19 pandemic.

In February, NDP leader and former premier, Rachel Notley called for an additional $3 billion in funding for health care in the province. These funds would serve two major purposes, she said, to return health care funding to the same levels as 2019 based on inflation and population growth and for COVID-19 support.

The virus has increased health care costs and she suspects temporary surge funding will be needed to deal with the backlog of cases created by COVID-19 once hospitals return to normal operations, Notley told The Cochrane Eagle in an interview Thursday (May 20).

The funds would also help with primary care costs, a growing issue in the Cochrane area – Notley cited the recent closure of the Cochrane Primary Care Centre as an example.

“There’s a number of different reasons why the doctors in that clinic said they are leaving. Some of them literally don’t like government, and literally beyond that with COVID we know that family physicians on the fee for services model are challenged,” Notley said.

To alleviate the issues doctors face, she said, a health minister must work to manage the pandemic and work with front-line health care workers to offer them support during the pandemic.

Health Minister Tyler Shandro has created a challenging situation in a health care system that is already complicated, she said, and those paying the price are Albertans who can no longer find a family doctor.

“A lot of doctors don’t trust this health minister so they’re picking up and they’re going,” Notley said.

The war on doctors will end up costing the province more as they are forced to recruit physicians back to Alberta, she said, and in the meantime will leave many families travelling to more urban areas for basic health care.

She noted it will take hard work to rebuild relationships with doctors citing a recent poll from the Alberta Medical Association indicating 98 per cent of physicians do not have trust in Minister Shandro.

“Kenney needs to move Tyler Shandro out and put someone in who is capable of establishing a working relationship with Alberta’s doctors,” Notley said. “If I were him, I would start looking pretty quick.”

She added additional steps need to be taken to address ambulance coverage shortages in the province.

“The reality is, and it’s been said over and over, that the high-demand areas, which are often in the denser cities, will draw ambulance services into them if you have a borderless system,” Notley said.

She noted ambulance shortage can be traced back to the cancellation of the Hospital Emergency Liaison Officers (HELO) program. The program was designed to help mitigate the issue of ambulance coverage in rural areas and Calgary’s bedroom communities. Staged officers were placed in hospitals allowing paramedics to hand over patients and into ambulances faster.

“It was a pennywise pound-foolish decision of Tyler Shandro to cut the HELO program,” Notley said.

Notley added 24/7 coverage at the Cochrane Urgent Care Centre is one possibility that could be considered to help with ambulance shortages.

“I think that’s something that would need to be considered and in the long term would take pressure off of on other things within the system.”

Trust in Alberta's health care system is an important factor, she added, and the inconsistent messaging regarding COVID-19 public health measures have largely fuelled public distrust in health restrictions and vaccine hesitancy.

Notley added the number of these Albertans is a smaller group than people think, but, the group has been encouraged to grow because of the contradictory information provided by Premier Jason Kenny.

Notley called on Premier Kenney to show leadership and provide consistent messaging to the people of Alberta regarding public health measures and vaccines ultimately supporting our health and safety, freedoms and the economy.

As part of exploring ways to boost the economy, Notley said, the NDP was proud to propose and draft legislation calling for 10-day paid sick leave in Alberta.

Other provinces have seen the provincial government fund paid sick leave between three and five days.

“What we’re proposing is that the provincial government essentially draw in the federal dollars for their program and sort of envelop them and create a streamlined system where the benefits would be available immediately through the employer's payroll at the rate of pay that the person was actually earning,” Notley said.

The legislation has been driven by evidence showing paid sick leave can reduce workplace transmissions and overall COVID-19 transmissions by around 50 per cent.

“If people can afford to stay at home when they get those symptoms, when they’re told they're exposed to somebody who has the virus, then they’re not going to spread it,” Notley said. “If they are scrapping to make ends meet – to pay their rent, to put food on the table, then taking a day or two weeks off in those circumstances, they just can't afford to do it.”

Notley said between 65 to 75 per cent of working Albertans have lived this experience and paid sick leaves would be to their benefit. She noted the Calgary Chamber of Commerce has supported the proposal.

To support additional economic recovery in the province Notley and the NDP have called on the provincial government to put additional resources into the Small and Medium Enterprise Relaunch Grant.

While the grant is intended to provide up to $10,000 to businesses, Notley said, smaller businesses will never see anything close to that amount based on funding calculations.

“That’s not the kind of short-term support that businesses were promised when they were told they would have to shut down or reduce their operations during their restrictions,” Notley said.

After the first lockdowns, larger stores were able to stay open, while small businesses were placed on standby watching, and many are still recovering from the economic fallout.

Economic recovery will be the focus of Alberta as the COVID-19 pandemic comes to an end, she said, and there is no singular path that will get the province there.

Notley said she fears the province’s failure to diversify the economy will lead to growing inequality in Alberta.

“What we need is a really engaged economic strategy that will counter those things, that will focus on job creation, focus on an inclusive recovery, focus on partnering strategically with the public sector and rejecting this idea that you need to rush to the bottom in order to be competitive internationally,” Notley said.