CANMORE – Canmore council is being asked to consider approving plans to implement paid parking downtown in combination with fare-free transit in 2019.
Nov 29, 2018 12:00 AM By: Tanya Foubert 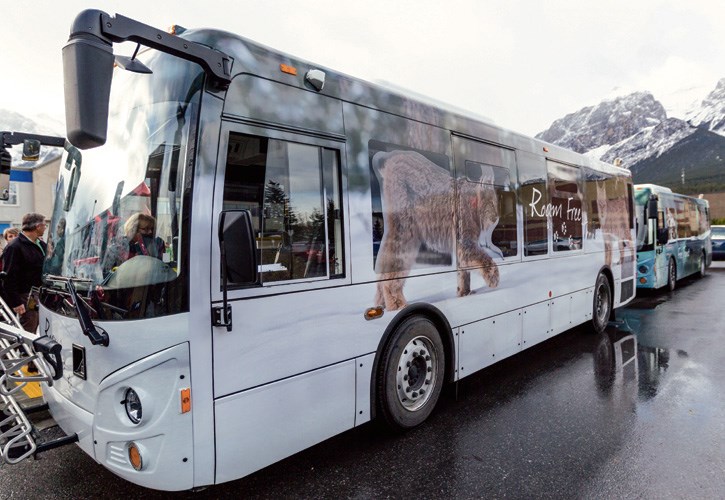 Canmore council is making transit fare-free as of May long weekend.

CANMORE – Canmore council is being asked to consider approving plans to implement paid parking downtown in combination with fare-free transit in 2019.

Although discussed by council this fall after a summer fare-free transit service, the proposal to make it a permanent service came as part of the 2019 operational budget review. Chief Administrative Officer Lisa de Soto told council at a finance committee meeting that the aim is to pay for fare-free transit through paid parking revenues.

“That actually would be a net neutral decision,” de Soto said. “But what we need to understand from the finance committee is whether something like that is approved with the budget, or do we plan the delivery process and approve it through a separate motion?”

General manager of municipal infrastructure Michael Fark suggested that while it is in the budget for approval, administration would bring back a detailed implementation plan for how the change in parking and transit would work.

The amount estimated to implement a period of fare-free transit in 2019 is $150,000 in the operating budget. The paid parking proposed, as set out in Integrated Parking Management Plan in June, would apply to on-street parking stalls only. Other parking changes in the plan included a shift from two-hour limits, to four-hour limits for some parking.

“When we did the integrated transportation update and parking strategy and discussed that with council and the community, we were not proposing to do paid parking throughout the entire downtown,” Fark said. “The opportunities for revenue generation from paid parking are not massive because we are only proposing a limited amount.”

The total operational budget for Roam transit for Canmore is $1.08 million, with an increase of $113,000 proposed as a result of fuel expenses, parts, maintenance, labour and new positions. While Canmore pays for the service, Bow Valley Regional Transit Services Commission delivers its operations.

Fark said revenues for the relatively new service are below what were originally expected.

“When we rolled out the service two years ago, we made predictions around ridership and fares,” he said. “We achieved lower ridership than projected, but it is getting better as the service matures.

“More importantly, we made projections on revenues based on that ridership based on full fare, whereas what we are seeing is the majority are taking advantage of discount cards.”