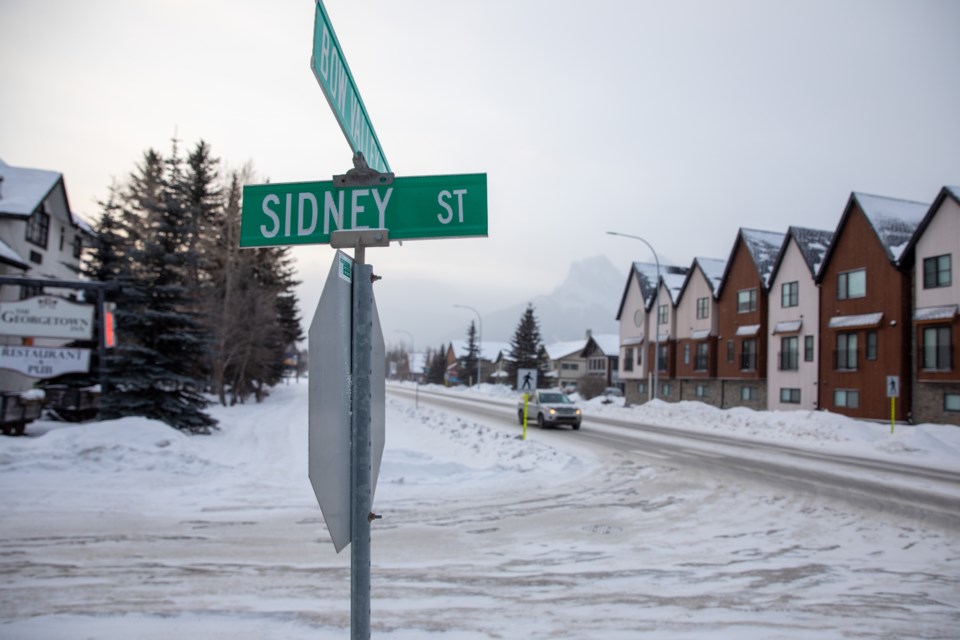 CANMORE – A massive snowfall in December used up almost half of the Town of Canmore's snow and ice control contracted services budget, forcing the municipality to consider options for snow emergencies.

In a report directed to council during its regular Committee of the Whole meeting on Tuesday (Feb. 18), the streets and roads supervisor said administration learned some valuable lessons on snow and ice control during and following the clean up of the record snowfall.

“We received approximately 45 to 60 cm of snow during that time and there was rain mixed in there around Friday night, and temperatures right around zero degrees, which made things challenging,” said Geordie Heal, the Town’s Streets and Roads supervisor.

“Increased driving hazards, cars driving on the heavy snow packing it down, and then literally flooding it [and] making an ice rink, and there was increased traffic in town due to it [being] the weekend prior to Christmas.”

Heal said the timing of the snow fall was most impactful as some people had already taken vacations, including contractors. He said additional contractors were on-call and some staff from both the Town's streets and roads department, as well as the parks department, helped out. In addition to this, a new snow and ice policy was approved earlier this year that would see the 48 transit stops as a priority one area, further impacting the service levels.

“We managed the transit stops and the trails, so one of the key things to point out here is with 48 transit stops as a priority one item, virtually everybody available from the Town was deployed on transit stops,” he said.

“So it left the pathway system. The situation identified here is we have trained operators of our equipment that could be running on pathways and we had to deploy them on the public transit system, which is important – it caused an effect for being able to deal with the trail system.”

In addition to this, the Town utilized two plows from Volker Stevin and additional equipment; skid steers, loaders, trucks and a grader. Snow was stockpiled in different areas of the Town, Heal said, removing a total of 50 to 70 truckloads of snow a day, amounting to 1,500 truckloads removed in total.

Coun. Joanna McCallum asked Heal what the department looks at when it decides on a budget for snow and ice control. At this point, the Town's public works manager Andreas Comeau stepped in.

“What we’ve done in the past is we’ve looked at the last four years of trending actual costs, and that’s helped determine what we forecast will be for the coming budget cycle,” said Comeau.

“Is there any consideration to ‘oh, we haven’t been hammered in four or five years, we might get hammered this year,’ within that budget – which is not very scientific nor incredibly defensible, I understand that, but I just wondered, because I get that question,” said McCallum.

Comeau said that moving forward, the department intends to plan for events, such as the December 20th to 22nd snowfall, in the future.

“We’ve learned from this, it will make its way into the next budget cycle next fall,” he said.

Meanwhile, community members have been vocal on social media, with posts on Facebook groups such as Bow Valley Community Connections and Bow Valley Network, complaining about the snow removal.

Community member Camila Contreras broke her leg slipping on ice while crossing the road outside of Georgetown Pub in early January. She required surgery from the slip, and said she’s since contacted the Town about the issue.

Visit https://canmore.ca/municipal-services/road-maintenance/town-of-canmore-511 for more information on the Town’s snow and ice control policy.