At least seven restaurants and bars in Canmore took the precautionary measure to close, or stop in-person dining, to limit the spread of COVID-19 in the community. Only a few reported a confirmed case, while others cited contact tracing as part of the reason for their decision.
Mar 31, 2021 5:45 PM By: Greg Colgan 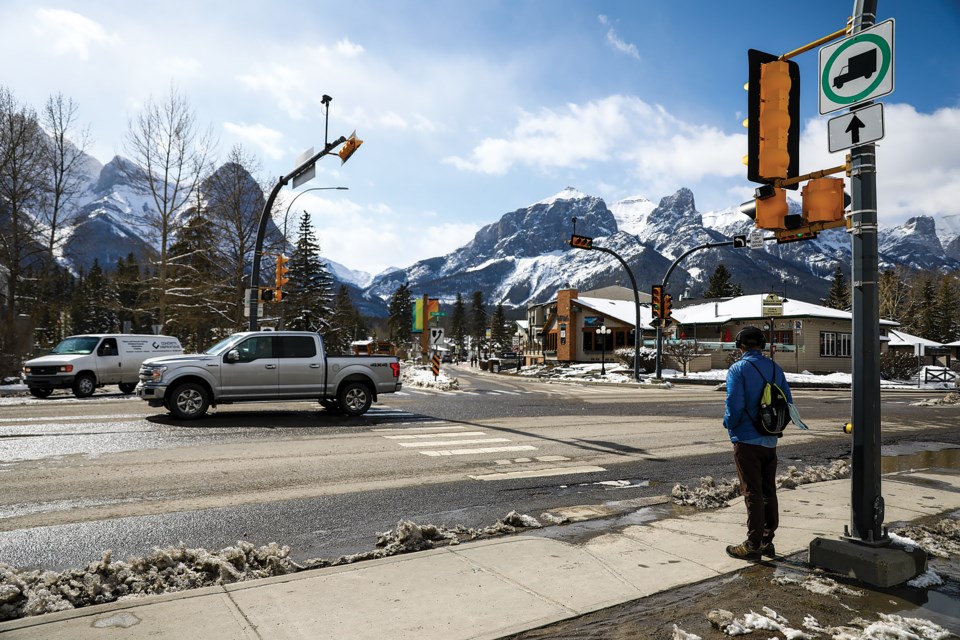 CANMORE – A number of Canmore restaurants have temporally closed their doors to in-person dining this week due to COVID-19.

The Outlook confirmed at least seven eating establishments either made the change because of a positive COVID-19 test, or as a precaution to limit the virus spreading more quickly in the community. While only a few had a confirmed case, others are closing in-person dining and continuing takeout in an effort to stem the possible spread of the virus.

“By and large, Canmore residents and visitors have been aware and I think that’s a reason we’ve been able to largely maintain a fairly healthy community in regards to COVID,” said Canmore Mayor John Borrowman . “We all just have to work together since we’re almost at the end.

“We can’t relax quite yet. We all have to be vigilant and follow the guidelines that we all know now.”

On Facebook, The Rose and Crown, Tavern 1883 and Wild Life Distillery all confirmed at least one positive case at each location.

All noted that staff were getting tested and the decision to limit service levels was due to the short-term risk to the public.

“Transparency is key. … We are confident that our strict health and sanitation practices within the distillery would have prevented any risk to our customers and community,” Wild Life Distillery posted on Facebook.

Alberta Health Services (AHS) said Tuesday afternoon (March 30) there were no declared outbreaks at restaurants in Canmore and no closure orders have been issued.

“Any closures that are occurring would be voluntary,” said James Wood, a spokesperson for AHS.

Though some businesses did not have confirmed COVID-19 cases, they took a cautious approach of closing in-person dining to limit the potential spread of the virus.

Rocket Pie Pizza announced it would close on Monday night out of caution after several businesses said they had a positive case. The pizzeria reopened Tuesday, but only for takeout.

David Carruthers, the co-owner, said he was buying basil at the Bow Valley Garden Centre when his “phone lit up like a Christmas tree” with text messages. Within an hour, four restaurants in town had closed and he held a virtual staff meeting on WhatsApp.

The decision to temporarily close in-person was made, while takeout resumed Tuesday.

“It’s not the right time to have a lot of people together in the same room," Carruthers said. "It’s about the safety of the community, staff, friends and family. It’s an obligation we owe travellers passing through.”

In the Bow Valley, businesses have been hammered over the past year due to the pandemic.

A pair of lockdowns and public health restrictions have significantly affected employers' bottom line, as well as their ability to employ as many staff as they normally would.

Upper levels of government have offered financial assistance throughout the pandemic, and local organizations have stepped up to help with food assistance. Tourism Canmore Kananaskis also has the Hope for Hospitality program that allows people to contribute money to provide food gift cards for people in the tourism industry who find themselves out of work due to the pandemic.

Though the new positive tests are further hampering the community’s ability to fully function during the pandemic, it can also be seen as a minor positive with businesses voluntarily taking steps to prevent a further spread of the novel coronavirus.

Borrowman said it was good to see businesses taking the initiative to protect the safety of the community.

“Our business sector is being very responsible," he said. "Not only in the food and beverage sector, but across the board. A number of restaurants voluntarily changed their method of operations in response to COVID without it being made mandatory.”

According to the Alberta Health Services website, there were 23 active cases in Canmore as of Wednesday afternoon. The MD of Bighorn, which includes parts of the Stoney Nakoda First Nation, has nine, while Banff and Lake Louise has 35 and there are none in Kananaskis Country, as of Wednesday.

Alberta has 8,350 actives cases, with 301 in the hospital and 63 in intensive care units. Of the active cases on Wednesday afternoon, 2,660 are variant of concern, comprising 31.9 per cent of total confirmed cases.

Since the beginning of the pandemic, the province has had 1,990 COVID-19-related deaths and conducted 3,706,367 tests. There have also been 634,997 vaccines administered and 101,298 fully vaccinated, as of Wednesday afternoon.

In neighbouring British Columbia, further restrictions were announced on March 29 that closed indoor dining as COVID-19 cases climbed in recent weeks. The Whistler Blackcomb ski hill was ordered closed until at least April 19.

Dr. Deena Hinshaw, Alberta’s chief medical officer of health, said Monday the province was continuing to monitor the increase of cases, but was not making any immediate recommendations for new public health restrictions.

“We may need to put additional restrictions in place and we will be again looking closely at the data and determining if that is necessary in the weeks ahead."

Some businesses may take a financial hit for the coming days without in-person dining, but there’s a greater responsibility when it comes to people’s health.

*Update: A previous version of this story had the Crazyweed Kitchen as shifting to takeout and curbside pickup. In an Instagram post, they said they're monitoring the situation but continuing to offer both takeout and in-person dining.*