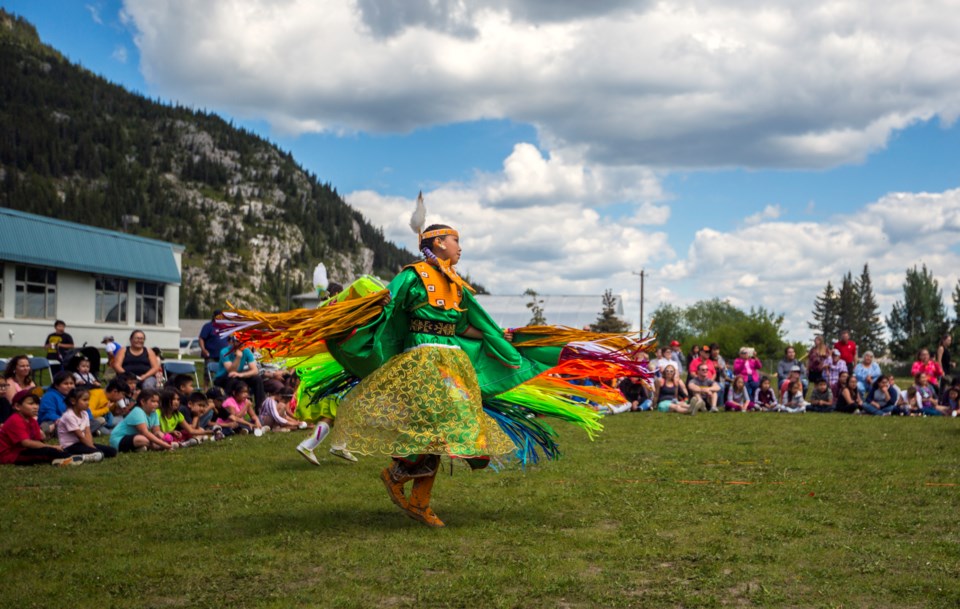 The Stoney Nakoda community raises a tipi and holds a powwow at Exshaw School in June 2018. Changes to how the federal government funds Indigenous education in Canada have caused concerns for the Canadian Rockies School division, parents and teachers at the school. RMO FILE PHOTO

EXSHAW – After almost seven months of back and forth communication, it now appears to be a bit of a impasse between the Canadian Rockies Public School division and Indigenous Services Canada, but officials with the school board say they are very quickly running out of time.

“[Monday] night we [could] hear two parts of a story, but we still don’t have the whole story. It’s not reassuring, or you can’t go forward, when you don’t have all the information,” said Rachel A. Snow, who has grandchildren at Exshaw School and who went to the school herself.

“We’re getting mixed messages … we need to have everyone in the room, including parents.

"It’s funny because [ISC representatives] said everything’s in negotiation and everything is status quo, but when people would ask ‘well is the school going to close?’ [He’d give] non-answer answers, non-committed answers.”

Superintendent Chris MacPhee said the board already held community meetings that ISC did not attend. In fact, MacPhee said only recently has the federal government agency actually met with the board, though he said the meeting wasn’t lucrative.

“We still don’t know if the money is going to be the same, different, or more,” said MacPhee.

“We can’t gamble on that. Apparently there’s no deal that’s been made between ISC and SEA. I said ‘well then why are you at the table with us? We gave you amounts needed to run the school. If you’re able to fund us, let us know.’ ”

However, Snow said without CRPS in the room, the situation is breeding distrust among Stoney Nakoda First Nation community members who send their children to Exshaw School.

Snow said ISC could not provide clarity into how CRPS came up with the numbers in the funding formula that revealed a $1.6 million shortfall to run Exshaw School. However, CRPS said ISC sent them the funding model and they were able to compare it to past funding amounts and that is how they calculated the predicted shortfall.

“They finally admitted they gave us numbers, but what they’re saying is ‘oh that’s just a model,’ ” said MacPhee.

“Our names are built into it. It was obviously done specifically for us and the fact is that models is used for other school divisions right now, but it’s used in divisions that have students spread out among the division, not a school like Exshaw School.”

CRPS received a letter from ISC in August terminating a long-standing tuition agreement specifically for the Exshaw School, and almost seven months later, no resolution has yet to be found. MacPhee said in the last six months, he’s almost never spoken to the same person and representatives from ISC only just met with the board two weeks ago.

ISC and SEA would not allow the Outlook to attend the community town hall meeting on Monday. The federal agency was given an opportunity to comment as part of this article, but did not meet press deadlines.