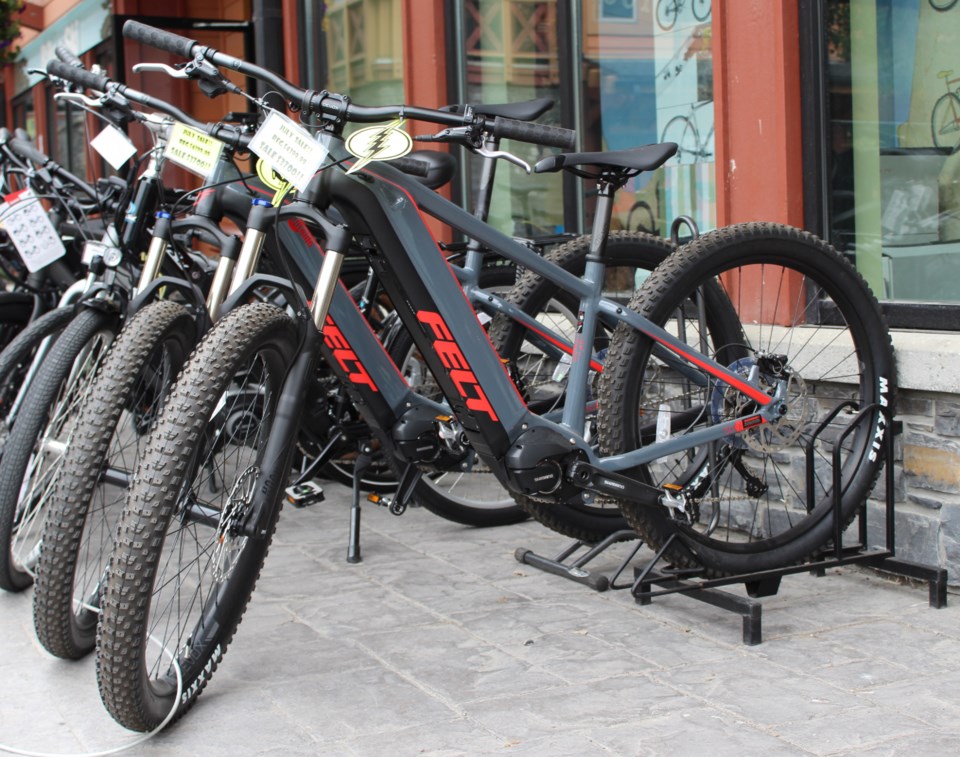 BOW VALLEY – A local tour provider is asking Canmore council to consider relaxing its bylaws to allow the company to offer a guided e-bike experience on local trails.

Dennis Breymann with Banff-based White Mountain Adventures appeared in front of elected officials as a delegation on Feb. 2 with the request to launch a pilot e-bike visitor experience using Canmore's multi-use pathway system.

"We hear again and again that experiences are one of the key factors that decision makers use when determining whether to visit Canmore or Banff," Breymann said.

"What we have been trying to do is create a new experience that entices people to come here and provides economic benefit to our communities. The e-bikes, specifically, are of key interest to us and we are hoping we can get permission for a pilot project here."

He said e-bikes provide a level playing field for those interested in taking a bike tour, but who may not have the physical ability to ride from Banff to Canmore without assistance. As a result, e-bikes provide greater accessibility to biking as an outdoor recreational pursuit in the valley.

"E-bikes are speed limit regulated by the manufacturer and they are already legal for use by private citizens to travel in groups in all the locations we are proposing," Breymann said.

The pilot tour proposed would bring visitors from Banff to Canmore on the Legacy Trail, then follow a predetermined route through the community. The route proposed would take guided tours along the Spurline Trail to the Engine Bridge and downtown.

The tour would finish downtown, where the bikes would be loaded onto a trailer for transport, while visitors would have some free time to explore before being driven back to Banff. He said there would be a maximum of 10 guests per guided group.

"We understand it is a privilege to be able to be in these locations and to operate," Breymann said. "We do not want to do anything irresponsible that could jeopardize our ability to operate."

As per council's procedures, administration will return to council in the near future with a staff report for elected officials to consider the request.