The ongoing plan hopes to focus on high-priority areas for 2020 that have the highest impact potential within the community, such as renewable energy and buildings
0
Sep 5, 2019 8:03 AM By: Alana MacLeod 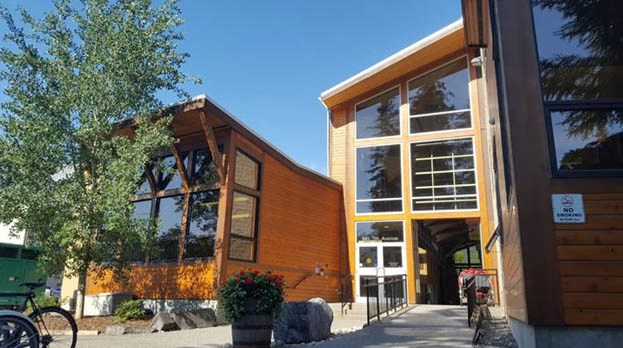 The ongoing plan hopes to focus on high-priority areas for 2020 that have the highest impact potential within the community. RMO FILE PHOTO

CANMORE – Canmore’s climate change action plan that’s already seen changes around the community such as the most recent food waste plan is digging deeper for reduced emissions down the line.

The ongoing plan hopes to focus on high-priority areas for 2020 that have the highest impact potential within the community, such as renewable energy and buildings, transportation and waste, zeroing in on the large-scale undertakings.

“A lot of the things we’re starting in 2020 will be a first step towards longer term efforts.”

It was Fournier’s first presentation before council in the role of climate change specialist after the Town of Canmore received a $125,000 grant from the federal government to help pay for the position. Her first recommendation at Tuesday’s council was for the Town to do a feasibility study on renewable energy.

“The climate action plan in addition to the greenhouse gas targets recommended setting a renewable energy target,” she said.

The renewable energy feasibility study would cost $50,000, but Fournier said there’s hope that the Federation of Canadian Municipalities (FCM) might help with the cost.

“FCM has a funding stream for 50 per cent of study costs … Hopefully we can access this to help with budget,” she said.

In addition, Fournier recommended the Town of Canmore look into an assessment for fleet vehicles, including electric vehicles and/or developing guidelines for fuel-efficient vehicles, and the potential for a studded tire rebate for bicycles such as the one in Banff. Both these initiatives are estimated at a cost of roughly $5,000 each.

“What we’re asking for today is to accept the report and presentation for planning purposes and ask staff to come back with a proposed budget for the items requiring funding for council consideration,” she said.

“As a reminder the items that are requiring budget are the big pieces – the feasibility study, so more work has to be done to develop that number and then bring that back, and then much smaller amounts for the assessment for our fleet vehicles, looking at our fleet vehicles, and the potential for a studded tire rebate.”

“It seems to me that an incentive program from the municipality, it may spur some people to go out and do that without doing it on their own, but I’m not certain that’s how it would play out,” he said.

“On the other hand it’s a fairly small budget item so not going to get all wound up about it.”

“When you actually put studded tires on a child’s bike, that’s where it would really make a difference from a pocketbook perspective – I’ve had to do it for both of my kids and it’s about $200 to put on a crapper bike,” she said.

Ultimately, Borrowman was supportive of the updated plan, saying he was impressed with the work Fournier has done so far.

“I’ll certainly approve the motion and I’m quite impressed by the work that Ms. Fournier has been doing since we brought her on, really helping to move our initiatives forward,” he said.

“I think the town of Canmore is a textbook example of small communities that are doing a lot in regards to addressing climate change, our climate action plan is a pretty good example of what a small community can put forward. Through the work that Ms. Fournier’s doing and with this report, we can start to sink our teeth a little deeper into the work and move it forward.”

In December, council approved a plan that will slash greenhouse gas emissions by 80 per cent below 2015 levels by 2050, which is aligned with federal targets.

To do so, the 39-page plan outlines dozens of short and long-term goals to reduce emissions from buildings, transportation and waste.