Travel Alberta targets $20 billion in visitor spending by 2030, no concerns of over-tourism in the Bow Valley

“We have a fantastic opportunity supported by this government to grow our visitor economy to $20 billion by 2030 and it's definitely a sun-shot of a target, but what it says to us is that is an opportunity that the government has committed with and to."
0
Oct 31, 2019 3:00 PM By: Alana MacLeod 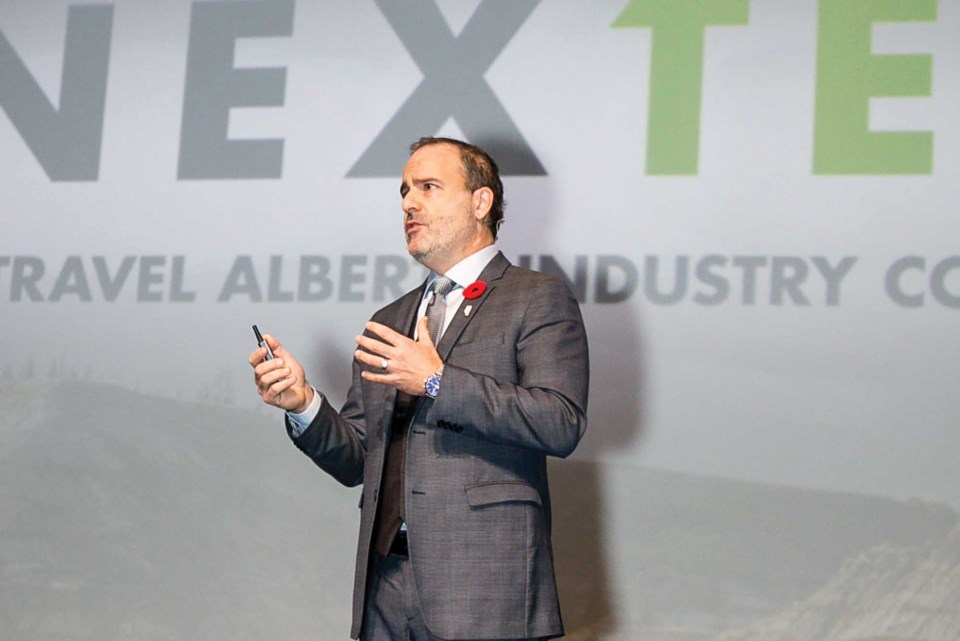 ALBERTA – A bustling billion dollar industry, especially in Bow Valley with destinations such as Lake Louise, Banff and Canmore on the map, tourism in the province is about to amp up its game.

With a $20 billion goal by 2030 in visitor expenditure, double its previous goal of $10 billion by 2020, Travel Alberta said it would continue to work with local stakeholders here in the valley to protect the environment.

“We work very, very closely with Parks Canada and Banff and Lake Louise Tourism and their stakeholders here,” said Travel Alberta’s president and CEO, Royce Chwin. “Because we work so closely, we can throttle on or off the kinds of investments that we do in terms of destination promotion, so that they’re managing through versus reacting against, so I think that is going to make a big difference going forward.”

Chwin furthered by saying Travel Alberta doesn’t use the phrase “over tourism.”

“We in fact don’t even use the term over tourism, we just talk about the management of tourism quite frankly, the term just lends this idea that its completely over run, its not – we know that because, Parks, again, in partnership with Banff and Lake Louise Tourism are doing proactive things to try to protect the environment and the experience,” he said.

In 2018, Banff National Park saw more than four million visitors, with some receiving fines for violating closures within the park meant to protect wildlife, such as at Johnston Canyon. A closure has been in effect for an area along the popular trail for the past two summers to protect black swifts, an endangered species of bird.

During the summer months, tourism is typically at its highest with regional, national and international visitors visitors coming to Banff National Park, Canmore and Kananaskis. Both Banff Lake Louise Tourism and Tourism Canmore Kananaskis have recognized the summer months are busy enough they no longer target that season for marketing and promotion.

Chwin said plans are in place to try to encourage travel during the shoulder months instead.

“When we work with them [Parks and BLLT], it is to [ask] where are we best positioned to push our investments so people aren’t coming during the high season?” he said.

“They’re going and experiencing the destination in different ways, say in shoulder seasons like fall or winter as an example, and that’s where there’s opportunities to create more experiences, and create more businesses and community wealth, and so that’s why we work together in this team Alberta approach to throttle on or throttle off our business opportunities.”

During the Travel Alberta Industry Conference held earlier this week at the Fairmont Banff Springs Hotel, Chwin announced the province’s new goal of $20 billion in visitor spending by 2030 on Monday (Oct. 28). Afterward, Chwin told the Outlook he believes the industry can hit the target, even though it does seem high.

“We have a fantastic opportunity supported by this government to grow our visitor economy to $20 billion by 2030 and it's definitely a sun-shot of a target, but what it says to us is that is an opportunity that the government has committed with and to,” he said.

“Therefore in partnership with our industry, and so when the right things fall in place, we absolutely have a chance to get to that target if we invest and do what we need to do.”

For Alida Visbach, a member of the Tourism Industry Association of Alberta, a new association made up of five signatories meant to lobby and advocate for the tourism industry, said she sees three major pillars that need attention within the industry.

“We have three major pillars of our DNA, which is access, capacity and product,” said Visbach.

“Access to Alberta – just as simple as air access, visa processes which are still quite challenging in some countries.

"Capacity – do we have the infrastructure here? Do we have the facilities to be able to attract that critical international market?

"The third one, product – we have unprecedented potential for product. We have the natural resources, the mountains, the rivers, the streams the clean air – it’s just we have not been able to develop product in every corner of this province.”

Visbach said she believes they can reach the goal if everyone involved works together. In terms of potentially allowing too many visitors to the valley at a time, Visbach said there is still capacity within tourism in Alberta to increase visitation, but that work must be done with respect to which seasons and destinations can accommodate that growth.

“We will have member representation from every jurisdiction in this province – it is to work on how do we spread out, not just where the tourists are going but what time of year they’re going there. I completely understand the over tourism sense that people in the mountain parks are feeling,” she said.

“It is one of our most precious assets that we have and we cannot over exploit it.”