“When you run a non-profit where you are constantly looking at opportunities to do programming, to find funding, to partner with people – you do build a level of flexibility and resilience that is really valuable in a situation like this,” said YWCA Banff CEO Connie MacDonald. “That being said, watching people that live here lose their jobs, watching the impact on our community, fielding calls from people that have no place to live and have no job and have no money is very stressful.”
0
Mar 24, 2020 10:23 AM By: Chelsea Kemp 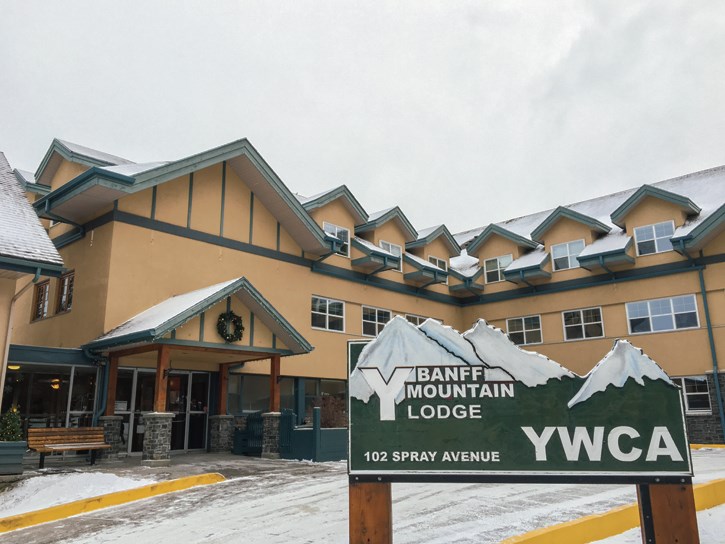 BANFF – Rising to the challenge of supporting the Bow Valley’s most vulnerable residents during the COVID-19 coronavirus pandemic, the YWCA Banff is re-purposing its hotel to create additional housing for those in need.

The YWCA is home to more than 100 permanent residents, said YWCA Banff chief executive officer Connie MacDonald. With the re-purposing of the hotel space, the organization expects to have more inventory of short-term and longer-term housing available.

“We have some that have lived with us for years and some for a shorter time,” MacDonald said.

“This is their home and they’re not leaving.”

MacDonald said the goal is to ensure its residents have some security in terms of what the future holds for them during the COVID-19 pandemic.

It has been challenging adapting to the COVID-19 virus, MacDonald said, adding that she is grateful for the resiliency the YWCA has shown.

“When you run a non-profit where you are constantly looking at opportunities to do programming, to find funding, to partner with people – you do build a level of flexibility and resilience that is really valuable in a situation like this,” MacDonald said.

“That being said, watching people that live here lose their jobs, watching the impact on our community, fielding calls from people that have no place to live and have no job and have no money is very stressful.”

She said the YWCA is being cautious in the delivery of these resources because at the same time it is working to ensure current residents can occupy spaces that promote self-isolation.

“We’re going to release those spaces at a pace that fits our capacity – we are here to support people,” MacDonald said. “At the same time, I want people to know our services for people who have experienced domestic violence or sexual violence we are still available to provide support.”

MacDonald said she incredibly grateful for the support the organization has received from the community during this challenging time and the leadership the Town of Banff, Banff Lake Louise Tourism and Alberta Health Services have shown.

Right now the focus of the YWCA remains on the needs of the community, MacDonald said, and how the organization can best respond and contribute.

The Banff YWCA has been providing housing in the Bow Valley for more than 100 years, she said, and it hopes to continue that tradition in the future. However, this will not be possible without community support.

Provincial and federal funding has been announced during the pandemic the organization can access, but it is currently waiting to see how these funds will roll out.

MacDonald said the biggest challenge the YWCA faces during the pandemic is generating revenue to maintain the facility. This challenge has been precipitated due to the cancellations of the YWCA’s largest fundraiser the VINEart Gala that was set to take place last Saturday (March 14).

The decision to wind down the YWCA Banff hotel will also impact revenue, MacDonald added, because the social enterprise hotel generates between 60 and 65 per cent of the organization's revenue.

“That’s going to have a big impact on how we go forward,” MacDonald said.

“We are continuing to take calls and support people if they need a safe space to stay,” MacDonald said. She added that people are discouraged from visiting the centre in person and are instead encouraged to call or email.

“We know that this is not going to be over in a month or two months,” MacDonald said. “We’re just doing our best to be prepared as possible.”

Banff Isolation Gallery art walk celebrates creators
Apr 3, 2020 2:00 PM
Comments
We welcome your feedback and encourage you to share your thoughts on this story. We ask that you be respectful of others and their points of view, refrain from personal attacks and stay on topic. To learn about our commenting policies and how we moderate, please read our Community Guidelines.