BOW VALLEY – As candidates for Banff-Kananaskis gear up for the April 16 provincial election, educational priorities for the Bow Valley, including creating safe spaces for students, is at the top of their priority lists.
Apr 4, 2019 12:00 AM By: Alana MacLeod 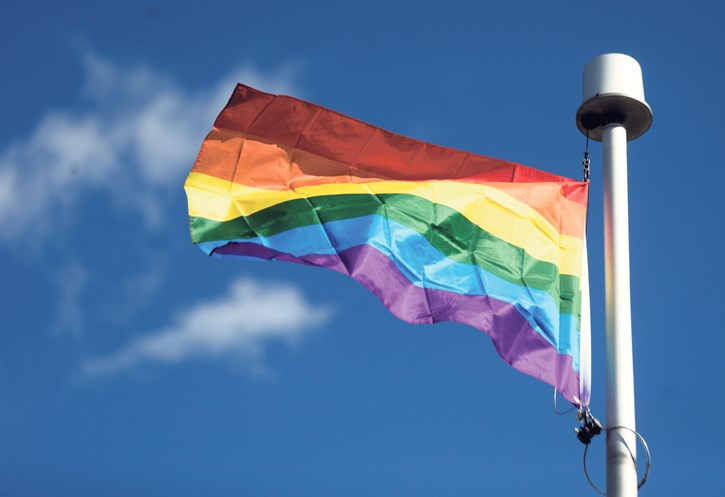 BOW VALLEY – As candidates for Banff-Kananaskis gear up for the April 16 provincial election, educational priorities for the Bow Valley, including creating safe spaces for students, is at the top of their priority lists.

In terms of where each candidate stands on some of the more prominent issues for the Bow Valley, the Outlook asked each candidate three questions surrounding education, covering the topics of GSAs (gay-straight alliance) in schools, the curriculum rewrite and public school funding.

GSAs in schools has dominated much of the conversation as of late after Jason Kenney and the UCP announced they would replace the Alberta School Act with the former Progressive Conservative government’s Education Act.

Cam Westhead, NDP candidate, said Kenney’s recent announcement is disturbing and that he’s “doubled down on this cruel agenda, making a campaign promise to reverse these protections for LGBTQ2 youth and their allies.”

“Rachel Notley and I will continue to protect all students by ensuring the timely creation of a GSA when requested by students, so they have a safe space without fear of being outed,” Westhead said.

“We will also ban the use of conversion therapy techniques in accordance with recommendations from a working group.”

Other candidates running in the riding say they also support GSAs, such as Brenda Stanton for the Alberta Party, who said as a post-secondary educator herself, she’s seen the struggle for LGBTQ2 kids in terms of coming out.

“I have had LGBTQ2 students from cultures where anything but heterosexuality is unacceptable. I have watched the students struggle mentally and emotionally and become completely withdrawn,” she said.

“The Alberta Party will ensure that students are safe and teachers will not notify parents if their child joins a gay-straight alliance. We fully support the creation of GSAs and the right for all students to join without fear of their parents being notified.”

Anita Crowshoe, candidate for the Alberta Independence Party, said safe communities are one of her platform pieces.

“Beyond education, young people under the age of 18 deserve the opportunity to feel safe with support from community, this includes, the GSA and the LGBTQ community,” she said.

Meanwhile, Miranda Rosin, UCP candidate, said that the NDP is “pushing lies and misinformation to create an election issue where there need not be one.”

“Myself, the United Conservatives and Jason Kenney have all been crystal clear: we absolutely support GSAs, our LGBTQ+ community and all peer support groups,” she said.

“We will never support the mandatory outing of children.”

In terms of curriculum, Rosin repeated a UCP promise to pause the NDP’s current curriculum rewrite, claiming that under the NDP government, “class sizes have ballooned and test scores have plummeted.”

“Your United Conservatives promise to maintain, if not increase, all education funding,” she said.

“This being said, money can’t be used as a Band-Aid to a bigger problem. That is why we will also look at reducing the administrative overhead, so that we can push more resources to the front-line teachers, assistants, and staff members.”

Westhead, however, said pausing the curriculum review would leave the students of Alberta with an outdated learning plan.

“Jason Kenney and the UCP promise to cancel the curriculum review, leaving kids to learn with resources from the 1980s. Even the Alberta Teachers’ Association president says the UCP’s priorities are ‘misplaced and misguided,’ ” he said.

“We launched a comprehensive curriculum review – updating one that’s 30-years-old – to make sure kids learn today’s basics and the problem-solving skills they need to be successful. We’re ensuring students learn about racism and the modern, diverse make-up of the province through the curriculum review.”

Neither Crowshoe nor Stanton directly touched on the issue of the curriculum rewrite.

Stanton said while a focus on science, technology, engineering and medicine (STEM) education is positive, the arts shouldn’t be left by the wayside.

“Alberta Party leader, Stephen Mandel, spoke at a conference in early 2019 about a focus on STEM education – we must add arts and creativity,” said Stanton.

“There is opportunity to drive student engagement to STEM subjects through creativity, aesthetics and personal expression. School curriculum must be focused on the future. “

Crowshoe couldn’t comment on the debate over the curriculum rewrite, however spoke to her own experience in the education system.

“As an Indigenous female who went through the education system in Alberta, there were times where I did not feel equipped for the ever changing world.  Therefore, our party provides the opportunity for all people to feel safe when it comes to curriculum and government,” she said.

Candidates were also asked what they would do to financially support school boards with the resources they need to make long-term strategic plans.

She said her party would encourage school boards to share resources, like busing for example, as well as introduce policy changes to ensure funding is going where it is needed.

Rosin said the UCP is committed to maintaining education spending as well as reviewing the “funding formula to ensure rural schools have adequate resources to deliver their programs in an
equitable way.”

She adds that her party wants to expand school choice, citing section 26.3 from the Universal Declaration of Human Rights that states parents have the right to choose the type of education their child receives.

“We invested in 244 new and modernized schools across Alberta, including the Bow Valley. We hired 4,000 new teachers and support staff,” he said.

Crowshoe said her party would “[create] a comprehensive future facing plan to build up from.”

“This would involve projects with financial assessment of existing assets,” she said.