BOW VALLEY – Out of the red but not out of the woods, according to Canadian Rockies Public Schools (CRPS) superintendent of schools Chris MacPhee’s assessment of the division’s 2017-18 audited financials.
Jan 17, 2019 7:11 AM By: Jenna Dulewich 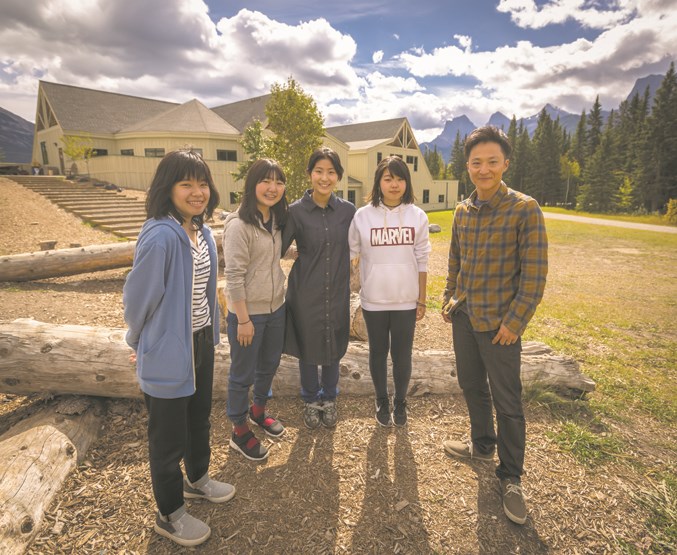 BOW VALLEY – Out of the red but not out of the woods, according to Canadian Rockies Public Schools (CRPS) superintendent of schools Chris MacPhee’s assessment of the division’s 2017-18 audited financials.

“We have some challenging times ahead, we believe, and we don’t know what’s going to come, or even if we are going to have a budget this year,” MacPhee said after the regular CRPS meeting Tuesday (Jan. 15).

The superintendent spoke after the board approved the 2017-18 audited financial statement, where it was revealed CRPS had a $116,328 surplus, despite budgeting for a $462,785 deficit.­

“We had a small surplus for the past school year, which we are pleased with. It is a little less than what we usually have, but there has been some reductions and changes in how the province funds us,” MacPhee said.

Referring to the Credits Earned Units (CEU) cap, implemented by the province last year where it was announced students would only be funded up to 45 credits a year, MacPhee said the CRPS division is losing $277,000 per year out of the budget that would typically assist the schools.

“International students are a big piece for sure because we’ve expanded from not only doing programs for our students coming for one semester or full year, we are now venturing into short-term programs,” MacPhee explained.

Piloting a different approach to generate revenue last summer/fall, CRPS expanded the international student program to include short-term summer and fall programs, turning Elizabeth Rummel School into a makeshift dormitory with several staff members of the division pitching in as a cost-saving measure – and it paid off, literally.

“That added significant revenue into our budget that we put directly into our instructional budget which means the hiring of teaching staff and educational assistants,” MacPhee explained.
With the unexpected surplus, the CRPS division was able to increase teaching staff by approximately 3.1 staff members.

“It’s good, but we have worries because our international students program, we are never sure of what the dollar value is going to be because it’s based on registrations,” MacPhee said.

Estimating a modest $608,548 revenue from fees in the projected budget, the actual revenue was almost double with $1 million from fees.

“We are pleased we made up that deficit piece and we didn’t have to go into the reserves to take it,” the superintendent said.

Although registration funds are never absolute, the numbers for next year are looking “good” with close to 38 international students already registered.

According to CRPS administration, 2017-18 was the highest grossing year yet.

“For the short-term programs we will hire more staff, which does give us a smaller profit but it takes a lot of work,” administration explained during the meeting.

Other ways the CRPS division is trying to increase revenue is through the five-credit Career and Life Management (CALM) course, inviting Grade 9s, who do not have a CEU cap, to sign up first, then giving priority to students with 42 credits or less.

Administration said the school division should be making $400,000 through the program and loses approximately $277,000 of anticipated revenue a year as a direct result from the CEU cap.

“The nice piece is we were able to add more staff into our schools – so we are pleased with that because our core business is keeping as many teachers in the classroom as possible with as many educational assistants that are needed to support our students who have special needs,” MacPhee said.

In regards to the 2018-19 budget, the superintendent said they are “waiting to see.”

“We are hopeful for what the future will bring to our kids."