BOW VALLEY – Forty-seven more students enrolled with the Canadian Rockies Public School (CRPS) division than the school board anticipated in its 2018-19 budget, however, enrolment is still down compared to last year.
Oct 25, 2018 12:00 AM By: Paul Clarke 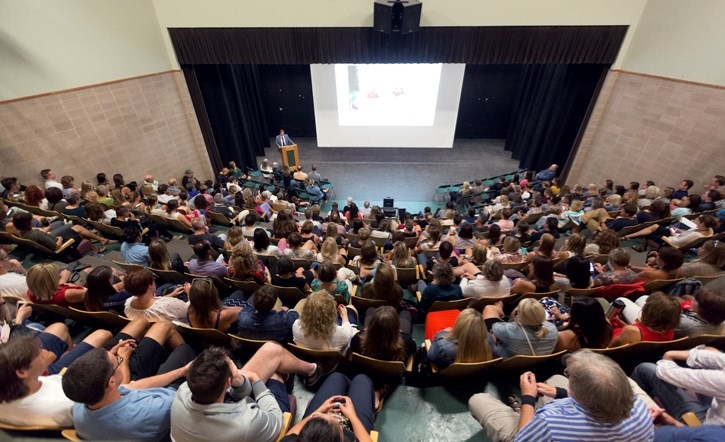 BOW VALLEY – Forty-seven more students enrolled with the Canadian Rockies Public School (CRPS) division than the school board anticipated in its 2018-19 budget, however, enrolment is still down compared to last year.

The unexpected jump in enrolment means the school division will collect somewhere in the ballpark of $329,000 to $470,000 in provincial and federal funding, helping boost the school board’s bottom line.

“Overall we have 47 more students than we budgeted, but 17 less than last year,” said Mike Guindon, secretary treasurer for the school division at a board meeting on Monday (Oct. 22).

In a follow up interview, he said funding varies between $7,000 to $10,000 per student and isn’t set in stone. He said he will provide a budget update by the end of November.

The majority of these students are currently enrolled at Lawrence Grassi Middle School. As a result, the division has hired an extra part-time learning support teacher and may make further adjustments as required.

Superintendent Chris MacPhee said the jump in First Nation students is likely because of the programs offered by CRPS and its focus on creating an inclusive school system.

“Personally, I believe that it’s the work we continue to do and our inclusivity of any student who comes to our doorstep as a public system,” said MacPhee.

“We don’t actively recruit federally funded students and we would never do that to our neighbours, but it’s something that is occurring.”

At Exshaw School, where the school has a large First Nation’s population, the school more than doubled the number of Grade 6 students who achieved an acceptable standard after writing the provincial achievement test in June.

According to Parsons-Park, 70.5 per cent of Grade 6 students who wrote the test achieved an acceptable standard, up from 30.8 per cent last year.

In math, 40 per cent of students earned an acceptable standard compared to 14.3 per cent last year and in science 41.2 per cent earned the same result compared to 15.4 per cent to a year earlier.

“It’s very encouraging,” said Parsons-Park, who praised the hard work of staff at the school.

“We’re seeing a significant uptake in academics and seeing children finding their stride.”