Province has such diverse offerings — everything from the Rockies to the Badlands
Jul 28, 2020 3:01 PM By: Chris Zdeb 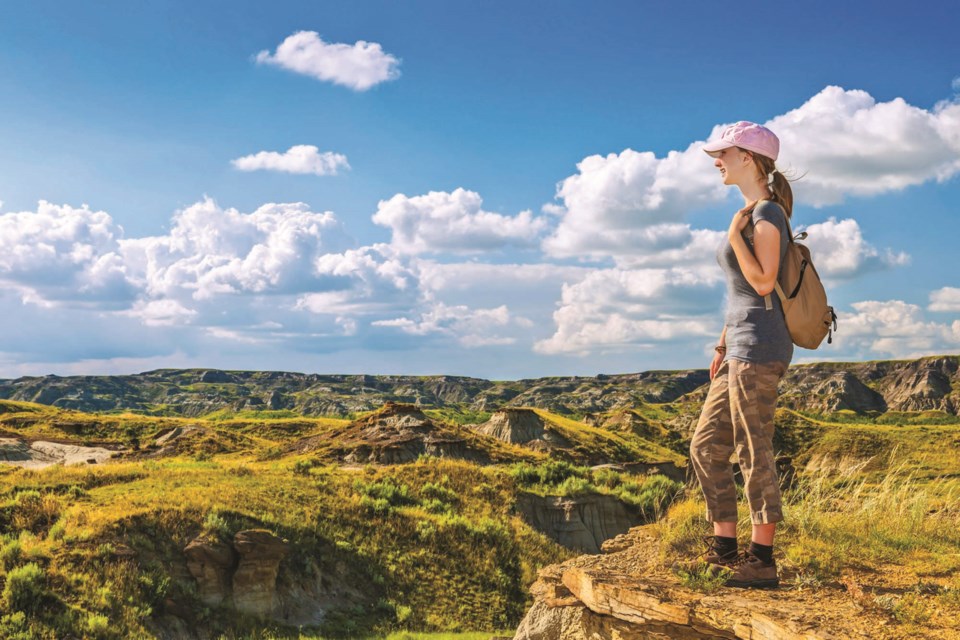 After five long months staying home because of the COVID-19 pandemic, health and government officials want you to continue staying home this summer. The tourism industry has joined the chorus.

The good news, as Edmonton's tourism slogan points out, vacationing in your own backyard requires no passport.

If ever there was a year to see what the province has to offer staycationers, this is it, said Marty Eberth, director of experience development with Travel Alberta.

Before COVID-19, Alberta tourism was an $8.9 billion industry, supported by 22,000 businesses, employing 73,000 people — the fourth largest employment sector in the province.

About $5 billion or 56 per cent of that annual revenue was generated by Albertans, Eberth noted, with the balance generated by other Canadians and international travellers. With the Canada-United States border continuing to be closed to tourists until Aug. 21st at least, and non-essential interprovincial travel not recommended, this is the largest single drop in visitors Alberta has ever seen, she said.

A Travel Alberta survey conducted in late April and early May found 45 per cent of tourism businesses were worried about getting their customers back and 33 per cent said they were at risk of closing their doors permanently.

Since then, the provincial and federal governments have announced millions of dollars to help restart Alberta’s tourism industry, and most tourism businesses have reopened since Stage 2 of Alberta's Relaunch Strategy started June 12th. The impact of those changes will be queried in a second survey in August, Eberth said.

She then rattled off a long list of places where Albertans can now go including outdoor recreation sites, campgrounds, museums, hotels, motels, bed and breakfasts, vacation rentals, interpretive attractions, golf courses, fishing lodges, outfitters, farmers markets, gondolas, trams, and chairlifts. The 50 per cent capacity restriction placed on restaurants in Stage 1 has been lifted, but a two-metre distancing requirement between tables remains.

"The recovery has been — and will remain — a bumpy road," he added.

Travel Alberta is helping to smooth out those bumps with a campaign pitching Albertans to vacation at home and promoting places they might not know about or have never thought about visiting..

"Our focus over the last couple of months, since the beginning of Stage 1, has been to inspire Albertans to look at the province through a different set of eyes .. inspiring them so they are looking forward to a trip in Alberta." Eberth explained.

"TIAA does not have any data to verify how effective 'buy local' strategies have been," Reeder noted. "That said ... there is a belief that given the current 'non-essential' travel restrictions the province has in place that more Albertans may be inclined to travel within their own province and spend on experiences they might not have otherwise considered."

Eberth noted the province has such diverse offerings — everything from the Rockies to the Badlands — people may not be familiar with all that's out there. Travel Alberta's Worth the Wait Campaign introduces them to some of those places.

Eberth suggested the northeast part of the province and its many lakes for travellers into water sports and fishing.
Crowsnest Pass in the Rocky Mountains in southwest Alberta is smaller and less known than Jasper and Banff, but offers the same mountain biking, golfing and hiking activities.

In the deep south of the province, Writing-on-Stone Provincial Park, 100 km southeast of Lethbridge, is a United Nations Educational, Scientific and Cultural Organization (UNESCO) World Heritage Site nature preserve that also protects many First Nations rock carvings and paintings dating back as far as 9,000 years.

"Our hope is Albertans will get out and explore their province, support local business and keep the tourism industry viable until better days are ahead," Eberth said.

Chris Zdeb is a freelance writer and regular contributor to AlbertaPrimeTimes.com. This story was funded by the Facebook Journalism Project Supporting Local News Coverage of COVID-19 Program via the Local Media Foundation.