UPDATED: Alberta Parks issued a closure for the Yamnuska day use area, trails and climbing area Sunday morning (July 12) "due to the significant increase in visitation and dramatic spike in rescues, the area is closed to help prevent the overwhelming of rescue services in Kananaskis."
Jul 12, 2020 4:23 AM By: Rocky Mountain Outlook 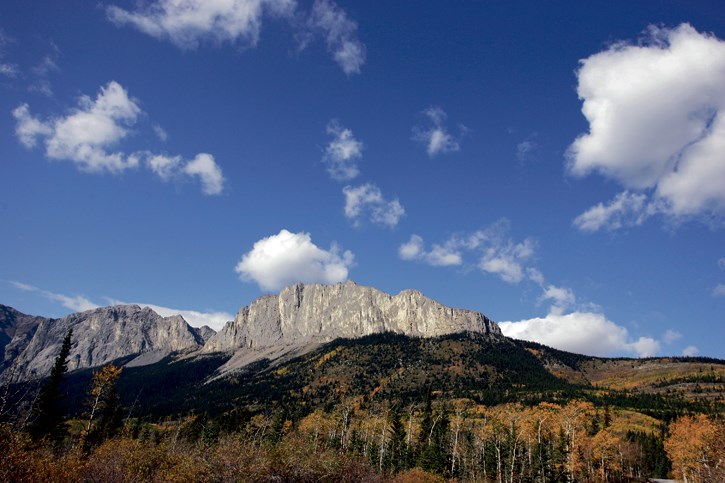 According to an RCMP press release, emergency services responded to reports of an injured hiker at 2:10 p.m. on the popular trail along the 1A Highway east of Canmore.

"A 30-year-old Calgary male was hiking in the scree section of the popular trail when he fell approximately 20 feet, sustaining injuries," wrote Canmore RCMP Cpl. Sabrina Clayton in the release.

"There were a number of bystanders in the area who immediately assisted the male. Within minutes of the initial fall, several boulders dislodged from the scree slope above, striking the injured male and the bystanders."

The hiker who fell suffered a traumatic head injury as a result of the rockfall. First aid was initiated while RCMP, Kananaskis Public Safety, EMS, Alpine Helicopters Inc. and STARS air ambulance responded, however he died as a result of his injuries.

"Canmore RCMP wish to extend their condolences to the hiker's family," wrote Clayton.

Several other incidents occurred Saturday at, or near Yamnuska, that required emergency services to respond.

The situation prompted Alberta Parks to issue a closure Sunday morning (July 12) for the Yamnuska day use area, trail and climbing area "due to the significant increase in visitation and dramatic spike in rescues, the area is closed to help prevent the overwhelming of rescue services in Kananaskis."

Saturday at 4:10 p.m., RCMP, public safety, EMS and Alpine Helicopters responded for a 24-year-old male with a head injury after falling on a scree slope.

"He was transported by ground ambulance to Calgary with undetermined injuries," wrote Clayton in the press release. "Just before 7 p.m., an additional call for a hiker suffering from a fracture was reported."

RCMP and EMS also responded to a single motorcycle collision on the 1A Highway at 4:10 p.m.

According to RCMP, the motorcyclist was travelling eastbound in a group when he went into the ditch off the highway along a curve in the road.

"The motorcyclist suffered undetermined injuries and was taken by ground ambulance to Calgary," wrote Clayton. "Alcohol and speed do not appear to be factors in the collision."