Cyclists have unusual encounter with duo of cougars 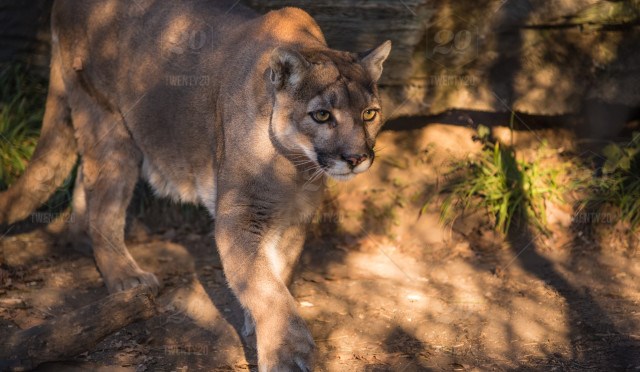 KANANASKIS – Visitors to a popular hiking trail in the Bragg Creek area are being urged to take caution after cyclists had an unusual encounter with a pair of cougars.

Snagmore Trail, located in the Bragg Creek area, was closed on Friday (Aug. 28) until further notice after two cougars approached cyclists on the trail.

“Cougars exhibiting unusual behaviour have been located in the area,” said John Paczkowski, Alberta Environment and Parks ecologist. “With that said, cougars move and we have cougars everywhere in Kananaskis country."

The cyclists encountered the two cougars around 7:30 a.m. near the Elbow River. The cyclists tried to encourage the cougars to move off by waving their hands and yelling at the animals. One of the animals took a step towards them, Paczkowski said, but they never moved off the trail.

“In this case, it does not look like the cougars really attacked, they just stood their ground,” he said.

The cyclists eventually abandoned their bikes and left Snagmore Trail to bushwhack to the river. They returned to the area later to retrieve their bikes.

A warning has been placed in the area and conservation officers conducted patrols the next day, Paczkowski said. There have been no further sightings of the cougars, but the warning at Snagmore Trail will remain in place until further notice.

Paczkowski said that typically in situations like this, the cougars are juvenile animals that have recently disengaged from their mother.

“It’s quite rare for a cougar to face off with a person and approach them directly,” Paczkowski said. He added cougar attacks are also extremely limited.

For those heading out onto the hiking trail, Paczkowski said, hikers should be prepared and take steps to avoid wildlife encounters.

“You have to realize that we have a lot of cougars in Alberta and you should be prepared,” Paczkowski said.

There is limited data, he added, but it appears bear spray can help deter animals during an encounter and Parks also encourages people to make plenty of noise, be aware of their surroundings and keep pets on leashes when hiking.

Cougars are typically ambush hunters and encounters with humans are not usually like the head-on confrontation that occurred at Snagmore Trail.

“They always move off, they’re not going to defend a carcass like a bear would,” Paczkowski said. ”They would hunker off to the bushes and wait for you to leave.”

The amount of visitors to Alberta Parks and Kananaskis Country has significantly increased this summer, he said, and subsequently, wildlife-human interactions have increased accordingly.

“We have a healthy cougar population in Kananaskis country. They’re everywhere so be aware of that,” Paczkowski said. “Please respect any warnings or closures that you see when you are out there recreating.”