“The mother bear swatted him and knocked him down. He put his arm up, and it grabbed him by the elbow, bit him. He played dead, the bear dropped him and ran off, and he laid there for 10 minutes.”
Oct 5, 2020 1:13 PM By: Cathy Ellis 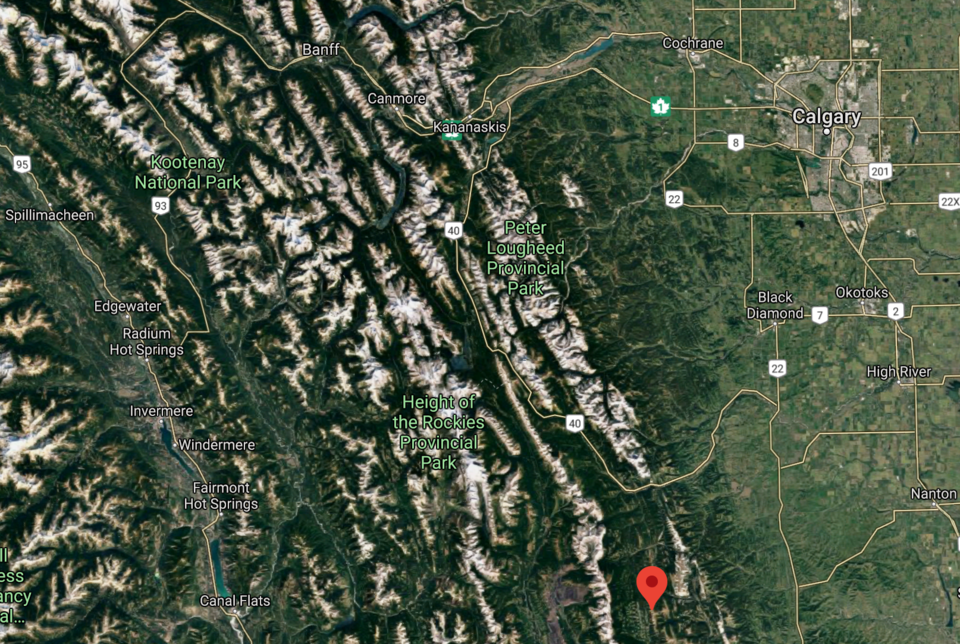 KANANASKIS – A mama grizzly bear defending and protecting her cub attacked a 61-year-old man last week when he unwittingly got too close while hiking in a remote area on his own.

Officials with Alberta Environment and Parks said the man was lucky to escape with a bite mark to his elbow in the close encounter that occurred Tuesday (Sept. 29) near Pasque Mountain at the southern end of Kananaskis Country.

Paul Frame, provincial carnivore specialist with AEP, said the hiker was “very lucky” and was able to walk himself to his vehicle, which was about 30 minutes away, and drive himself to hospital.

“At a certain point, he sees a brown thing flash out of his peripheral vision, and then there was the mother bear three metres away from him,” Frame said, noting the flash was the cub darting away.

“The mother bear swatted him and knocked him down. He put his arm up, and it grabbed him by the elbow, bit him. He played dead, the bear dropped him and ran off, and he laid there for 10 minutes.”

Experts say that playing dead will work if you're being attacked by a mother grizzly defending her cubs, but it’s considered the wrong thing to do if attacked by a predatory bear.

In this case, Frame said the hiker did the right thing and lying still and pretending to be dead probably prevented him from getting more serious injuries – or even worse.

“A female bear with a cub is going to attack defending her cub, and as soon as you’re not a threat anymore, then she’s going to go try and find that cub,” he said.

“She’s not attacking because she wants to eat the person or anything like that, it’s generally  just ‘leave us alone.’ ”

The hiker had gone off the trail into a logging cutblock where the bears were feasting on late season vegetation.

“He was was paying attention to where he was putting his feet because there was lots of deadfall on the ground and he wanted to be careful,” said Frame. “He didn’t notice the bear until it was there.”

AEP enforcement staff, who went to investigate after the attack, immediately closed down a large area to public access to give the bears space and security and for public safety reasons.

“It’s a pretty remote area and there’s no need to do anything,” he said.

The hiker, believed to be an experienced outdoorsman, was carrying bear spray, but Frame said it was in a side compartment of his backpack when the bear attacked.

“Bear spray really needs to be accessible, like immediately accessible,” he said.

“It’s really important to have that bear spray where you can reach it.”

Kim Titchener, president of Bear Safety & More, said often there are lessons that can be learned following bear attacks, rather than blaming people for what they may or may not have done wrong.

In this case, she said the place where the man was hiking was a cutblock, which research shows is prime feeding ground for bears in the fall when they’re fattening up before heading into their dens.

“There’s a lot of things that can be avoided if you know a little bit more about bear behaviour and also bear ecology, like where they spend time,” Titchener said.

“We always say travel in groups, carry bear spray, make lots of noise, be aware of your surroundings, but what we don’t really get into are the areas where we have to be more concerned.”

When entering these open areas such as meadows or cutblocks, Titchener said it’s important to make lots of noise, but also to do a thorough survey of the area before proceeding.

“If you’re going to walk into an opening, there’s a good chance that bears are going to be using those areas where the forest canopy has opened up. That’s where they spend a lot of time because the bear foods are really good,” she said.

“There are some places where you can potentially get yourself into a bit more trouble, and the other one, of course, is near water because it’s hard for bears to hear you coming.”

This most recent bear attack also speaks to the need to have bear spray easily accessible, said Kitchener, noting the use of bear spray during a bear encounter has proven to save lives.

“I felt so bad for him because that was such a close, close one,” she said, referring to the fact the bear was within three metres before both bear and hiker knew what was happening.

“I always remind people to practice pulling their bear spray out. If you are fumbling with pockets and pouches and carabiners, it’s too late. This is something that you should be able to do within a couple of seconds.”

Backcountry enthusiasts are also encouraged to carry communication devices such as SPOT or InReach satellite communicators. While travelling alone is not recommended, those doing so should also let someone know where they’re headed and when they’ll be back.

“Be situationally aware and know you can encounter a bear anywhere, anytime,” said Frame.

“Bears are really focused on feeding right now so you can –  as this guy did – get really close to one before they’re going to hear you.”

The province did not disclose where the hiker is from.