KANANASKIS – Businesses operating on provincial land will soon be able to extend their commercial leases for up to 60 years so they can secure long-term financing and attract investment, according to the provincial government.
Jun 27, 2019 10:38 AM By: Paul Clarke 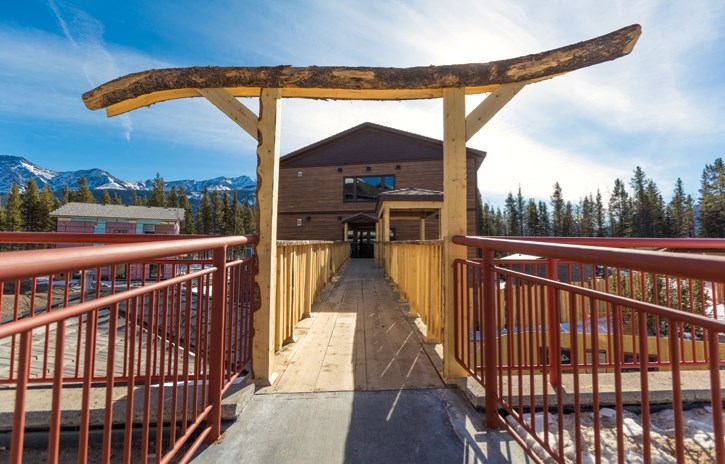 Businesses located on provincial land, such as the Kananaskis Nordic Spa, will soon be able to extend its lease for up to 60 years.

KANANASKIS – Businesses operating on provincial land will soon be able to extend their commercial leases for up to 60 years so they can secure long-term financing and attract investment, according to the provincial government.

The new term length will allow operators in places like Kananaskis Country to extend their leases from the current 25-year limit. The changes are expected to come into force on Nov. 1.

According to the government, the new rules will cut red tape and align with other jurisdictions such as British Columbia and Parks Canada, however both of those jurisdictions provide tenures that are much shorter in length.

In British Columbia, a commercial lease to operate on provincial Crown land can be issued for up to a maximum of 30 years. In national parks, Parks Canada can issue a lease for up to 42 years.

“This is something the industry had asked us for in order to make them more competitive with B.C. and with other communities, but it also allows them to secure long-term funding more easily because what we heard a lot from operators was that 25 years was too short,” said Justin Brattinga, press secretary for the minister of economic development, trade and tourism.

He said the government consulted with variety of stakeholders throughout the province including the Pomeroy Kananaskis Mountain Lodge, but did not consult with the wider public.

“This was just something that industry brought forward to us and then we implemented it,” said Brattinga.

Canadian Parks and Wilderness Society (CPAWS) said it was unaware of the changes, but stressed any commercial businesses operating in protected areas like Kananaskis Country have a responsibility to be stewards of the land.

“We acknowledge that there are private operators working within these protected places and we would expect that within leases there would be conditions about how they operate and they would need to adhere to that,” said Anne-Marie Syslak, executive director for the south chapter of CPAWS.

“We applaud efforts that breed sustainability and dependability; and we are in full support of responsible initiatives that respect the environment, enhance the visitor experience, and increase the quality of life for locals.”

According to the province, the government will review its existing lease tenure policy between now and Nov. 1 to ensure appropriate checks and balances are in place to support operators while also protecting the environment.