“Based on the information we had, we elected to fly out to the area, and we did locate the individual deceased at the bottom of the cliff. She succumbed to injuries as a result of a significant fall.”
Jun 23, 2020 11:35 AM By: Cathy Ellis 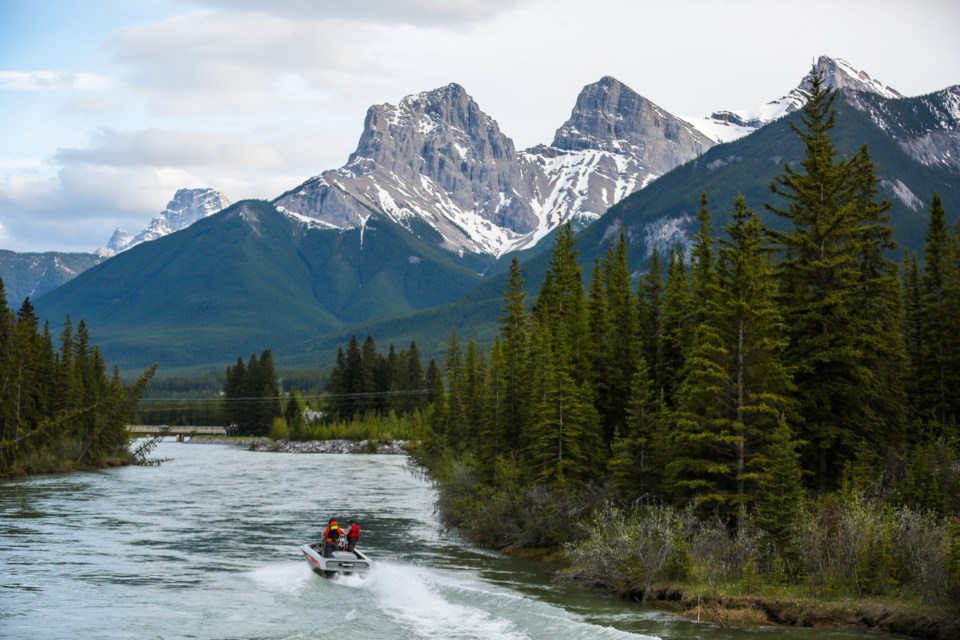 BOW VALLEY – A 44-year-old Calgary woman is dead after taking a 'signifcant fall' on Mount Fable in Kananaskis Country on the weekend.

Kananaskis Country Public Safety (KCPS) officials say the woman, who has been identified as Trina Ramanaden, left the group she was scrambling with to explore a cave on the 2,702-metre peak.

“Based on the information we had, we elected to fly out to the area, and we did locate the individual deceased at the bottom of the cliff. She succumbed to injuries as a result of a significant fall.”

Mount Fable is a prominent, monolithic rock located north of Grotto Mountain, with the standard access route up Exshaw Creek.

Canmore RCMP, who are investigating the hiker's death, said she was part of a larger group when she chose to take a different, more difficult route on her own.

"The group never heard from her for the rest of the day and she was not responding to calls," said Sgt. Stan Andronyk in a press release.

"When the group returned to the parking area and saw the other hiker's vehicle still there, they called Kananaskis Emergency Services for assistance," he added.

"The Canmore RCMP wishes to pass on their condolences to the family and friends of the deceased.”

The scrambling fatality was one of about 15 incidents that KCPS responded to over the weekend, including several that resulted in traumatic injuries on Mount Yamnuska.

In one incident on Yam, Koppang said a man was “knocked-out cold.”

“He suffered head injuries and lots of cuts and scrapes down his entire body as a result of falling down a scree slope,” he said.

“He was tumbling, and thankfully he did stop before he went over a small cliff at the base.”

Most of the calls KCPS responded to were related to descending the mountain.

“Moving downhill, people tend to start moving faster, and on scree, which is that loose rock, people will start to run because it seems kind of fun,” said Koppang.

"But often you will encounter rock that is much more solidly attached to the mountain than the stuff you’re running on, and then you do what’s called 'super-manning' – going head over heels down the slope.”

As a reminder to scramblers, public safety specialists recommend the importance of good foot wear – not runners or sandals or even flip flops.

Koppang said scramblers should also do their homework on the type of terrain they are heading into beforehand.

“Research your trip, plan it, see what kind of decision points you’re going to encounter and be prepared to turn around if you don’t think you have the skills or the ability,” he said.

“It’s very easy to go up something; it can be much harder to come down something, especially as you start moving into third and fourth class terrain where you’re using your hands a little bit.”

Other rescues on the weekend involved mountain bikers, missing hikers and incidents on rivers.

There was a search for a missing man who was eventually found at 2 a.m. Saturday near Upper Kananaskis Lake in Peter Lougheed Provincial Park.

Koppang said the man wasn’t well prepared, noting the weather was cold and rainy that night.

“We had staff on dirt bikes and quads stopping and interviewing people out on the trail trying to locate this person,” he said.

“Eventually they were found by one of the conservation officers, who was able to get voice contact up on a scree slope.”