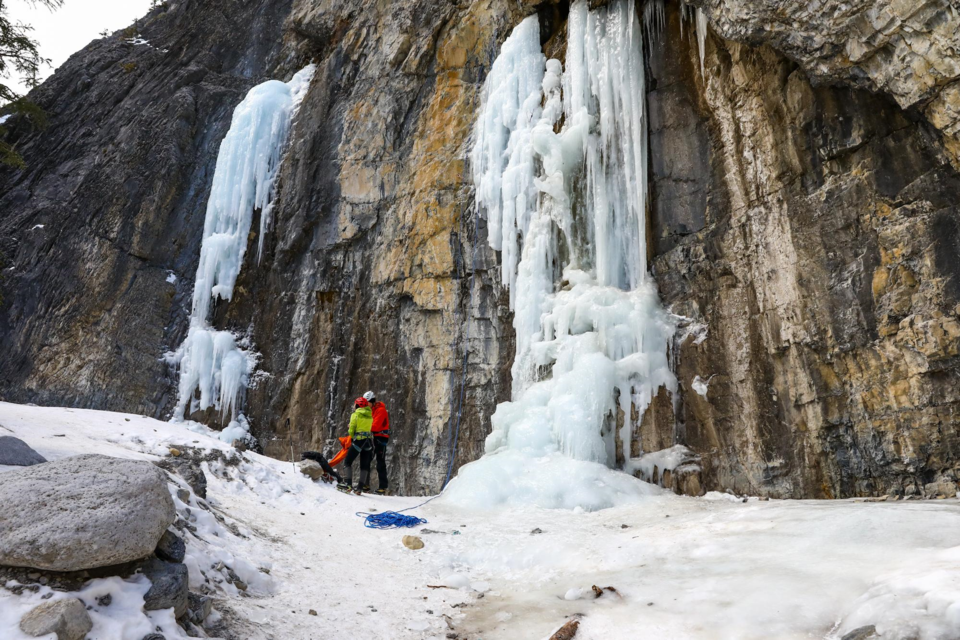 Ice climbers prepare to ascend Hers, the ice climbing route on the right at Grotto Canyon, on Friday (Jan. 15). EVAN BUHLER RMO PHOTO

According to STARS spokesperson Tammy Yamkowy, an air ambulance crew responded the Stoney Nakoda Resort and Casino to transport an injured climber.

"We transported her to Foothills Medical Centre; she was in stable, non-life-threatening condition."

STAR-1 (Calgary) has been dispatched for a scene call emergency in the Stoney Nakoda Reserve, AB area.