“Half of Albertans also oppose the announcement to transfer facilities and [have the] management of parks removed from the system to third parties and reduce government services,  such as the closure of two popular visitor centres in Kananaskis and ending cross-country track setting in three areas in Kananaskis."
0
Mar 30, 2020 12:56 PM By: Cathy Ellis 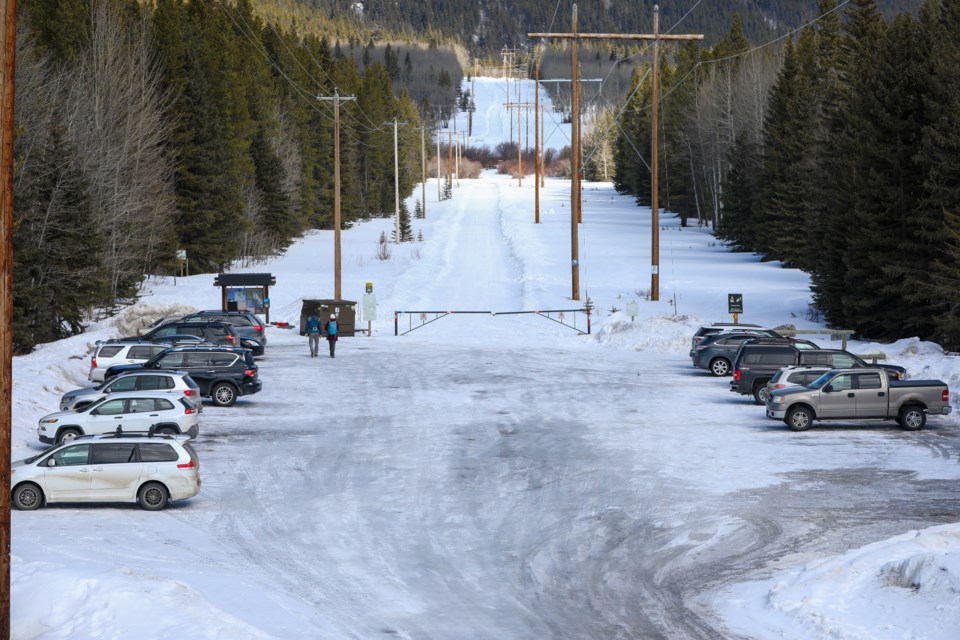 Even though Albertans have been directed to physically distance themselves during the COVID-19 public health crisis, Alberta Parks and protected areas have been popular places to seek outdoor recreation. A recent survey conducted by Leger on behalf of the Canadian Parks and Wilderness Society shows seven out of 10 Albertans oppose the closure or removal of sites from the provincial parks system, which was included in the 2020 UCP budget approved earlier this month. EVAN BUHLER RMO PHOTO⁠

KANANASKIS – A recent public opinion survey shows most Albertans oppose closure or removal of sites from the Alberta Parks system announced in the 2020 provincial budget.

The poll, which was commissioned by the Canadian Parks and Wilderness Society (CPAWS), showed opposition was consistent across Alberta, in urban, suburban and rural areas, and across age groups and income levels.

Katie Morrison, conservation director for the southern chapter of CPAWS, said the statistically valid survey showed that almost seven in 10 Albertans oppose the closure or removal of these parks from the parks system.

“Half of Albertans also oppose the announcement to transfer facilities, and [have the] management of parks removed from the system to third parties and reduce government services, such as the closure of two popular visitor centres in Kananaskis and ending cross-country track setting in three areas in Kananaskis,” she said.

On March 2, Alberta Environment and Parks announced the full or partial closure of 20 parks and the removal of 164 parks from the system following an assessment of all 473 sites in the Alberta Parks system.

“While the poll shows strong opposition, it is important that Albertans let their MLAs know that they and the majority of Albertans do not support these changes,” said Morrison.

Banff-Kananaskis MLA Miranda Rosin said she did not want to comment to the Outlook on the survey results.

“We did a 15 minute interview on this a couple of weeks ago during which you asked me at least 20 questions,” Rosin said in an email referring to an interview when the plan first came out. “As such, I do not feel the need to comment further. “

Conservationists believe the decision has “crossed a line” that will compromise the intrinsic values Albertans associate with the Parks system, and threaten the integrity of the province’s network of protected areas.

They say they firmly believe closing provincial parks won’t save money, benefit Albertans, or improve tourism, noting parks and protected areas are not an enterprise, but an investment into the health and wellbeing of Albertans.

Conservationists have argued that the province’s claims that 164 sites are “mainly under-utilized provincial recreation areas” buries the plan to remove nine natural areas and 10 provincial parks, which provide critical ecological and recreation values.

In addition, while the provincial recreation areas on the list are generally small, they say that they provide important camping opportunities and reduce the burden on neighbouring natural areas.

Meanwhile, the survey, which was conducted as part of an omnibus survey by the market and social research firm Leger from March 12 to 16, included a sample size of 1,002 randomly selected respondents from across the province.

Quotas and weighting were used to ensure that the sample’s composition reflects that of the Alberta population according to census parameters, said Morrison, noting the poll was conducted using Leger’s online panel, which includes over 450,000 Canadians.

“For comparative purposes, a probability sample of 1,000 Albertans is accurate within ± 3.5 percentage points, 19 times out of 20,” she said.