“All sites will maintain their parks designations, regardless of whether they have confirmed an operational partnership,” according to the news release on Tuesday (Dec. 22).
Dec 23, 2020 9:00 AM By: Cathy Ellis 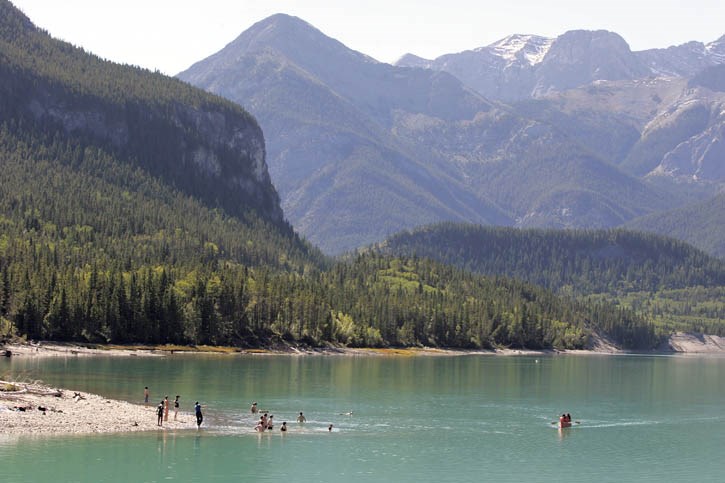 The Barrier Lake visitor centre closure was announced at the same time as plans to delist parks and recreation sites. RMO FILE PHOTO

KANANASKIS – The Alberta government has backed away from plans to remove or delist provincial parks and recreation sites from the Alberta Parks system in the face of mounting public pressure.

According to the government announcement on Tuesday (Dec. 22), no sites will be delisted, and will remain open and retain their current designations and associated protections.

However, Alberta Environment and Parks (AEP) will continue working on operating partnerships, but are not providing details about the so-called partnerships they have established and those they plan for in the future.

“All sites will maintain their parks designations, regardless of whether they have confirmed an operational partnership,” according to the news release.

“All sites will remain protected in law, and are accessible to Albertans for recreation and enjoyment."

In March, the Alberta government announced the removal of 164 parks and the closure of 20 campsites and day-use areas, impacting a total of 175 parks and provincial recreation areas.

The 164 parks had been identified to have their protection removed, reverted to public land and opened up for other land-uses or partnerships.

At the time, the government also closed busy visitor centres, discontinued popular groomed cross-country ski trails, shortened the operating season for many campgrounds and increased camping and service fees at all sites.

The Canadian Parks and Wilderness Society (CPAWS) welcomed the news about parks keeping their protections.

However, they says the list of partnership sites includes all the previous facility operating agreements and partnerships, and therefore, it’s unclear exactly how many new partnerships have been found.

“We look forward to transparent operating agreements between all partners and Alberta Environment and Parks to ensure that high standards of conservation and responsible recreation are upheld within all of these sites,” said Chris Smith, a parks coordinator with CPAWS.

CPAWS still worries there’s a risk that these areas could lose protection as legislative changes to Alberta’s parks system are expected under the province’s new Crown Land Vision, which is undergoing public consultation.

“I don’t think this is the end and we might still see loss of protections when they update the parks legislation, but tonight we celebrate this win,” said Katie Morrison, conservation director with CPAWS’ southern Alberta chapter.

According to the Dec. 22 government announcement, many organizations and communities across the province have expressed interest in becoming operational partners.

The news released indicated AEP has successfully worked with many organizations to operate local campgrounds and day-use areas, including more than a dozen sites that previously did not have operating partners.

However, there are no specific details on these.

“In the coming months, Alberta Environment and Parks expects to continue working with interested organizations through the long-standing operational partnerships system,” the media release stated.

Government officials say that Albertans will see even more partnerships rolled out over the coming months.

“With more Albertans than ever staying in the province, now is the ideal time to ensure we all have access to these spaces and that they remain protected,” said Alberta Environment and Parks Minister Jason Nixon.