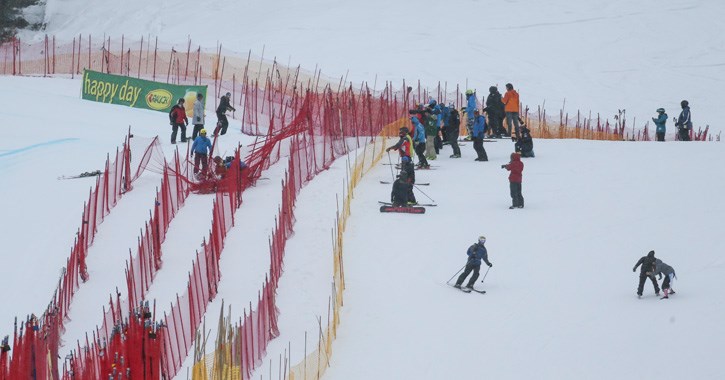 Alpine downhill racing can be a dangerous sport for athletes. A forerunner for the women’s alpine events at Lake Louise this week was airlifted by STARS air ambulance to Foothills in Calgary on Tuesday (Nov. 27) after crashing. In this picture, from 2017, American skier Lindsey Vonn is seen tangled in the nets after crashing on the downhill course at Lake Louise.

"She was transported by ground ambulance to Banff where STARS was waiting to airlift her to Calgary,” said Michelle Comeau, communications manager for Lake Louise FIS World Cup, in a statement.

“She will continue to undergo assessment upon arrival at Foothills Hospital.”

Lever is from Montreal, Quebec. She’s had a solid race year; finishing 12th in giant slalom at the South American Cup in Chile; and several top 10 finishes in FIS races in Canada.