Lake Louise closed due to congestion earlier this week

Parks Canada and the RCMP began restricting non-essential traffic from entering the town around 11:30 a.m. on Tuesday (July 23) and maintained rolling restrictions until 6 p.m.
0
Jul 25, 2019 12:00 PM By: Paul Clarke 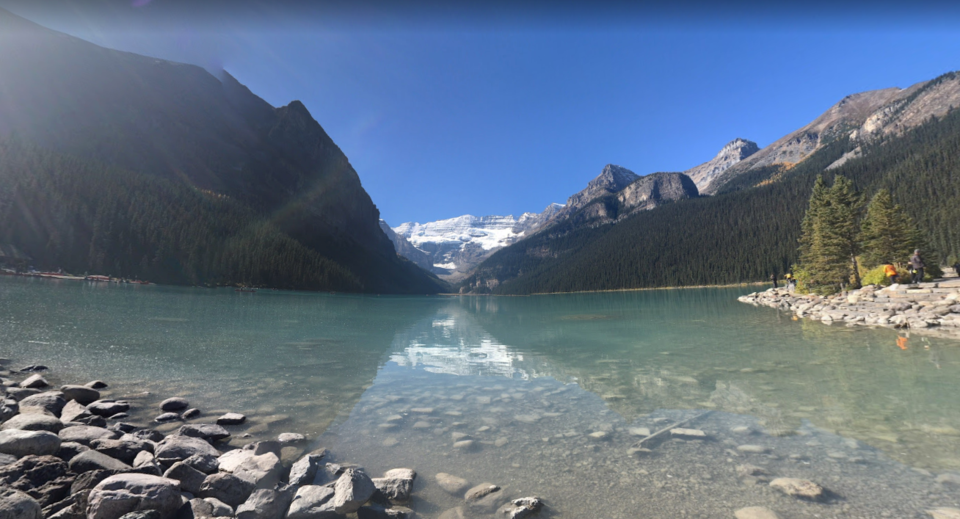 Vehicles were temporary stopped from entering Lake Louise on July 23 due to congestion. Google Maps Image.

LAKE LOUISE – Traffic entering Lake Louise was stopped on the Trans-Canada Highway due to the high volume of visitors trying to reach the iconic mountain village on Tuesday (July 23).

According to Parks Canada, officials with the federal agency and the RCMP began restricting non-essential traffic from entering the town around 11:30 a.m. and maintained rolling restrictions until 6 p.m. that evening. Access was maintained for shuttles, residents, registered guests and emergency vehicles.

“The weather on Tuesday was one of the nicest days this summer, which often brings visitors to the area. Additionally, there was construction underway on one of the bridges on Lake Louise Drive, requiring single lane alternating traffic,” wrote Lindsay McPherson, a public relations and communication officer for Parks Canada.

“Due to the high volume of visitors to Lake Louise each day, traffic control is critical to ensuring the best possible experience for all visitors, while ensuring the safety of visitors, staff and emergency services.”

McPherson said so far this year the number of vehicles using Lake Louise Drive is similar to 2018, however, the overall number of visitors has increased thanks to more people using Parks Canada’s shuttle service.

Parks Canada has also added a route to Moraine Lake this season, including direct early bird shuttles between 6 a.m. and 7:30 a.m. daily.

RCMP Sgt. Gerald Walker said they decided to close access to the town for public safety reasons, adding it's the second time this year they've had to stop vehicles from entering the town because of congestion.

"Basically the town was full, it was backing up onto the highway," said Walker, adding they usually have to close access to town a few times every summer.

He said the RCMP helps Parks Canada as much as possible with traffic control, however, if there is a more urgent matter the police will divert their resources to deal with it.

In order to keep traffic moving along the highway, he said cars are directed onto White Horn Drive towards Lake Louise Ski Resort where they are asked to turn around and line up to enter the village or get back onto the highway to go to the park and ride.

He said the issue of congestion and how to deal with it will likely be addressed in Banff National Park's new management plan that is currently underway.

"That's one of the pieces that may come up during the planning process," said Cochrane. "It's a bigger question for the overall management of Banff National Park and so the best place for us to address that and to make sure there's good consultation on it and everyone has a chance to comment on it is through the Banff National Park planning process."

Visitors can also park at the Lake Louise park and ride and take a shuttle up to the Lake Louise lakeshore, however, wait times for the shuttle can be more than 1.5 hours.