CALGARY –Lake Louise Ski Resort argued in Calgary court last Friday (June 28) that the judge that fined it $2.1 million under the Species at Risk Act (SARA) for cutting down endangered trees, erred in law and her sentence should be reconsidered.
Jul 2, 2019 9:13 AM By: Jenna Dulewich 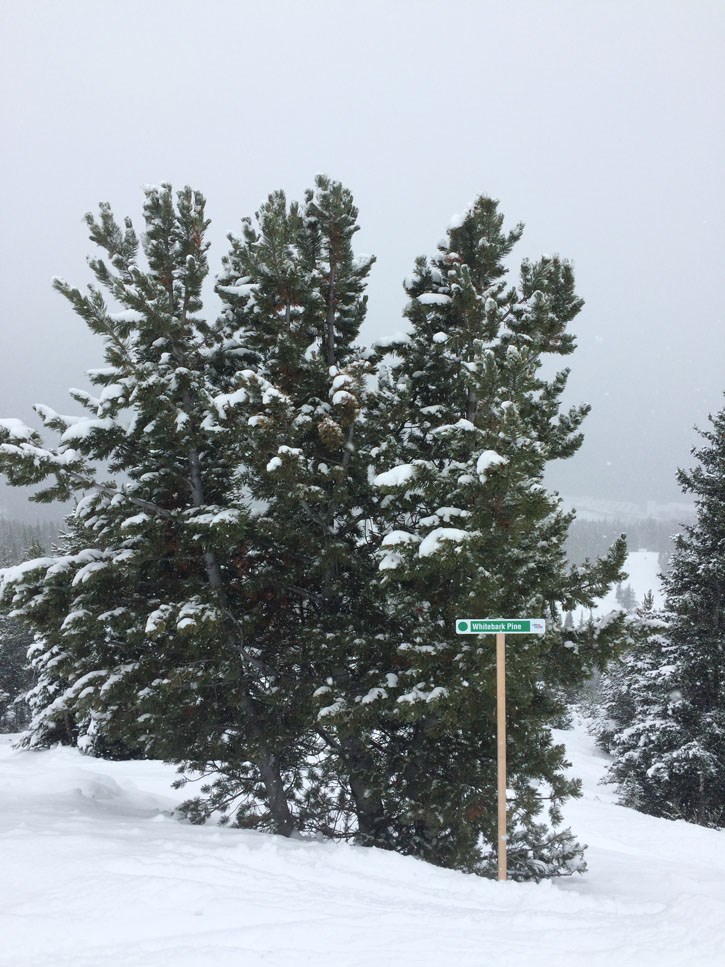 An example of one of the interpretive signs placed by the Lake Louise Ski Area next to endangered whitebark pine trees.

CALGARY –Lake Louise Ski Resort argued in Calgary court last Friday (June 28) that the judge that fined it $2.1 million under the Species at Risk Act (SARA) for cutting down endangered trees, erred in law and her sentence should be reconsidered.

Lake Louise Ski Area is one of the first companies to be prosecuted under the act and the charges stemmed from a 2013 incident when employees did not have the required permits in place to do tree clearing on Ptarmigan Ridge and ended up destroying endangered whitebark pine trees. The tree species, which exists only at higher elevations in the Rocky Mountains, were listed as an endangered species the year prior and are protected under SARA.

Court of Queens Bench Justice Barbra Romaine heard the arguments for the appeal from defence lawyer Duff Harper and federal Crown prosecutor Alex Bernard. Harper argued there were errors in law made, including an overemphasis on the aggravating factors during sentencing by the original trial Judge H. A. Lamoureux.

“[Judge Lamoureux] was obviously not happy with the activities undertaken by Lake Louise,” Harper said, noting it “coloured” the judge’s approach.

The defence argued the $2.1 million fine is “way too high” and suggested a more reasonable $350,000 fine – $230,000 for the SARA offence and $120,000 for the amount of trees cut down at more than $3,000 per tree. Harper also noted the estimated $40,000 cost of the remediation plan, which included paying Parks Canada to provide whitebark pine seedlings for planting and remediation work, in addition to the skill hill to establish an interpretation program that includes whitebark pine ecology, provide fact sheets to visitors and identify trees on its leasehold with educational signage, that has already taken place.

The ski area pleaded guilty in December 2017 to charges under the Canadian National Parks Act and SARA to cutting down a patch of trees, including whitebark pine, between Aug. 12 and Sept. 23, 2013. Of the 150 tress that were removed, it was determined 38 whitebark pine trees were destroyed, which contained 58 stems and 19 of the trees trees were more than 40 years old and able to reproduce.

The corporation was fined $1.6 million, which is contributed towards the Environmental Damages Fund, and an additional $500,000 for the destruction of a trees species in contravention of the National Parks Act.

The Lake Louise skill hill indicated it would appeal the $2.1 million fine in December.

The trees in question are considered important for stabilizing steep slops, influencing the amount of snow melt by sustaining snow drifts and providing critical food, cover and shelter for many species of wildlife.

It was listed as an endangered species due to the projected decline of more than 50 per cent over a 100 year time period. The whitebark pine also faces decline due to the effects of the Mountain Pine Beetle, climate change and fire exclusion where the Canadian government website notes, “likely, none of the causes of decline can be reserved.”

The judge reserved his decision for a future court date yet to be determined.

- with files from Tanya Foubert