With the popularity of the fall larch season, when trees turn to vibrant yellow, Roam will run a direct bus service from downtown Banff to Moraine Lake.
0
Sep 11, 2019 12:22 PM By: Cathy Ellis 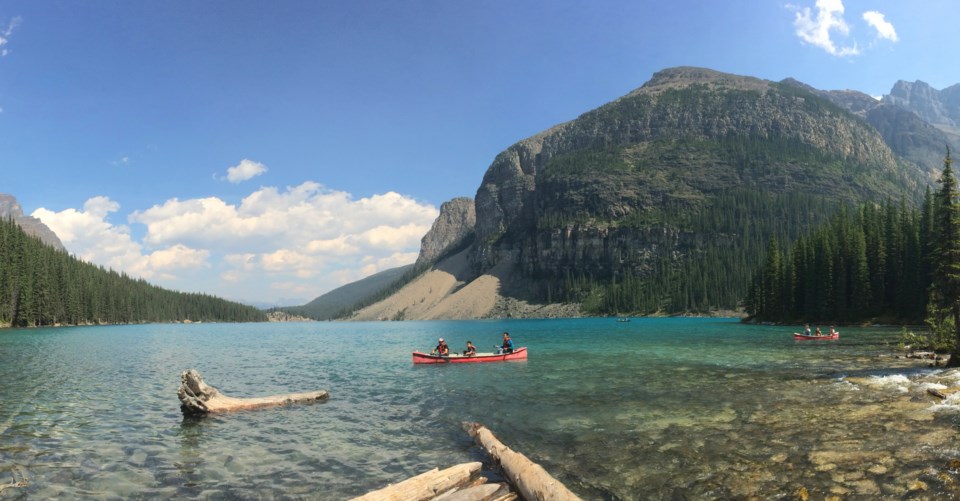 MORAINE LAKE – For the first time, a direct bus service from Banff to Moraine Lake will take tourists and residents to view the spectacular larch trees this fall in a bid to battle crazy congestion.

The price of a return fare for adults will be $20.

“Larch season is extremely popular and parking is limited, and so this is a great opportunity for residents and visitors to be able to get there without using private vehicles,” said Martin Bean, BVRTSC’s chief administrative officer. “This way you don’t even have to think about whether the parking is full or not; you’re just getting dropped off right at the end of the lake.”

For about three weeks in fall, larch trees turn from a pale green to a vibrant yellow or gold, a spectacular display that draws more and more tourists to the iconic lake in Banff National Park area year after year.

When the parking lot is full, the road to Moraine Lake is closed.

The bus schedule is still being finalized, but the first of seven departures from Banff to Moraine Lake looks like 6:30 a.m. with the last bus back to Banff around 5:30 p.m..

Bean believes the new service will be popular based on the success of the summer Banff-Lake Louise direct route launched earlier this year, which saw almost 25,000 people per month in July and August take the bus.

“With the rough numbers throughout the summer, we were averaging over 700 people a day, and some days were over 1,000 people,” he said.

“Doing the direct service to Moraine Lake for a three-week period like we are doing is allowing us to be able to evaluate this year and determine the success of it for the future.”

In addition, On-It riders can transfer for no charge onto any local Roam transit within either Canmore or Banff. This week is the last opportunity to take transit to Lake Minnewanka and Cave and Basin with those services ending for the season after Sept. 15.