“I say anybody feeding a wild animal, or getting too close to a bear, is putting their own fingerprints on the barrel of a gun that will be used to murder a bear.”
Jun 18, 2020 1:58 PM By: Cathy Ellis 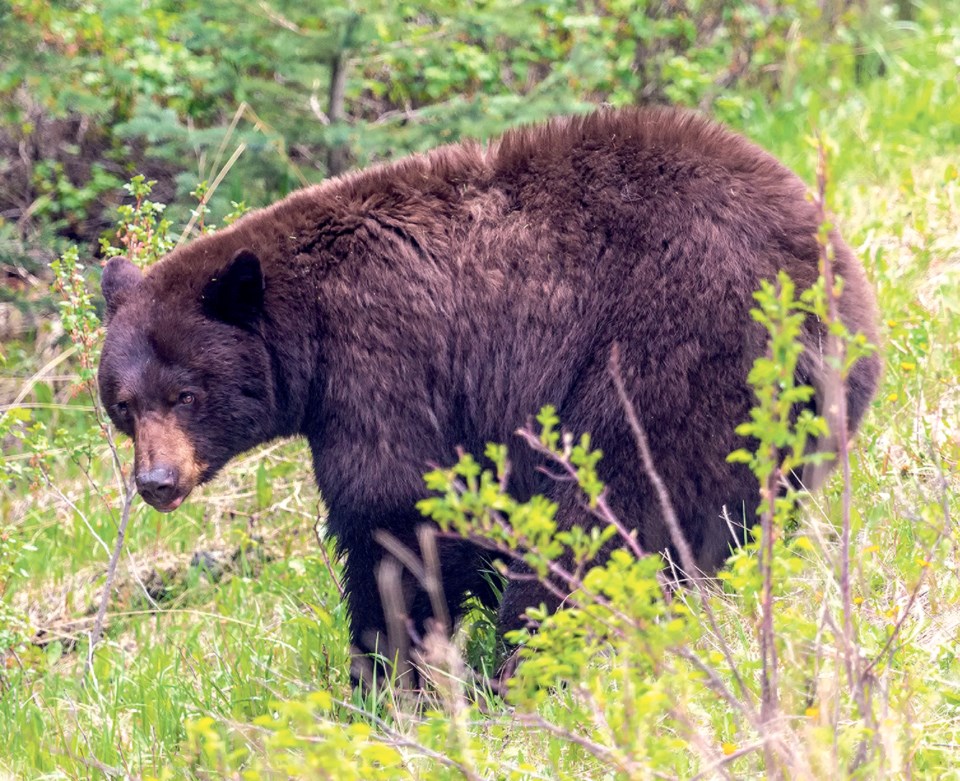 Feeding wildlife in a national park is illegal, but officials say they have received multiple reports of black bears being fed on the Icefields Parkway in the northern end of the park between June 1 and 17.

“We do not know whether all reports involve the same bear or multiple bears,” said Amy Krause, a spokesperson for Lake Louise, Yoho and Kootenay.

“A park warden is investigating and wildlife management teams are monitoring the area.”

Feeding wildlife in parks has become an increasing problem in recent years as visitation in the mountain parks skyrocketed. While this year is quieter because of COVID-19, Banff typically sees more than four million visitors a year.

In 2017, a female grizzly bear in Kootenay National Park was fed French fries. That move landed an Edmonton man in court where he was slapped with a $2,500 fine.

Known as bear No. 167, this female grizzly bear is fitted with a GPS collar, so wildlife managers can track her movements to keep her away from the highway, where she has become infamous for walking highway jersey barriers.

Parks Canada doesn’t believe bear 167, which has gone through a few rounds of aversive conditioning to make sure she doesn’t become food-conditioned, got a taste for any human food last year.

While there are many stories of bears being fed, other wildlife are tossed food, too. In 2017, a Calgary man was fined $400 for tossing Bighorn sheep candy bars along Mount Norquay Road near Banff.

“Feeding bears anywhere is wrong, it’s just wrong. It’s a lack of respect for wild animals and the need for personal gratification to get a photograph or something,” she said.

“I say anybody feeding a wild animal, or getting too close to a bear, is putting their own fingerprints on the barrel of a gun that will be used to murder a bear.”

Feeding wildlife is extremely dangerous for both people and bears.

Parks Canada officials say that once a bear gets an easy meal, whether at a campground or from people in or out of their vehicles, it doesn’t forget and may head back for more of the same.

Jon Stuart-Smith, a human-wildlife coexistence specialist for Lake Louise, Yoho and Kootenay, said while the reports were of black bears being fed, grizzly bears have started to show up in the area, too.

“We’ve had a number of feeding incidents over the last few weeks, unfortunately,” he said.

The dangerous path for a bear being fed human food, to becoming habituated, to eventually becoming possibly food-conditioned, is a slippery slope, hence the mantra a fed bear is a dead bear.

“Feeding bears roadside can create food-conditioned bears that will approach vehicles, which potentially means they are more likely to be struck on the highway,” Stuart-Smith said.

“It also puts visitors at risk because bears may approach and potentially be looking for food from visitors in their vehicles, or it gets to the point where they go into campgrounds, or other high-use areas, where they might also try and get into non-natural food sources.”

Once a bear is food-conditioned, there aren’t often many options for wildlife managers.

“It can potentially mean we would have to destroy an animal if it gets to the point where it’s food-conditioned,” Stuart-Smith said.

In Kootenay National Park, there is no-stopping zone along a 15-kilometre stretch of Highway 93 South between McKay Creek operations centre above the Radium hot pools and Settler’s Road where bears are foraging roadside.

On Thursday (June 18), Parks also implemented a no-stopping zone along a 10-km stretch of the Trans-Canada Highway in Yoho National Park to protect a number of black bears and grizzly bears, including a rare white coloured grizzly cub and its sibling.

“If you see people feeding wildlife, please note the licence plate number of the vehicle involved,” said Krause. “Report the incident as soon as it is safe to do so to Banff Dispatch at 403-762-1470.”

Closures in place to protect wildlife denning and nesting in unusual areas of Banff
Jun 4, 2020 6:37 AM