While the RCMP collision analyst has completed a detailed inspection report, Alberta RCMP will wait until spring 2021 to provide an update to the public on the investigation.
Dec 24, 2020 10:50 AM By: Rocky Mountain Outlook 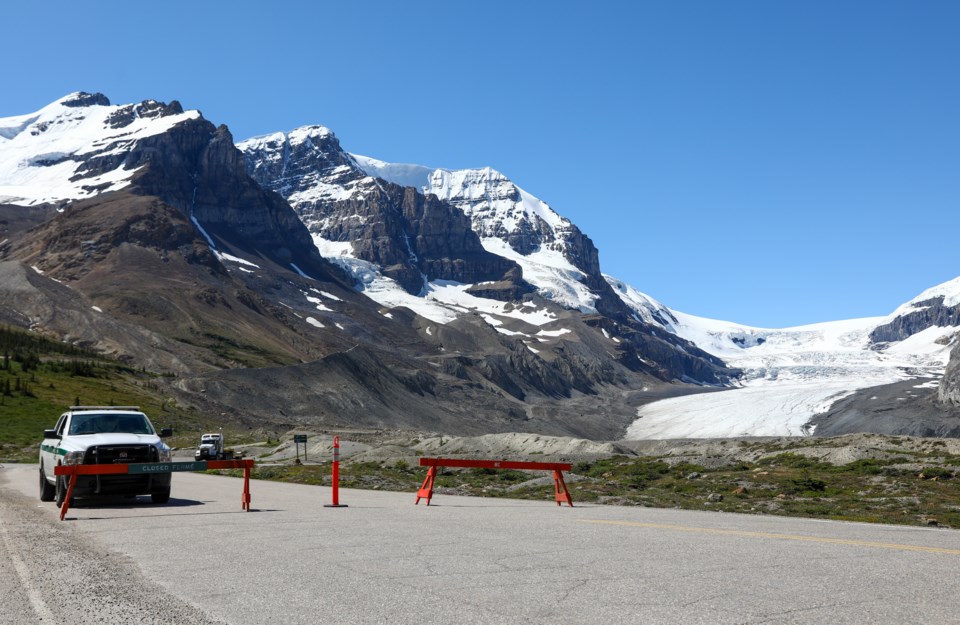 A Parks Canada ranger patrols the road into the scene of the sightseeing bus rollover at the Columbia Icefields, Monday (July 20). Three people were killed and more than a dozen others were critically injured when a glacier sightseeing bus rolled on Saturday. EVAN BUHLER RMO PHOTO⁠

COLUMBIA ICEFIELDS – In the first update from the Jasper RCMP into a fatal rollover at the Columbia Icefields since July, investigators say they continue to look into the incident, but have been delayed "due to the impact of COVID."

In a press release issued Thursday (Dec. 24), media relations officer Cpl. Deanna Fontaine wrote that the Alberta RCMP's General Investigation Section continues to investigate the July 18 rollover of an Ice Explorer all-terrain vehicle, which resulted in three deaths and 14 others to be taken to hospital with serious injuries.

"Although the RCMP collision analyst has completed a detailed inspection report, the results will not be discussed until the investigation is completed as this may jeopardize the ongoing investigation," Fontaine wrote in the press release.

"The Alberta RCMP are actively undertaking a number of investigative actions as part of this ongoing investigation; however, some aspects of this investigation have been delayed due to the impact of COVID."

The RCMP are working with other government agencies, like Transport Canada and occupational health and safety, with their concurrent investigations.

"It is anticipated that the Alberta RCMP will be able to update their investigation into this matter in the spring of 2021," wrote Fontaine.

"No further details can be shared at this time."

The fatal rollover occurred during a Columbia Icefield Adventure tour, operated by Pursuit, along the Icefields Parkway. The vehicle had 27 passengers at the time it rolled down an embankment leading to the Athabasca Glacier in Jasper National Park.