RCMP confirmed Saturday evening (July 18) that three of the 27 passengers on the Ice Explorer all-terrain vehicle were killed and others critically injured after a rollover at the Columbia Icefield Adventure
Jul 18, 2020 9:00 PM By: Tanya Foubert 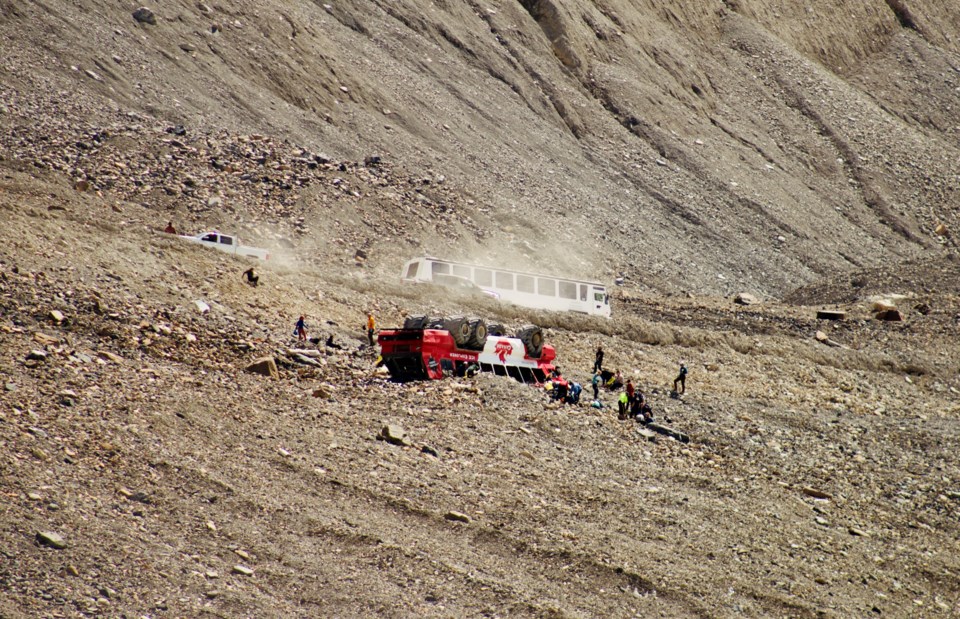 COLUMBIA ICEFIELD – Three passengers of an Ice Explorer are dead and others are critically injured after the all-terrain vehicle rolled over at the Columbia Icefield Adventure Saturday (July 18).

According to RCMP, emergency services responded to the scene, located in the Athabasca Valley along Highway 93, at approximately 1 p.m.

An update at 8:15 p.m. confirmed that three passengers of the vehicle were dead and a number of others were critically injured.

Cpl. Leigh Drinkwater indicated there were 27 occupants of the vehicle when it rolled over.

Jasper RCMP, along with a K-Division collision analyst, continue to investigate the cause of the rollover.

Highway 93, also known as the Icefields Parkway, remains open at this time.

The Columbia Icefield Adventure is 160 kilometres from Banff and 108 km from Jasper. The visitor experience is operated by Pursuit and takes guests to the bottom of the Athabasca Glacier, which forms part of the icefield.

According to the company's website, the specially designed Ice Explorers can fit up to 56 passengers.

The highway remains open, according to RCMP.

This story will be updated as more details become available.