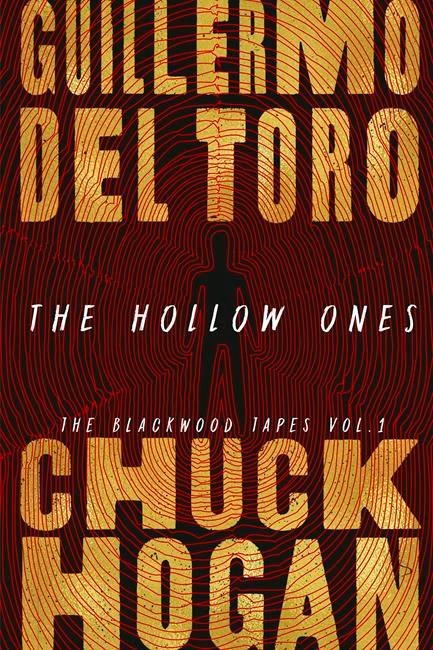 The writing team behind “The Strain” trilogy is back with a new evil incarnate. This time it’s more demonic than vampiric, possessing bodies and driving them to their deaths in all sorts of diabolical ways before exploding out of them in “ecstasy.”

But let’s back up. The novel plays out in three timelines. Most of the action is in present day Newark, New Jersey, as a young FBI agent named Odessa Hardwicke tries to piece together why her partner killed an innocent victim at a crime scene. In the course of her investigation, Hardwicke meets a dying agent named Earl Solomon, who came of age in the bureau while investigating the lynching of a white man in the Mississippi Delta in 1962. And lastly, we’re treated to the origin of “The Hollow Ones” in Mortlake, a district outside London in the year 1582.

At the of all three timelines is a character named Hugo Blackwood, whose purpose and powers are slowly revealed as the plot plays out. The writers note in a preface that they are intentionally tipping their hat to Algernon Blackwood, an early 20th century English writer who is credited with creating the “occult detective” genre.

Fans of Oscar-winner Guillermo del Toro — the co-writer with Chuck Hogan — will appreciate the focus on the monsters at the of the tale. Here’s the first description we get: “Much like a lamprey, the mouth was made of concentric circles of vibrating flesh, lined up with cartilaginous protrusions, not properly teeth, but barbed nubs.” Readers even get to go inside its mind as it chooses victims and then possesses them.

The book is a quick read, with propulsive action and just enough explication to keep readers interested. Hardwicke is the story’s skeptic and thus a stand-in for the reader at times. Told, among other things, that the Hollow Ones are only “mortally afraid” of one thing — virgin roosters — she says: “This is 100%, completely insane.”

Maybe. But del Toro and Hogan ground the story in just enough reality to keep you turning the pages. The relationship between Hardwicke and the dying Solomon feels real, as their twin investigations drive them deeper into a world of grave robbings, iron cauldrons and a reliance on the centuries-old wisdom of the mysterious Mr. Blackwood.

By the end, his story is far from told — in fact, that “Vol. 1” in the title means it’s just getting started.