Accident on Highway 1A

Update: Highway 1A has reopened. Hundreds of commuters were affected by the delay on Highway 1A Thursday morning.
0
Nov 22, 2018 10:27 AM By: Amy Tucker 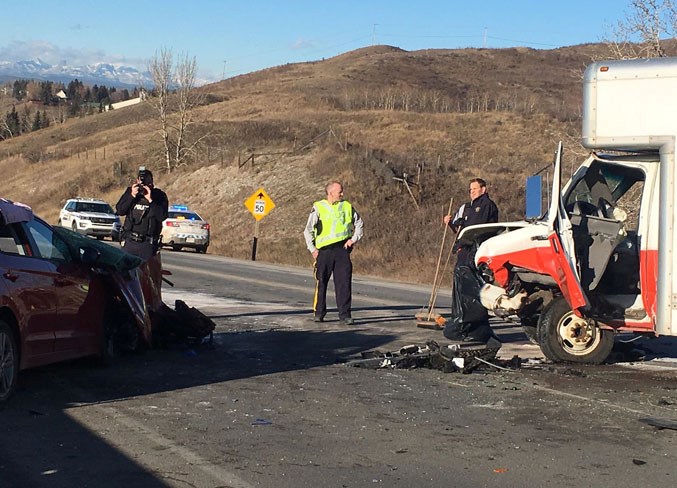 Update: Highway 1A has reopened. Hundreds of commuters were affected by the delay on Highway 1A Thursday morning. A westbound vehicle swerved head first into an oncoming sedan on Big Hill near the Centre Ave intersection, after attempting to avoid a minor three-car fender bender. The incident occurred just before 9 a.m. Thursday and caused both traffic directions on Highway 1A to be delayed. STARS air ambulance took one female, the single occupant of a sedan, to hospital. She was taken in serious, life-threatening condition with multiple traumatic injuries, EMS spokesperson Stuart Brideaux confirmed with the Eagle. The male driver, and only occupant of a small transport truck, was assessed at the scene and declined transportation to the hospital. Dharmjit Mangat was on his way to make a delivery to the Cochrane Walmart when he was stopped by the delay. He said he waited for more than an hour. Bill LeBlanc waited equally as long and said it caused his construction job to be shut down for the day as he was transporting materials to and from Royal Oaks in Calgary to a location near Cochrane. “I’m not concerned about not making money today,” LeBlanc said. “I hope ... they’re in the hospital and everything is fine.” The scene was cleared at approximately noon.