When it comes to war stories, the protagonist is usually a soldier, a sailor or an airman and understandably so; the stories that can be told about those individuals are often gripping.
0
Nov 6, 2014 12:00 AM By: Rocky Mountain Outlook 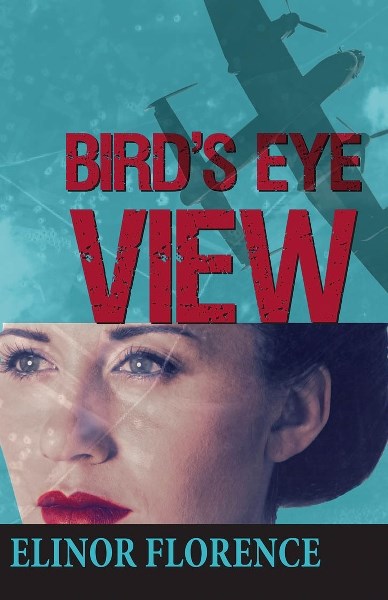 When it comes to war stories, the protagonist is usually a soldier, a sailor or an airman and understandably so; the stories that can be told about those individuals are often gripping.

But in exploring those stories – the low-hanging fruit as it were – it’s all too easy to overlook many other stories that can be told about a war.

In the Second World War, for example, the number of men and women working behind the lines far exceeded those at the sharp end of the spear. Telling the more mundane stories is challenging, as they’re just that: mundane. Or at least that is how they may appear – scratch away the surface, however, and there’s storytelling gold.

And that is what Invermere writer Elinor Florence discovered many years ago when she came across a photograph of a woman in a Royal Air Force uniform intently studying a photograph.

This woman, Florence learned, was an aerial photographic interpreter. With an interest in photography developed from her career as a journalist, Florence wanted to know more.

“Years ago I saw an old photograph in a newspaper of a woman in an air force uniform bent over a desk studying an aerial photograph and I was immediately intrigued by the idea that people did that as a profession,” she said. “I kept that in the back of my mind for years until I was ready to write my book because I really wanted to know more about aerial photographic interpretation.”

And what she learned began to feed into what became Bird’s Eye View, Florence’s first novel, published by Dundurn Books in October.

With that photograph of the aerial photographic interpreter to guide her, Florence chose to tell the story of Rose, a young, idealistic farm girl from Saskatchewan bent on serving her country at the outset of the Second World War. Rose volunteers for Britain’s Woman’s Auxiliary Air Force, and is later transferred to the Royal Canadian Air Force.

Rose is stationed at RAF Medmenham, a mansion about an hour north of London that serves as the aerial photographic interpretation headquarters where photographs taken by aerial reconnaissance pilots over Europe are analyzed. Rose begins as a darkroom technician, but it is soon discovered that she has an innate ability to read these photographs and pick out essential elements, such as camouflaged gun emplacements or troop movements. And it was a woman, according to Florence, who discovered the existence of Germany’s jet-propelled rocket, the V-1.

“… the idea with interpretation, as well as having these extremely developed skills, is you also had to have a sixth sense. The best interpreters were the ones that could look at a photograph and have a ‘hot’ item, as it was called, jump out and that was something you couldn’t train for. You either had it or you didn’t,” said Florence.

Aerial photographic interpreters were generally well-educated at universities such as Cambridge and Oxford and the chance a Canadian from Saskatchewan would have been chosen for this type of work during the war is remote, Florence said.

Given that Florence’s story is fiction, she had the liberty of placing Rose in that unique world as a way to tell a story about Canada’s role in the war from the eyes of a woman – at least, it was after Florence solved one pivotal problem, getting Rose to England before Dieppe.

“I wanted Rose to join the RCAF, but they didn’t accept women until July 1941 and I wanted her to get over there earlier,” said Florence. “But then, of course, civilian travel was banned and I had a hard time figuring out how to get her over there. But I found, much to my relief, an outfit called the British Women’s Volunteer Service ran a train across Canada at one point recruiting women for the British services.”

While not seemingly glamourous, especially compared to the spies and the code-breakers of Bletchley Park, aerial photograph interpreters played an extremely important role in the Allies’ intelligence-gathering effort. The knowledge gleaned from the photographs provided essential information for military planners.

“It may not have gotten the same attention because basically it involved people hunched over a desk for hours and hours and hours studying little tiny details on photographs trying to figure out what changed or what the Germans were up to,” said Florence.

The fact that interpreters saw everything that was happening during the war through the photographs they studied made them a part of every phase of the war; on sea, land and air.

Florence said that along with telling a war story from a woman’s perspective and experience, she hopes her novel helps readers come away with a better appreciation of what Canadians accomplished during the war.

“I’m hoping this will appeal to a lot of people because it is interesting enough to raise a lot of questions about the war, and Canada really came into its own. We emerged from Britain’s shadow and came out on our own,” she said.

“Military history tends to be written by men who are interested in combat and there is so much more to the war than that and I hope by it being a fact-based fiction book about a young woman in war, it opens the horizons to talk about what everybody did during the war.”

Florence, who is already at work on her second novel, this time exploring pioneer life in Alberta, will be at Café Books in Canmore Sunday (Nov. 9) from 1-3 p.m. to sign copies of Bird’s Eye View and to chat about writing and the Second World War.

For more information about Bird’s Eye View and to read Florence’s blog, Wartime Wednesdays, where every Wednesday she posts stories discovered through her research, go to www.elinorflorence.com

One of the many stories Florence has included in this blog is the story of her German-born mother-in-law, Gerda Drews, who lived through the destruction of Berlin at the end of the war and the city’s occupation by Russian soldiers.