BOW VALLEY – Alberta’s urban municipalities are still waiting for the provincial government to create a sustainable capital funding grant program for the future to replace the current one, set to expire in 2021.
Dec 6, 2018 12:00 AM By: Tanya Foubert 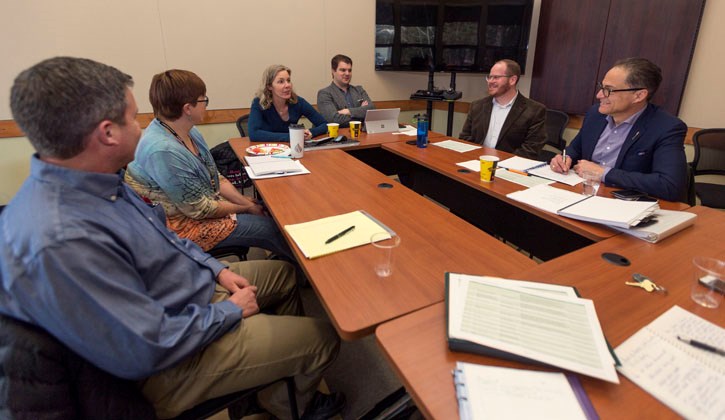 BOW VALLEY – Alberta’s urban municipalities are still waiting for the provincial government to create a sustainable capital funding grant program for the future to replace the current one, set to expire in 2021.

The Municipal Sustainability Initiative (MSI) was announced in 2007 and has paid for several projects across the Bow Valley, including $31 million for Elevation Place in Canmore and $33 million for the Fenlands Rec Centre in Banff.

But the grant program was scaled back in 2010, and has a shelf life that ends in three years, leaving communities and elected officials wondering what is going to replace it.

Chief Administrative Officer (CAO) for the Town of Canmore Lisa de Soto told the finance committee there has not yet been any indication from the provincial NDP government when a new program to replace MSI is to be announced.

She said meetings held with cabinet ministers during a recent Alberta Urban Municipalities Association (AUMA) conference indicated the new program could be a legislated formula into the Municipal Government Act.

“I don’t think they have landed on something firm yet, but the intention is there will be an infrastructure grant program that is legislated, as opposed to the last one which was a 10-year program that was extended,” de Soto said. “We are still waiting to hear the details of what that legislated program will be.”

During a recent visit to the valley, Finance Minister Joe Ceci said there will be a replacement program for MSI when it ends in 2021.

“I want to assure municipalities we have their back and we understand they need stable resources from the province and we will continue to do that through negotiations,” he said. “I came from a municipal world in Calgary and pushed repeatedly for stable funds from the province, so I am not immune to what that means for municipalities and in fact I think they can believe they have a finance minister on their side.”

Last Thursday (Nov. 29), Ceci and Minster of Municipal Affairs Shaye Anderson announced a new funding approach to replace MSI, but only for the cities of Calgary and Edmonton.

If passed, the City Charters Fiscal Framework Act would provide those two cities with infrastructure funding tied to provincial revenues. It is intended to replace the MSI for the two cities in 2022 with a baseline of $500 million in funding to be split between them in the first year. That year, a $50 million program to fund regional projects that support economic development would also be introduced and split three ways between Calgary, Edmonton and the rest of the province.

The fiscal framework also sets out that beginning in 2027, Calgary and Edmonton regions would split $400 million annually in long-term transit funding with the money coming from the Climate Leadership Plan revenues.

“The Government of Alberta is the highest funder of municipalities in the country because we understand the importance of local infrastructure to Albertans – it connects workers to their jobs, enables trade and attracts investment,” Anderson said during the announcement. “We know that in order to support continued growth, Alberta’s two biggest cities need permanent, predictable funding for their local infrastructure priorities.”

City charters for Calgary and Edmonton will also be amended to expand the use of off-site levies in new developments, allow the two cities to develop their own inclusionary housing programs, manage their own debt limits and adjust local improvement tax timeframes.

The city charters came into place in the spring of 2018 and provide specific flexibilities and authorities to Calgary and Edmonton to meet their needs.

“We’ve been working towards long-term, predictable funding for Alberta’s big cities for many years,” said Calgary Mayor Naheed Nenshi. “In order to be able to plan for the future and invest in areas Calgarians expect, it is critical that we have a level of financial certainty from the Government of Alberta.”

With a new funding formula for the two major cities in the province announced, the remaining municipalities in Alberta await details about a new program to begin in 2022 for them as well.