"It would make absolutely no sense for a landlord to threaten to evict somebody who has no money to pay rent in the weeks to come because who is going to take that space.”
0
Mar 20, 2020 7:45 PM By: Jenna Dulewich 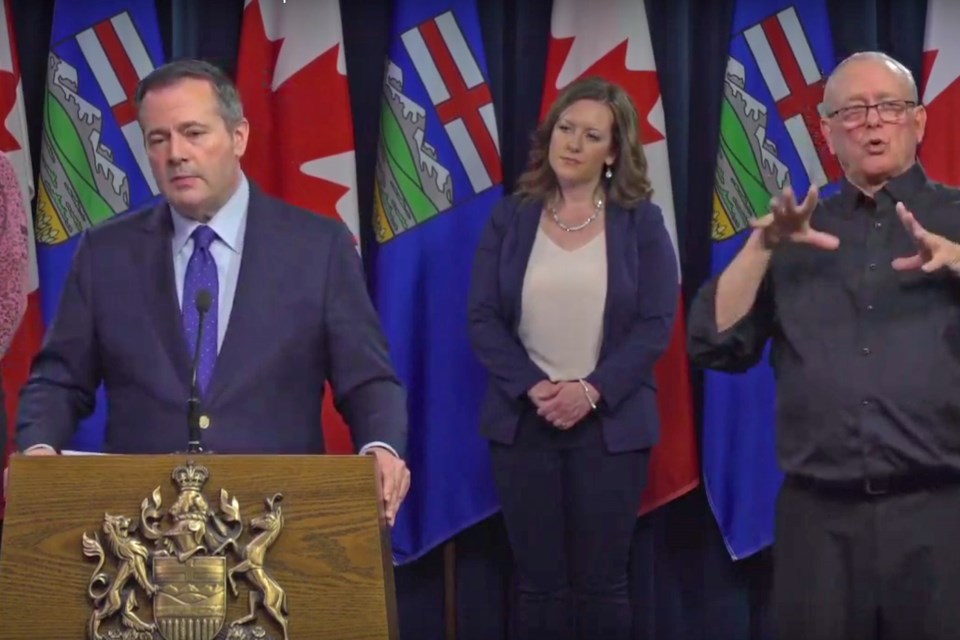 ALBERTA – As the province announces interim policies and financial aid to help Albertans during the COVID-19 pandemic, Premier Jason Kenney said he is not looking to block evictions, even temporarily, but is hopeful landlords “show flexibility” instead.

“Let me say that I believe any good landlord is going to show flexibility to their tenants now," Kenney said during a press conference Friday (March 20) afternoon.

"It would make absolutely no sense for a landlord to threaten to evict somebody who has no money to pay rent in the weeks to come because who is going to take that space.”

The announcement comes as the number of positive COVID-19 cases rises to 195 – days after the province declared a public health emergency. In the days prior to the announcement the province put limits on public gatherings, reducing the maximum number to 50 persons – severely affecting the hospitality and tourism industry.

Sit-down restaurants, cafés, coffee shops and other food-serving facilities, including those with a minors-allowed liquor licence were limited to 50 per cent capacity to a maximum of 50 people. While takeout and delivery services were still permitted, several businesses including the Wood Restaurant and Lounge, the Drake Public House and the Eddie Burger Bar – to name a few – made the decision to close until further notice.

Between Banff and Canmore, the estimated numbers of workers who lost employment were in the thousands, including people who had lost staff accommodation, as a result of their employment termination.

Kenney was asked during a press conference if his government would consider putting a temporary block on evictions for at least a month while residents sort out this financially stressful time.

Since the outbreak of COVID-19 in Canada, Ontario, B.C., Nova Scotia and Quebec have taken steps to protect renters, in some cases enforcing temporary eviction bans.

The premier said the province is exploring options, but he pointed to the emergency financial aid to cover costs.

“With respect to renters, we’re looking at options to ensure people are able to keep, and have the security of, their rental property, even if they are financially distressed. That is one of the reasons why we are rolling out the emergency, self-isolation payments starting next week of over $1,100 for a two-week period until people can access the federal payment,” Kenney said.

In a labour market review released by the Job Resource Centre last spring, it was reported the average prices for a studio/bachelor in Banff cost $1,104 and $946 in Canmore, while a one-bedroom in Banff averaged at $1,528 and $1,422 in Canmore. Even for shared accommodation, the estimated rental costs of being a roommate was $859 in Banff and $856 in Canmore. Kenney said he is in talks with other provinces discussing what they are doing with the situation but wants to keep options open for landlords who might need to evict.

“If we were to absolutely block any future evictions, that means the small – there is a lot of small mom and pop landlords out there – who are going to be stressing paying their own mortgages – and if there is no revenue then their financial situation falls into jeopardy," Kenney said.

"There is always ... the problem of bad tenants who might be involved in illegal activity, or vandalism, or things like that and the landlord must be able to deal with truly problematic tenants."

Albertans can apply for emergency isolation support for a one-time payment of $1,146 to bridge the gap until federal emergency payments can start in April, according to the province's website.

The program is expected to be available next week.

Residential customers also have the option to defer electricity and natural gas bill payments for 90 days.

“This is a complex issue – we don’t want to make the situation worse unintentionally,” Kenney said.

“The bottom line is we are giving people the cash infusion and I think most landlords are stepping forward with relief.”