Banff cutting back on police presence

Banff’s RCMP detachment will have fewer members in place to serve the busy tourist town in the future.
0
Jan 13, 2011 12:00 AM By: Rocky Mountain Outlook 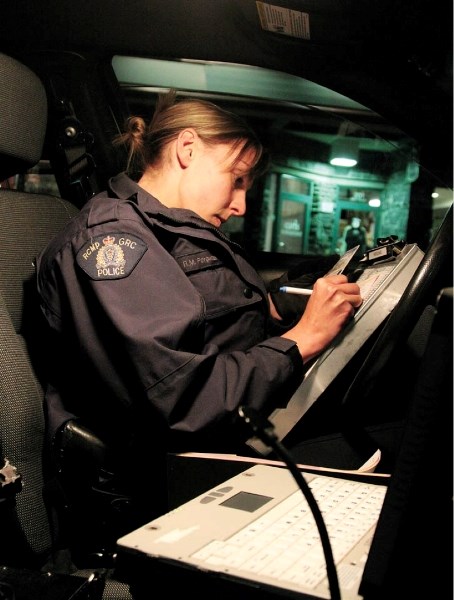 Banff’s RCMP detachment will have fewer members in place to serve the busy tourist town in the future.

Following lengthy negotiations, the Town of Banff and Alberta’s Solicitor General’s office have signed a three-year contract that will see the province fund four positions, instead of the historical seven.

For its part, the municipality will now cover the costs of one more cop, bringing the total number of positions funded by the Town of Banff from 11 to 12.

Even though the detachment has had trouble filling some positions in recent times, that still leaves the detachment two short of historical policing levels.

And even though crime statistics appear to be going down in recent years, fewer police positions still has some members of the community worried.

They argue the Mounties are already extremely busy dealing with drunks, druggies, partiers, petty criminals and even gang associates from Calgary.

Herb MacAulay, chairman of the RCMP’s community advisory committee, said the funding cuts from the province were a severe blow to the local Mounties.

“The RCMP were blindsided by the cuts. It was a very, very heavy blow to them, and on the board and within the community, there has been a lot of discussion,” he said.

“The RCMP are under a lot more pressure than the community might think, not because of crime in the community… but (from) people coming from other places.”

Cities and towns in Alberta with a population over 5,000 people must provide their own police service. Most commonly, they contract an existing service, such as the RCMP.

In Banff’s case, the province agreed to provide funding to cover costs for an additional seven Mounties, on top of what the municipality was paying for, when Banff was incorporated in 1990.

It was in recognition of the town’s unique circumstances as a resort town, which serves 8,700 permanent residents, plus a large transient population and close to 3.1 million visitors a year.

In February last year, the province told municipal officials they would no longer do that. But following ongoing talks, they have now agreed to kick in roughly $450,000 a year for the four positions.

For its part, the Town’s 2011 budget has been increased by $161,000 to cover the net costs associated with paying for an additional cop. Banff’s total policing budget sits at $1.923 million.

Town officials say crime rates have been dropping in Banff in recent years, but nonetheless, they will keep close tabs on the possible impacts fewer police positions might have.

Banff Mayor Karen Sorensen said the issue has been compounded by the closure of the Banff courthouse, which requires police to travel out of the community to Canmore.

“We have a safe community and we do a good job with crime management and crime prevention, and I would suggest the number of RCMP we have had in the community has been appropriate,” she said.

“By reducing that number, I hope we don’t see negative impacts.”

Reports over the years suggest the RCMP are often stretched, with officers taking on overtime to cover each other’s shifts because of sick days, vacation, court or even training.

They have also had to bring in police from outside the community to cover shifts so they don’t go below the RCMP standard. On top of that, many experience burnout within a few years.

A meeting is planned this week to look at the RCMP roster, but police say they can’t yet comment on the cutbacks, and what challenges that will bring.

“I’m not in a position to comment because things are still developing,” said Staff Sergeant Wayne Wiebe.

Seldom do big-time crimes occur in Banff, although there have been vicious attacks and rapes of women in recent years, huge drug busts and the 1990 murder of local cabbie Lucie Turmel.

And while police deal with drugs and other crimes, perhaps one of the biggest and most ongoing challenges comes from policing at night.

For many visitors and even locals, there is the Banff of the daytime; bustling with shoppers, rubberneckers and those just soaking up the ambience and spectacular mountain scenery.

But then there is the town after dark, from 11 p.m. to 3 a.m.; the Banff that presents all manner of challenges for RCMP members who are working the night shifts.

“Banff is definitely a unique policing situation,” said Constable Rachel Pergunas during a ridealong with the Outlook one evening in May last year.

“There is a low frequency of dealing with people from the community, but a very high percentage of those charged and arrested are from out of town.”

MacAulay, who is a local cabbie, said he also understands RCMP are quite concerned about what the loss of even two positions might mean for gang activity in the clubs late at night.

“We also get groups who come up to Banff who are known gang associates from the city of Calgary, and even the city of Vancouver, and come here to kind of socialize,” he said.

“This is one of the major concerns police have with respect to policing in Banff.”

MacAulay, however, said he does not believe there will be huge pressure to increase the police numbers while tourism is still down.

He said the business community has no appetite for increased taxes at this time, yet many of the people committing crimes in Banff are drawn from out of town to local establishments.

“Eventually, business is going to turn around, but whether or not the savings generated will be reinstated once business turns around, and crime spikes again, we’ll have to wait and see,” he said.

“I think that we should still have the seven positions… (but) the more mature and responsible thing (for businesses) is to accept more of a tax increase for the Town to fund some of these positions.”

A spokesperson for the Alberta Solicitor General’s office refused to answer specific questions on why the province was cutting back on funding those seven traditional positions.

Christine Nardella, a spokesperson for the department, said they would contribute about $450,000 this year to fund the four positions in Banff as part of an agreement reached with the Town.

She said it is also important to note, like any other municipalities with more than 5,000 people, Banff receives a municipal policing assistance grant. In 2011, it’s $269,768.

They also receive revenue from fines, as well support from Alberta law enforcement response teams, which are specifically set up to tackle serious and organized crime, said Nardella.

Mayor Sorensen said Banff would continue to monitor the situation.