Bears are coming out of the dens in Banff. Parks Canada confirmed the first sighting of a grizzly bear on Saturday (March 24) along the Bow Valley Parkway by Backswamp.
Mar 29, 2018 12:00 AM By: Rocky Mountain Outlook 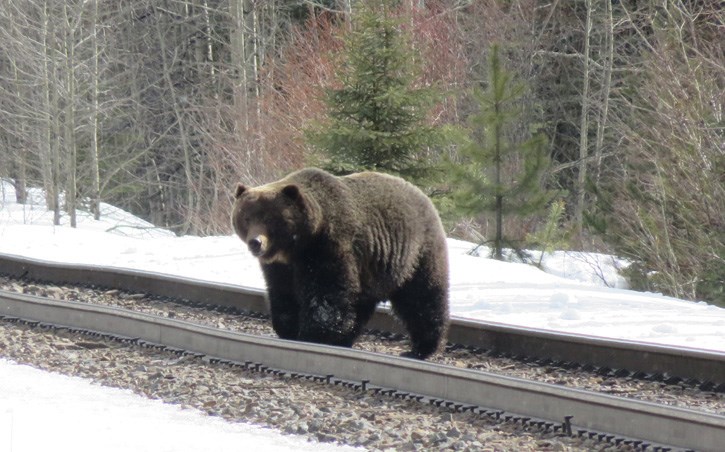 Banff’s well-known bear the Boss, pictured here in 2017, is usually one of the first male grizzly bears to emerge from his den in the spring.