"With the positive change in the weather and fire conditions, along with discussions with AB agriculture and forestry, the MD terminated the Declaration of the State of Local Emergency."
Oct 14, 2020 11:31 AM By: Jenna Dulewich 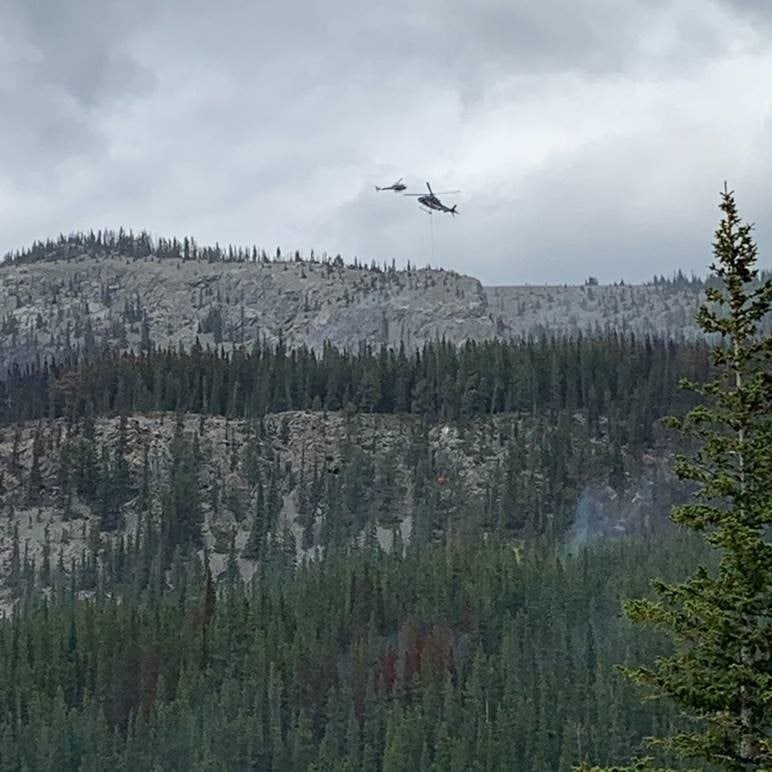 BIGHORN ­­– After about a week of being under a state of local emergency and the MD of Bighorn residents can breathe a sigh of relief as the status of a nearby wildfire has been downgraded to "being held."

On Monday (Oct. 12), Bighorn officials announced Alberta Agriculture and Forestry crews had made huge progress on the fire with favourable weather conditions and help from air crews keeping the fire contained.

"The wildfire has been downgraded from out of control to being held. The MD renewed the state of local emergency earlier this morning [but] with the positive change in the weather and fire conditions, along with discussions with Alberta agriculture and forestry, the MD terminated the declaration of the state of local emergency," wrote acting director of emergency management Rob Ellis.

The wildfire, which is still under investigation after being started by an abandoned campfire, stems from Labour Day long weekend. Originally listed as out of control, the status had changed after a week to being held and then under control as the fire stayed within the perimeter for several weeks.

Two weeks ago, the status changed again from "being held" and was officially declared "out of control" on Oct. 6 at 2:50 a.m. At the same time, the MD of Bighorn declared the state of local emergency and residents were asked to be on standby to evacuate as more than 100 firefighters fought the flames.

While no residents ended up evacuating, some campers in the area were asked to leave as the perimeter of the fire quadrupled in size from almost 700 hectares to approximately 3,624 hectares.

As of Oct. 13, Alberta Wildfire officials said the fire is not anticipated to grow past current boundaries.

"The wildfire will be actively monitored and managed and resources will be available to respond as needed," officials wrote in a statement.

The perimeter of the fire is currently at 2,416 hectares.

Since March 1, more than 3,200 hectares in the Forest Protect Area of Alberta have burned due to 697 wildfires.