Borrowman wins mayor job with half the vote

Canmore has a new mayor and with nearly half the popular vote in this week’s byelection, John Borrowman says his mandate is clear.
Jun 21, 2012 12:00 AM By: Rocky Mountain Outlook 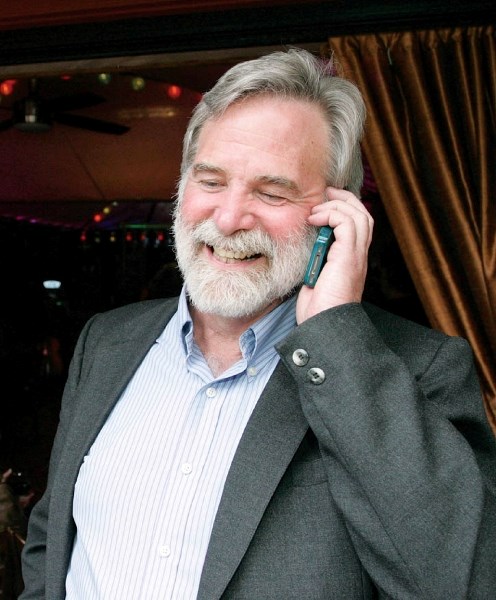 Canmore has a new mayor and with nearly half the popular vote in this week’s byelection, John Borrowman says his mandate is clear.

“My mandate is to lead the council team and work with administration to continue realizing our vision as a community and our potential,” Borrowman said adding communication as a cornerstone of his campaign will continue to be important. “The one thing I really enjoy during an election is people get involved.

“I love talking to people even people that are angry at me and people who are not going to vote for me – I really enjoy dialogue.”

Moving forward he said that includes keeping Facebook as a tool to engage residents and communicate with them on the issues.

Borrowman was elected Tuesday (June 19) with 1,462 out of the 3,024 votes cast, along with Vi Sandford and Sean Krausert as new councillors.

Sandford celebrated the winning moment at the Legion with other members of the community and council.