CANMORE – A group of citizens in the Bow Valley concerned about climate change are hoping to create the opportunity for the community to begin to understand what is needed to tackle the issue.
Feb 28, 2019 12:00 AM By: Tanya Foubert 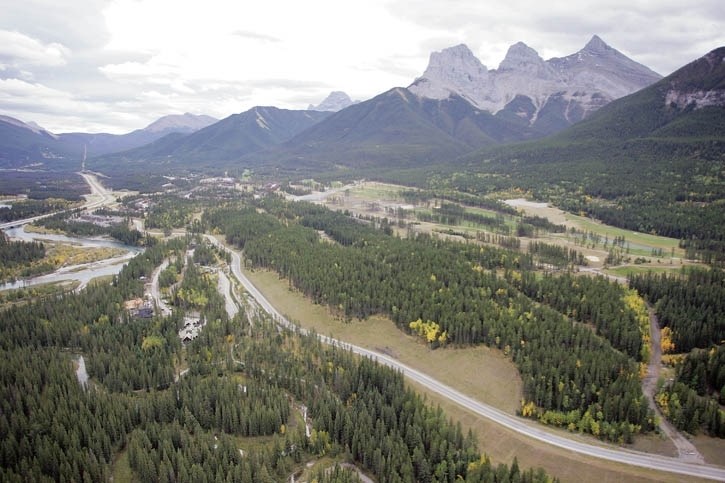 CANMORE – A group of citizens in the Bow Valley concerned about climate change are hoping to create the opportunity for the community to begin to understand what is needed to tackle the issue.

Bow Valley Climate Action is not an official organization, but member Heather Gibb said they are organized to engage in dialogue on climate change, its effects and what people can do about it.

The group of concerned citizens were spurred on by the most recent International Panel on Climate Change report that set out a stark future unless action is taken to limit the impact of human activities on the climate.

Gibb said with two elections in 2019 – a provincial and federal one – it is the right time to begin to engage in these conversations as a community and as individuals with potential political candidates.

“We want to make sure climate change is up there, that it isn’t pushed aside and we want the conversation to be fact-based,” she said. “The main overriding objective is to ensure climate action is on the agenda and that we look for opportunities to have civil citizen conversations about climate change and what people can do.”

For Shannon Ripley, the IPCC report and the message that there is less than a dozen years left to do something before it could be too late, was one of the reasons she got engaged in the group.

“I feel locally our municipalities have taken on some progressive action plans and there is really good action,” Ripley said. “But really thinking of the degree at which we have to change every single one of us in our daily life, our family life, our work organizations and scale up to broader policies to address climate change – we have to do more.”

Ripley said it is clear conversations around climate change and transitioning toward renewable energy sources are challenging in Alberta, with many people fearful of change because they are concerned about the economy and employment.

But success for the future means working together and not leaving anyone behind, she said, and creating new economic opportunities to replace the resource extraction based jobs.

The Bow Valley Climate Action group is hosting an upcoming speaker’s event featuring Joe Vipond, who was a key organizer for the successful Alberta Coal Phase Out and Canadian campaign beginning in 2012.

As a doctor, Vipond is also chair of the Canadian Association of Physicians for the Environment Alberta committee.

Through citizen engagement and climate advocacy he has influenced government policy with respect to phasing out coal power in Alberta sooner than originally planned.

“So the question always goes to what is next,” he said. “I really think for our planet what is next is to move people forward on this … it isn’t about a niche group labelled as ‘environmentalists,’ it is about everybody.

“Climate change is going to impact every single human on the planet, whether you are 10 years old with your life in front of you, or 85 years old with children and grandchildren – we need everybody on board.”

His presentation in Canmore will also facilitate a discussion on grassroots organizing to build action on climate change, something Bow Valley Climate Action is keen to see happen.

Vipond said his goal is to create enough interest and momentum on the issue that systemic change occurs at the political level. By engaging in conversations on climate change at the community level, it could lead to more awareness of the issue and more pressure on politicians to take meaningful action, he said.

Those interested in finding out more about the Bow Valley Climate Action group can email bowvalleyclimateaction@gmail.com to get involved.