The Bow Valley Food Alliance hired a temporary coordinator, thanks to a grant from the Bow Valley Emergency Grant Funding, to help with immediate food distribution while also sharing education and growing its network
May 26, 2020 8:19 AM By: Jenna Dulewich 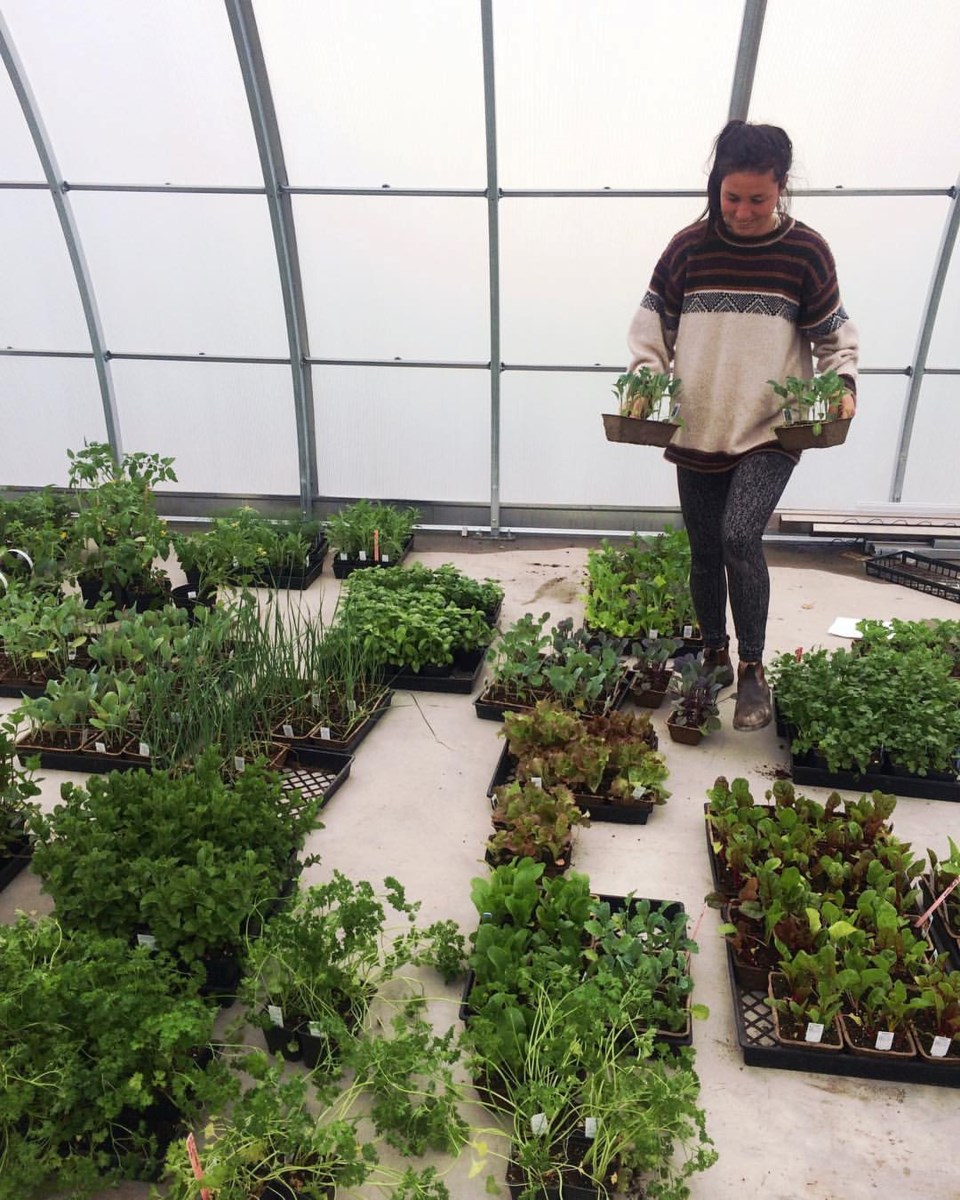 BOW VALLEY – A one-stop shop for food sovereignty in the Bow Valley.

At least that is how newly hired Bow Valley Food Alliance co-ordinator Cody Alba described her position with the organization, which was recently made possible through the Bow Valley emergency funding grants.

"Since March, most of our work has been focused on immediate food distribution ... we are focusing on people with a surplus of food and connecting them with organizations offering free and affordable foods to the community," Alba said.

Speaking to the COVID-19 pandemic that shook the province since the first presumptive case was found in Alberta at the beginning of March, the mountain towns in the Bow Valley were hit hard, as tourism-based businesses and the restaurant industry saw massive layoffs. Banff's estimated unemployment rate reached 85 per cent and Canmore's was estimated to be between 50 and 65 per cent.

While federal and provincial funding was available for those facing job losses, if they were eligible, the Bow Valley Food Alliance has been focused on food sovereignty and food security since the group officially formed in 2016 from ID No. 9 to the MD of Bighorn.

"To use an already overused term – COVID is unprecedented," Jill Harrison, founding member of the Bow Valley Food Alliance said.

"Cody is helping us pivot where Canmore is, where Banff is, where Lake Louise is, where the MD is ... for example the Malcolm Hotel soup program is finishing up, so we are trying to find where another program might be able to pop up. Cody can work with us equally and see which pieces can translate across the whole Bow Valley."

Hired on two weeks ago, Alba said she has been focusing on immediate food distribution in Bow Valley communities, collaborating regionally and nationally with representatives in the same field of work and communicating with municipal representatives highlighting needs and gaps, and figuring out how to best help and represent each other.

For example, after hearing that the Canmore Food Recovery Barn noticed a lot of leftover bread after each food recovery pickup night, Alba connected the food barn organizers with the Filipino-Canadian Association of the Bow Valley to donate the extra bread to the recently initiated food hampers program the association was running for its members and people in need.

“[We] can help with needs and surpluses and finding those connections,” Alba said.

The former researcher turned coordinator was also working with Malcolm Hotel Soup for the Soul program, which raised over $10,000 from its Monday to Friday soup initiative that ran from March 27 to May 15; Banff’s Grizzly House free meal program that was available to seniors and the vulnerable population and Mountain Fire Foods that was donating prepared meals to those in need during the pandemic – to name a few.

While a lot of the focus has been on immediate food distribution, Alba said she is excited to continue the great work the alliance has been doing.

For example, the recently released Bow Valley Food Charter that had its first signatory earlier this month, from ID No. 9 council, as the alliance prepares to ask the rest of the councils in the Bow Valley while also finalizing supporting food sovereignty research documents for Canmore and the MD of Bighorn.

“It is not just about immediate food revision and response – we are really trying to ensure we are bringing best food practices,” Harrison said.

Another example is the Good Food Box, a monthly delivery of 20-25 lbs of fresh produce, which originally kicked off in Banff, but now runs from Lake Louise to the MD of Bighorn with the help of the food alliance. It is a program that was also the recent recipient of a $10,000 grant from the Canmore Rotary Club Charitable Foundation COVID-19 Relief Fund.

“We are establishing as a network that individuals and businesses can come to,” Alba said.