CANMORE – The Town of Canmore is scaling back some of its bigger and noisier fireworks events after the municipality reviewed the program earlier this year.
Jun 20, 2018 7:44 PM By: Tanya Foubert 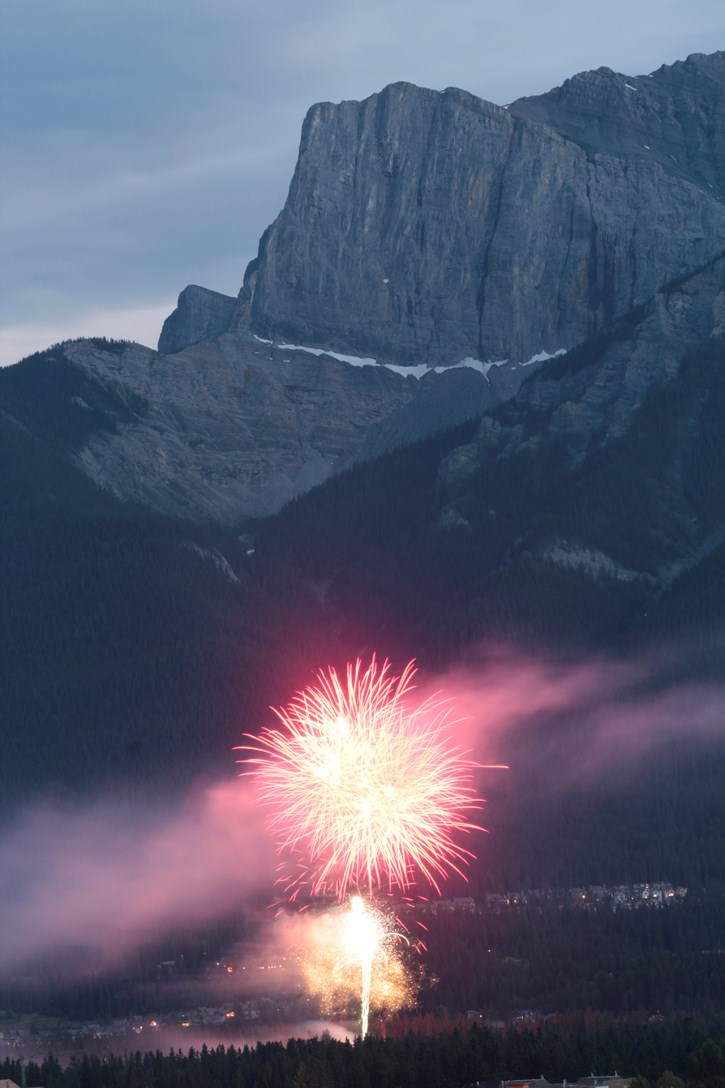 CANMORE – The Town of Canmore is scaling back some of its bigger and noisier fireworks events after the municipality reviewed the program earlier this year.

Prompted by changes at the Town of Banff with its fireworks display program, Canmore took a look at alternative options to noisier fireworks used for its Canada Day and New Year’s Eve celebrations.

Earlier this year, Banff decided to eliminate noise-producing fireworks and instead provide pyrotechnic displays for the public at its celebration events due to the effect they may have on wildlife when they are set off and echo through the valley.

Canmore’s supervisor of arts and events Chris Bartolomie said the municipality looked at what other mountain-based communities like Banff are doing, as well as what the Calgary Zoo allows during its fireworks displays. She said the Town was aware of a study the zoo conducted into how animals are affected by fireworks displays.

“We looked into noiseless fireworks first of all and what kind of fireworks the Calgary Zoo in particular uses, because we wanted to know the impact on animals and we knew they were doing a study,” Bartolomie said.

She said the zoo’s examination found that some species did not respond well to the noisier fireworks, which are the ones that go higher in the air and have more effects when they are used.

As a result of those findings, she said Canmore has decided to eliminate those kinds of fireworks.

“All fireworks make a sound – all of them do – so if you want to reduce sound to its absolute minimum, you cannot have high-level fireworks,” she said.

To use only pyrotechnics like Banff has chosen to do, would require a display with a platform and would only be visible to those at the site they are being used. Bartolomie said that option was the most expensive and least impressive. The review found the duration of a fireworks show would also be affected by switching to the limited amount of pyrotechnics available on the market currently.

At this time, Canmore’s two fireworks displays, last 25 minutes in total each year. As for noiseless fireworks, they are not currently available in Canada, as they do not have the proper licencing from the federal government.

Bartolomie said while Canmore decided not to switch entirely to pyrotechnics, it has eliminated the noisiest of the fireworks from its display.

Calgary Zoo, according to a staff report to council in April, switched to pyrotechnics two years ago and has chosen to switch back to fireworks due to how much they cost and the value spectators get from the show.

“The Calgary Zoo has formally conducted research on site for animal welfare around fireworks,” stated the report. “Given their findings, their show was modified to be low noise/low impact, but they still use commercial grade fireworks – this is what the Arts and Events Department recommends for Canmore shows.”