“Because the loudness everywhere you go it’s hard for them, they have to have their headphones on to drown out all the other sound. It’s a safety issue when you think about, so having this coming into place is amazing."
Feb 24, 2020 3:00 PM By: Alana MacLeod 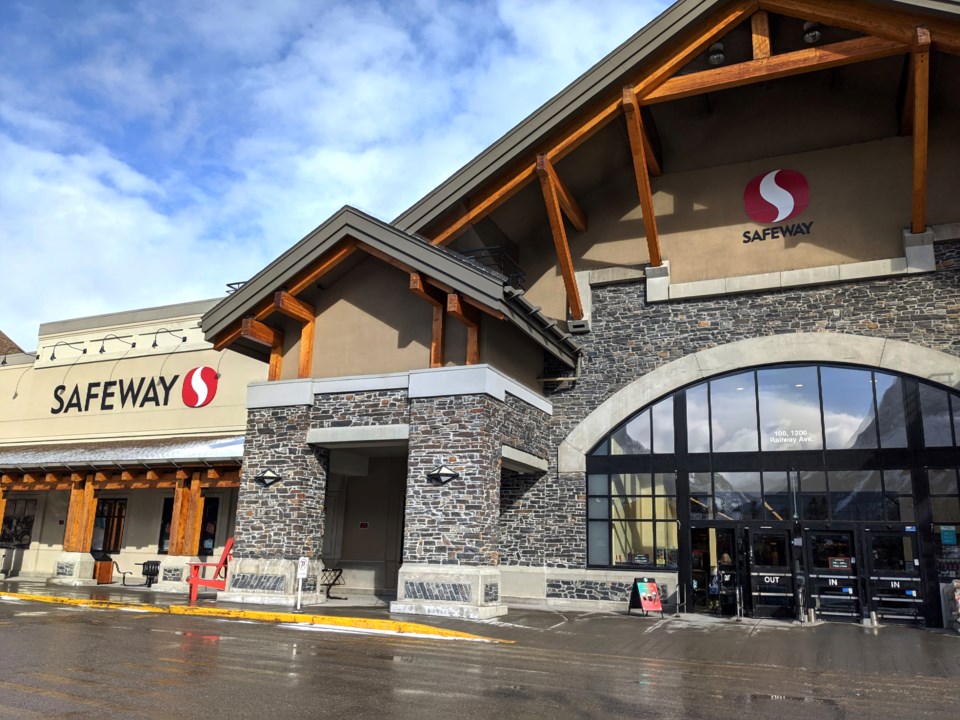 Canmore Safeway is now offering a two-hour shopping window for those living with sensory issues, such as sensory processing disorder or autism, in which the employees turn off the intercom and music, dim the lights, turn off cash register sounds and refrain from moving grocery carts.

CANMORE – A grocery store chain in Canmore is doing its best to ensure all shoppers have a positive experience – even if they need silence while they do it.

Safeway has introduced sensory shopping, a two-hour shopping window for those living with sensory issues, such as sensory processing disorder or autism, in which the employees turn off the intercom and music, dim the lights, turn off cash register sounds and refrain from moving grocery carts.

The initiative is company-wide and kicked off in September 2019. Here in Canmore, it’s proving a success for those who either have sensory disorders or who have family members that do, like community member and Safeway employee, Jody Teynor.

“My daughter is 23 years old now and I wish this would have come into place when she was younger,” said Teynor.

Teynor’s daughter has Asperger’s and sounds such as the buzzing of a light bulb could feel extremely loud to her.

“The Asperger’s is a huge part, it’s a huge factor. It’s not necessarily a disability, but it gives them a disadvantage,” she said.

“Because of the loudness everywhere you go it’s hard for them, they have to have their headphones on to drown out all the other sound. It’s a safety issue when you think about it, so having this coming into place is amazing. She even likes coming in shopping now by herself.”

Empire Company Limited, the company that owns Safeway, Sobeys, IGA, Thrifty Foods, Foodland and FreshCo, has rolled out what they call “Sensory Friendly Shopping Hours” at more than 450 stores across the country.

In a press release sent out in December, the company explains the initiative began with one store in Prince Edward Island (P.E.I.).

“The idea initially began as a grassroots initiative at one Sobeys store in Prince Edward Island and quickly expanded to Nova Scotia, and eventually through Atlantic Canada,” the release said.

“Continued positive customer feedback around this initiative has fuelled the cross-country momentum to create a national network of stores with inclusive environments for all families to shop.

According to Autism Canada, one in 66 children are diagnosed with a sensory-related disability every year. With autism in particular, the website said sensory issues are believed to stem from neurological dysfunction in the brain.

“It is believed that these sensory difficulties stem from neurological dysfunction in the brain. We are bombarded with thousands of sensations daily. Our ability to integrate these sensations by attending to the important ones and filtering out the non-essential input helps us to function efficiently.

“Without smooth functioning of this system, the individual is unable to accurately interpret his/her environment and respond and adapt,” the Autism Canada website says.

“More often than not, children with autism exhibit unconventional reactions to sensory stimulation. Some children show a hypersensitivity to stimuli (e.g. can hear lights buzzing, cannot tolerate touch, are fascinated with spinning objects, must smell everything, etc.) while others display a hyposensitivity to stimuli (e.g. demonstrate high pain tolerance, act as if deaf, etc). “

“It’s not really something that’s talked about too much. Most of the public wouldn’t even think otherwise… It’s not really out there. It’s nice to see our company is thinking outside the box and doing things that are innovative and inclusive.”

“Even some of our employees with children, we have one in our deli department, he brings his daughter in during those shopping hours,” said Rennie.

“Anything that’s a noise is avoided, for the two hours they can enjoy the nice quiet, lights dimmed shopping experience.”

For more on sensory friendly shopping hours, Vong is available by email at henry.vong@sobeys.com, or you can visit the Canmore location.