Coalspur Mines (Operations) Ltd. is asking the federal assessment in relation to the coal mine expansion be “quashed or set aside.”
Sep 2, 2020 2:00 PM By: Jenna Dulewich 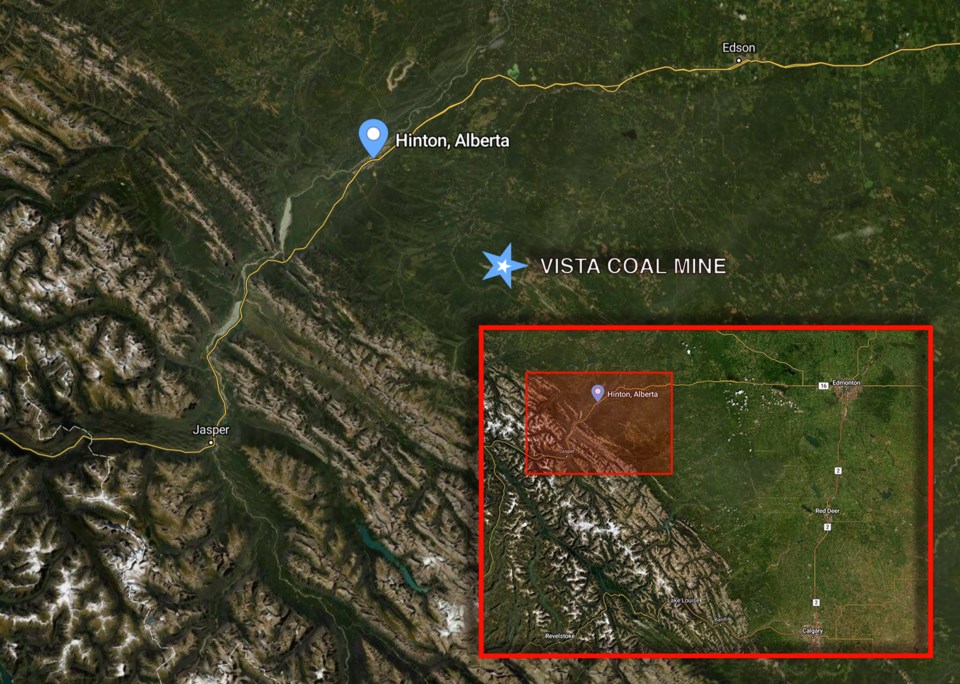 Stoney Nakoda Nation has joined the ranks in voicing concern about the proposed open-pit coal mine along the Rocky Mountains in southern Alberta. RMO PHOTO ILLUSTRATION

ALBERTA – The Alberta coal mine company that has been designated for a federal assessment is now asking for a judicial review.

Coalspur Mines (Operations) Ltd. filed a request for a judicial review on Aug. 28 on the grounds the federal assessment designation order is “unlawful, incorrect, unreasonable and/or unconstitutional exercise of ministerial discretion.”

“The minister's reasons for the Designation Order are internally incoherent and present an irrational chain of analysis that cannot be justified based on the facts and law, including the constitutional division of powers,” the lawyer for Coalspur Mines (Operations) Ltd. wrote in the notice of application.

The company is asking the federal assessment be “quashed or set aside.”

The notice of application is the latest for the proposed Vista Coal Mine expansion project near Hinton, Alta.

Last December, the federal Environment and Climate Change Minister Jonathan Wilkinson ruled the proposal to expand Vista Coal Mine Phase 1 to an open-pit surface coal mine for the extraction and export of thermal coal, did not warrant a federal assessment.

Stoney Nakoda specifically cited loss of access to lands and waters; additional damage to lands, water and environment; loss of important habitat for culturally significant species including deer, moose, elk and fish; destruction of important plants and medicine; impacts of thermal coal mining on climate change and greenhouse gas emissions; and the resulting impacts to the environment that supports Stoney Nakoda's way of life and exercise.

The Nation also stated that at no point had it been consulted on any aspect of the existing Vista Mine nor the expansion phase.

In a July 30 statement, the federal minister announced he reversed his decision and was ordering a federal assessment for the proposed project.

Wilkinson cited the potential for the project to cause adverse effects within federal jurisdictions, adverse direct or incidental effects, public concern related to these effects, as well as adverse impacts on Aboriginal and Treaty rights.

The federal minister also noted part of his reasoning was the fact the mining operations are just below the 50 per cent expansion threshold at 49.4 per cent and well above the total coal production capacity threshold of 5,000 tonnes per day – both facts previously reported by the Impact Assessment of Canada.

Coalspur said it proposed the project in 2018, with the expectation of construction of Phase II to start in January 2022 and operations projected to start in April 2022. The company also proposed a test mine in 2019, for an exploratory underground mine with limited life and production, located within the boundaries of the existing Phase I mine permits and licences.

In the recent application, Coalspur’s lawyer noted the company has yet to file an application with the AER for approval of Phase II, which they said will trigger a provincial environmental impact assessment, which should address any concerned raised as it will be dealt with through the provincial and regulatory processes.

“By designating the underground test mine and/or Phase II, the minister acted unlawfully, unreasonably and unconstitutionally,” the lawyer wrote.

The minister has not publicly responded to the application.