A helipad for commercial helicopter tours has been proposed for the base of Mount Yamnuska – an area of the Bow Valley considered an ecological jewel and hiking and climbing mecca.
Jun 22, 2017 12:00 AM By: Rocky Mountain Outlook 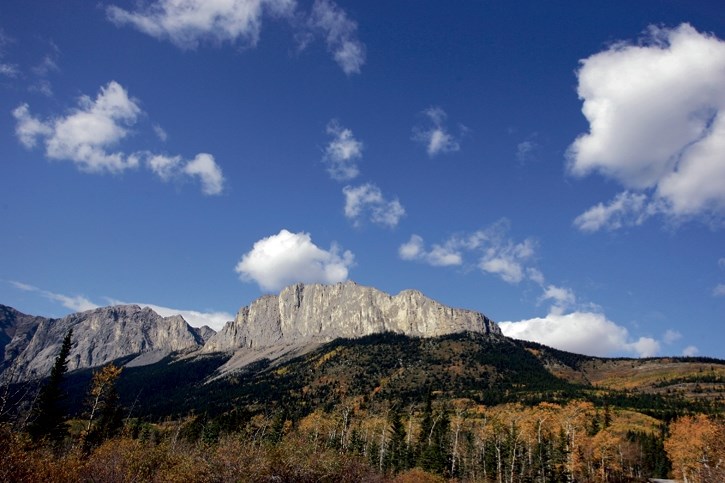 A helipad for commercial helicopter tours has been proposed for the base of Mount Yamnuska and conservation groups, climbers and recreational users are opposed to the idea.

A helipad for commercial helicopter tours has been proposed for the base of Mount Yamnuska – an area of the Bow Valley considered an ecological jewel and hiking and climbing mecca.

The proposal from Rockies Heli Canada is drawing opposition and concern from conservationists, guides and climbers, who fear extra noise and helicopter activity will detract from the experience in this treasured area.

The helicopter company no longer has the lease for sightseeing tours based out of Stoney Nakoda Resort and Casino, so is trying to find a new location. Alpine Helicopters was successful in a request for proposals and starts operating at the casino on Aug. 1.

Rockies Heli Canada could not be reached for comment, but provincial government officials say Alberta Environment and Parks is leading and coordinating the review of the company’s Yamnuska application.

“The application is currently under review by staff,” said Hanlon. “The TFA review process can include referrals to internal and external stakeholders as well as affected agencies at the discretion of the reviewer.”

The Yamnuska area is a region of great scenic beauty, geological interest and biological diversity of habitats – and is an incredibly popular area for climbers, hikers and nature lovers.

Andy Genereux, author of the last two climbing guides to Yamnuska and one of the Rockies’ leading route developers, is very concerned about the possibility for a helipad at its base.

“It would prove to be a tragic episode in the use of this space,” he said, noting it is a very special ecological reserve and goes against the grain of preservation and acceptable use.

“In the past, special interest groups have tried to have an RV park and golf course. For obvious reasons these usages were denied.”

Genereux, who has established more than 40 major routes on Yamnuska, said he believes most of the outdoor community, including climbers and hikers, would not agree with a helipad there.

An active climber of Yamnuska for 43 years, he said his first ever climb was on Ravens End.

“Adding more traffic – extreme noise pollution and increased human traffic – from helicopter operations is not conducive to improving this area, but would prove a huge negative impact on wildlife and existing recreation use,” said Genereux.

There have been other applications for a helipad in the Yamnuska area over the past decades – one in 2010 and another in 1998 directly across Highway 1A from Yamnuska.

Bow Valley Naturalists, supported by other organizations and individuals, led a push for permanent protection of the exceptionally rich and diverse region around Mount Yamnuska during province-wide hearings on land use along the eastern Rockies in 1973.

“Our initial reaction is that approval of a helipad in that location would degrade one of Alberta’s most special and precious natural areas,” said Peter Duck, BVN’s president, of this newest application.

“Allowing an airfield in this location would be wrong,” he added, noting cumulative development continues elsewhere in the Bow Valley

“The existing Stoney Nakoda Resort and Casino flights along the face of Yamnuska create not only noise pollution, but serious rockfall hazard for climbers on the face and hikers along the base of the cliff,” he said, referring to Rockies Heli Canada.

“Generally, climbers would be adversely affected by any further helicopter activity in this area. I would strongly recommend this proposal be terminated.”

Canmore’s Barry Blanchard, famed alpinist and mountain guide, has spent more than 500 days climbing Yamnuska as an amateur and professional.

“Yamnuska used to be quite quiet, but the world’s a bigger place, there’s more traffic – and helicopter flybys are part of climbing Yamnuska now,” said Blanchard, who learned to climb on Yamnuska in the 1970s.

“Noise is a big issue for anyone wanting to enjoy the Yamnuska experience.”

The Alberta Ministry of Transportation also received a copy of the helipad application on June 5.

Spokesperson Bob McManus said Alberta Transportation is one of several stakeholders that have been asked to provide comment on the application before June 30.

He said the proposed helipad is within 300 metres of Highway 1A and therefore requires a roadside development permit from Alberta Transportation.

“Alberta Transportation’s review of the application will focus on ensuring minimal impacts to Highway 1A,” he said.

“From our perspective, we want to ensure the continued safety of the highway near the proposed development and minimal distractions to drivers.”

McManus said the application is being reviewed to ensure the intersection on Highway 1A can safely support any increased traffic from the proposed development and that drivers are not distracted by helicopters taking off and landing.

“Our review may include requirements that the operator must undertake to address these or other concerns,” said McManus. “Examples of such requirements could include adequate tree cover between the helicopter takeoff location and the highway.”

He said the MD has asked for an extension until July 21 so the issue can go before the municipal planning commission on July 19.

“It came in with such short notice,” said Ellis, noting the MD has no opinion at this point. “They wanted a quick turnaround and we just can’t do that. We need time to do a thorough review.”