Former judge and best-selling author John Reilly is turning 70 on June 26, and he has a lot to reflect on during his time in Cochrane as he plans his upcoming birthday fundraiser party.
0
Jun 23, 2016 12:00 AM By: Jenna Dulewich 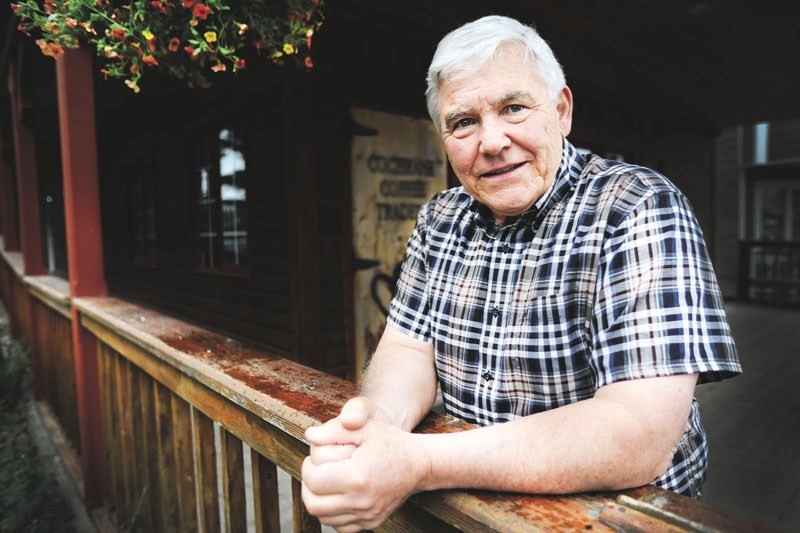 Ret. Judge John Reilly is turning 70 and continues to be an advocate for First Nations people.

Former judge and best-selling author John Reilly is turning 70 on June 26, and he has a lot to reflect on during his time in Cochrane as he plans his upcoming birthday fundraiser party.

Known for his advocacy – and sometimes controversial – work with First Nations, Reilly held the distinction of being the youngest judge ever appointed to Alberta’s Provincial Court in 1977 when he started working in Cochrane in the 1980s.

“After I started working in Cochrane I realized the majority of offenders were aboriginal people from Stoney… I really knew nothing about First Nations back then,” Reilly explained over coffee.

The retired judge said there was a change between the 1980s and 1990s with a growing awareness toward the “plight of aboriginal people.” In the 90s he made it his mission to learn as much as he could about aboriginal people and why it seemed they were so over-represented in the legal system.

According to a Statistics Canada 2014/2015 report, aboriginal adults continue to be overrepresented in correctional services as aboriginal people represent three per cent of the Canadian adult population but account for one-quarter of admissions.

In 1997 a new provision was added to the Criminal Code under the Purpose and Principles of Sentencing stating a court that imposes a sentence shall also take into consideration “all available sanctions, other than imprisonment, that are reasonable in the circumstances and consistent with harm done to victims or to the community should be considered for all offenders, with particular attention to the circumstances of aboriginal offenders.” Reilly viewed the new provision as an opportunity to launch a Crown investigation into conditions of the Stoney Nations.

“It wasn’t considered proper for a judge to advocate for a cause – I thought I was doing work to do justice to the people who appeared before me but I was attacking the system that was failing them,” Reilly said.

“A judge shouldn’t say the system he is working in, isn’t working.”

The investigation launched – a decade before the Truth and Reconciliation Commission of Canada was officially established – caused a lot of backlash. Reilly’s chief judge at the time requested Reilly be transferred from the Canmore, Banff, Cochrane area to Calgary, citing Reilly had lost his “objectivity.”

Reilly fought the transfer and won, and continued working in Cochrane and surrounding area until he retired in 2008. He served for 33 years on the bench.

Not one to retire quietly, Reilly continued to serve as a supernumerary judge while also publishing two controversial books, Bad Medicine: A Judge’s Struggle for Justice in First Nations Community, published in 2010, and Bad Judgment: The Myths of First Nations Equality and Judicial Independence in Canada, published in 2014.

“I have tried to keep active with my efforts to help aboriginal people,” Reilly explained.

The former judge said he is busy working on his third book about “bad justice,” a novel that will talk about the problems with the Canadian justice system.

“One of the problems with the justice system is it is too punishment oriented, where it should be more social oriented where you take the problem and deal with it in a resolution-oriented system,” Reilly explained.

In the midst of his busy retirement, the former judge has also been planning his 70th birthday party where he wants to raise funds for First Nation youth projects, with an open invitation to everyone.

“The moment of real change for me occurred at the Morley cemetery when I noticed all the youth in the cemetery,” Reilly reflected.

“I just want to help and put money in the bank for future aboriginal youth projects.”

The Canmore Rotary Club will be accepting donations for the Rotary’s First Nations Youth Projects, on behalf of the former judge’s birthday.

Reilly’s birthday bash is taking place at Georgetown Inn, located at 1101 Bow Valley Trail in Canmore from 1 p.m. to 4 p.m. on June 26. To make an online donation, go to rotaryclubofcanmore.ca/charitablefoundation.