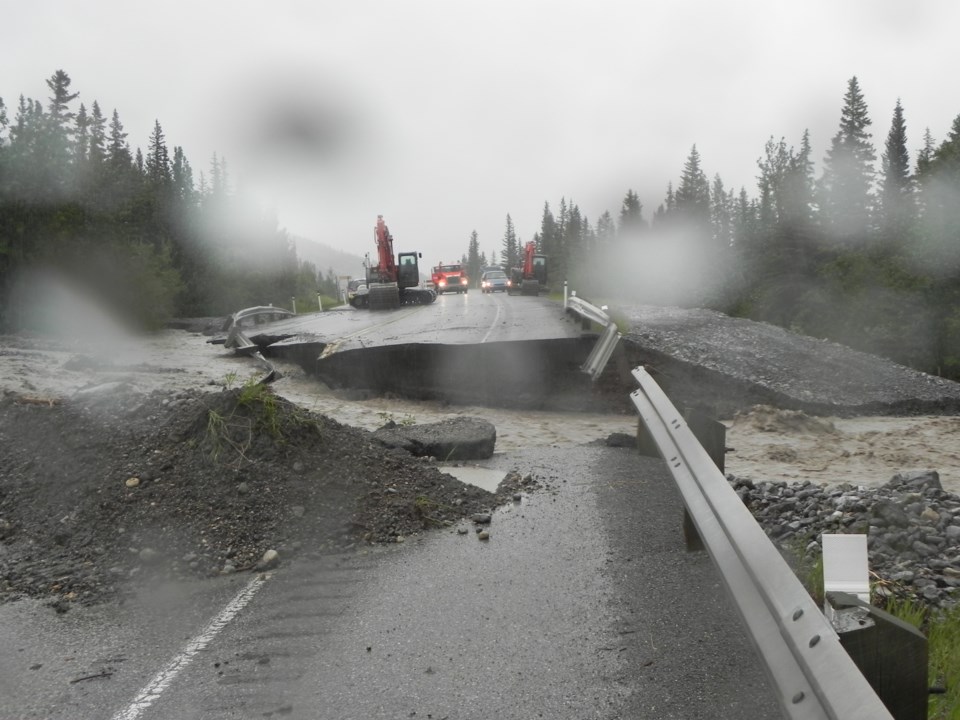 LAC DES ARCS – Heart Creek is getting a makeover.

As the seven-year anniversary of the 2013 southern Alberta floods approaches, the MD of Bighorn announced another important piece of the flood mitigation puzzle as local contractor Bow Kor Excavating Ltd. was recently awarded a contract to mitigate Heart Creek for $2.5 million.

“We don’t know when the next flood will be, but we do know there will be more floods,” Reeve Dene Cooper said in a press release earlier this week.

Since the floods of 2013, where several Lac Des Arcs properties were destroyed and others damaged from a combination of flooding in Heart Creek and the Bow River, the MD of Bighorn has been working with the provincial and federal governments to secure funding for Heart Creek along with a number of other flood mitigation projects, including Exshaw Creek, and Jura Creek.

Now thanks to grants from the government of Canada’s Disaster Mitigation and Adaption Fund and the Alberta Community Resilience Program, and funding from the MD of Bighorn, the Heart Creek project is ready to go.

“A small municipality like ours would not be able to undertake a project of this size without the financial assistance of the federal and provincial governments – we are very grateful for their contributions,” Cooper said.

Expected to be completed in late 2020, the Heart Creek project is designed to protect the hamlet of Lac Des Arcs and the Trans-Canada Highway from a debris flood with a return period of up to 300 years.

“We are making historic investments in infrastructure that makes communities such as Bighorn more resilient to flooding," Catherine McKenna, Minister of Infrastructure and Communities said in a press release.

"I am pleased to be a partner in this important flood protection project and look forward to continue working together to create jobs, build a better, more prosperous and more resilient Alberta and Canada."

Earlier this year, the MD secured $8.7 million for the Heart Creek, Exshaw Creek and Jura Creek projects through an ACRP grant before the program was terminated.

At the time Cooper called the funding cut “a surprise and really unfortunate,” but officials were hopeful for a sufficient surplus to proceed with more work as phase one was completed. Phase two, which had plans to amour the earth banks, putting riprap – also known as rock armour – at certain points along the creek, was not.

The plan was to have Exshaw Creek and Heart Creek completed and paid for when officials would know how much, if any, surplus was available to use for Jura Creek.

“We still have a couple more creeks that require flood mitigation. Jura Creek is our next priority,” said Doug Fulford, the MD’s Director of Flood Recovery. “We are currently trying to secure funding to complete Jura Creek as soon as possible.”

For the Heart Creek mitigation plan, contractors decided on a risk-based approach to mitigation design instead of a hazard-based approach, according to the report from BGC Engineering Inc., which means the risk is estimated based on the consequence of the various hazard scenarios.

“Through iteration, the ‘design event’ is then defined as the lowest return period hazard scenario that will reduce life loss risk to levels deemed tolerable by the MD. While no limit of tolerable economic risk has been set, the mitigation measures will also lead to substantial economic risk reduction,” the report reads.

Officials said the MD of Bighorn is breathing a sigh of relief knowing its residents, as well as highway infrastructure, will soon be protected from a Heart Creek debris flood.

“There has been a tendency for Heart Creek trail users to park in the ditch beside the Trans-Canada Highway," Fulford said.

“For safety reasons, parking in the ditch will not be permitted for the duration of the project.”