Hiker dies after fall near Canmore 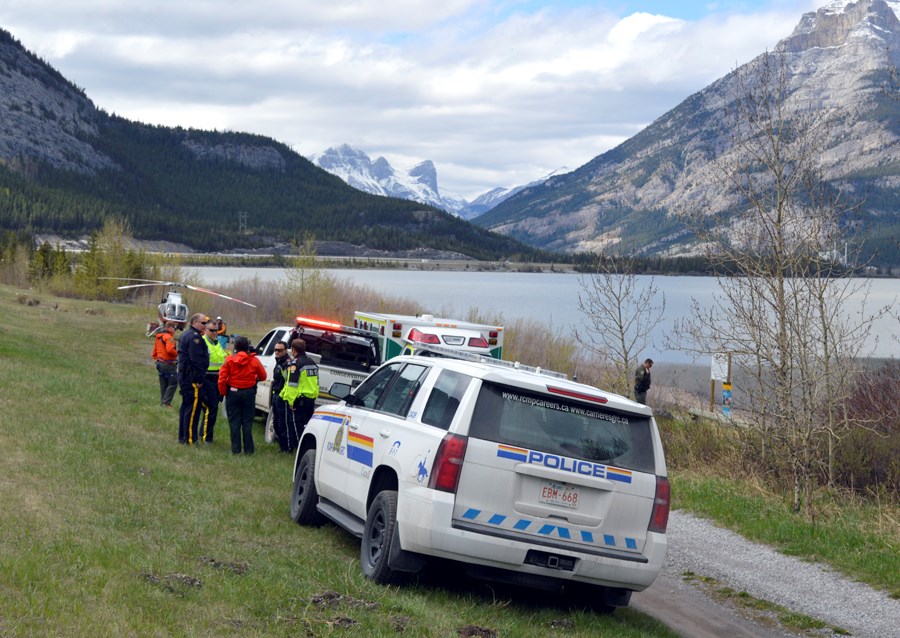 Emergency response authorities parley at a staging area in the Lac Des Arcs hamlet on Sunday (May 19) afternoon.

On Sunday (May 19) around 1 p.m., Canmore RCMP responded to a report on the mountain, about 20 kilometres east of Canmore, to assist on a search and rescue effort for a hiker who fell from it.

STARS air ambulance was originally called to the scene around 1:36 p.m., but was called down shortly after.

At approximately 4:30 p.m., RCMP confirmed the man's body was located and recovered from the area.

RCMP said the man was believed to be with another hiker at the time.